Things I didn’t know before becoming a mom

You know, when you’re a mom, people feel totally free to give you all sorts of advice and warnings.  Whether you asked for it or not, they just come FOC. ^^ But mostly it boils down to ‘how you’ll fall in love, so deep a love you never knew you had it in you.’  That is true. But everyone knows that.

What about the other side of it?  The things nobody bothered to tell you because if they did, the world population would probably drop drastically wtf.  But mothers have short memories when it comes to the crappy (pun intended) side of motherhood.  There are  definitely things I didn’t know about being a mom, UNTIL I became a mom. I realized that if that was me, other new mothers would have experienced the same too. 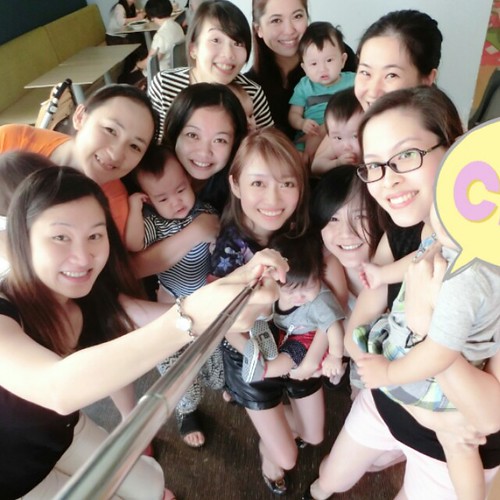 So I spoke to the lovely ladies of #DayreMoms (the bunch of moms from Dayre whom I met up with) and together we compiled a list.

So here it is! Things we never knew until we became moms.

All those nursery rhymes? They all come flooding back.

All those nursery rhymes and kids’ songs that you thought died with your childhood?  They never went away, merely went into a dormant part of your brain until the emergence of your first child.  Then they all come busting out and you’ll find yourself singing them (sometimes the entire day) with great gusto, complete with exaggerated gestures.  And your biggest reward is a gummy smile.

“Poo has never been a more welcome sight.” – Vickie

Before you become a parent, poo is something at which you screw up your nose in disgust.  If you’re lucky, when you go to the toilet you wipe your butt and the mound of toilet paper you throw into the bowl conceals what’s underneath so you never even have to encounter it with your eyes.  And heaven forbid that poop is discussed anywhere in polite conversation.

Enter a baby and suddenly poop becomes the most necessary, fascinating subject.  We discuss baby poo – the amount, frequency, texture, color – like scientists conducting research.  And nobody is disgusted.

Best of all, when you see a diaper filled with poop, it’s always an occasion to rejoice!  Especially if it’s been a few days!  When Fighter pooped after four days of constipation, I wanted to frame it up.  I never saw a more beautiful sight that day.

“I never knew I could do so many things at once and still feel like I did nothing all day when my husband comes home and asks what I did today.” – Pam

When Pam said this, I was like IKR!!! But the truth is, if you’re not a (stay at home) mom, you don’t.  In the early days, Fatty would come home in the evening and ask me the same question, “So what did you do today?”

And then I’d go into a spiral of self doubt: “Yea seriously. What did I do all day? I suck!” I decided to observe what I did and here’s a rough timetable of my day:

Wake up to baby crying, give him milk. Doze off and wake up again to baby yelling for someone to play with him. Change diaper. Pat him back to sleep unsuccessfully for thirty minutes. Give up and take him downstairs and try to feed him breakfast, shoveling spoonfuls of soggy cereal in my own mouth in between. Wipe up inadvertent mess. Take him upstairs and fill his bathtub.  Give him his bath while singing at the top of my lungs to drown out his IMBEINGDROWNED screams. Wrap him in towel and rock him for five minutes for him to calm down. Put on diaper, moisturize, put on clothes, clean his nose with a Qtip, taking frequent breaks so he’ll stop crying fml. Time for his next feed so I go heat up another bottle and feed him.  Then put him on my shoulder and pat him to sleep for 15-30 minutes.  Gently put him down in his cot or else he’ll wake up and make me repeat the damn patting routing He finally naps! Rush to pump milk for 20 minutes, THEN only brush my teeth and wash my face. I think there’s time to squeeze in a poop but oops no, baby is up and wailing, so sorry sphincter, you’re gonna need to work extra hard to keep it all in wtf.

And all that before lunch.  Repeat for the rest of the day. I get to squeeze in maybe 1-2 hours when he’s napping, or when the helper is free to take him off my hands to get some work done but that’s it.

So in conclusion, my whole day was filled but I have nothing to show for it.  No completed report. I haven’t gotten any further in my latest blog draft.  The baby looks exactly the same as he did when his daddy left in the morning.

Which brings me to the next point…

“I didn’t know I could hold my poo for five days because I was too busy.” – Pam

Yep, back to poop again.  The topic mothers never seem to get away from wtf.

Okay that never happened to me, probably because I’m prone to diarrhea wtf.  But the other day, I actually had to take a dump while holding Fighter in my lap.  I figure that comes close.

“I didn’t know normal movements could make so much noise.” – LC

I stand by the belief that new mommies if ever they need another job, can go apply to be ninjas wtf.  When you’ve just spent an hour coaxing a cranky baby to sleep, you don’t want to f*ck it up by closing the door a little too loudly.  Or accidentally putting the bottle on the table a little too strongly.  The consequences are dire. (i.e. spending another hour rocking baby until your back gives way.)

Vickie says she sneezes into a pillow to muffle the sound, but I go one step further and pinch my nostrils shut so I don’t even sneeze wtf.  I’ve mastered the art of walking on tiptoes across a room and turning a doorknob all the way while pulling the door shut millimeter by millimeter.  I’ve learned how to slide an object slowly onto the table instead of just placing it down to avoid any knocking. I shush anyone talking downstairs in case Fighter’s bionic ears pick up a decibel.

And if Fatty bursts into the room while I’m rocking Fighter to sleep, I slaughter him.

“I didn’t know kids could make friends out of all of us.” – Pam

Vigorous nod.  I knew Wendy from her days in Nuffnang, Pam from blogging events but we never went beyond hi-bye.  LC was my high school senior and I used to read her Livejournal but we didn’t know each other and probably never would if we weren’t all new moms.  We’re all from different backgrounds and in different fields of work but we became friends just because we share the one common bond of motherhood.

I remember one time after Fighter was born, I saw Wendy at a wedding. We never really went beyond small talk before but I remember spending a large chunk of time chatting with her about babies while she fed Caden in her lap.  And when we went home, Fatty said to me, “wah suddenly you and Wendy have so much to talk about now.” Hehehe.

And it goes beyond that too.  If I  have Fighter with me, women of all ages inadvertently smile at us and goodwill is born.  If we’re at the pediatrician’s, we always end up chatting to the other parents there, as though we’re all long lost friends.  I’ve never seen it happen without kids involved.

It’s a strange, new, wonderful world, is parenthood.  If you’re planning on kids, here’s a starter guide into that world.  If you have kids already, go ahead and tell the rest of us what else you didn’t know before becoming a parent! 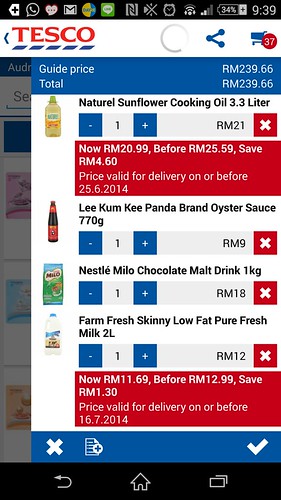 Since we’re on the topic of auntie topics, I’d just like to brag that I did my grocery shopping on the Tesco Online Shopping app on my phone WHILE blowing my hair dry.  Multi-tasking at its finest! (Tesco Online app can be downloaded at Google Play Store nowww.)