Party in our crib 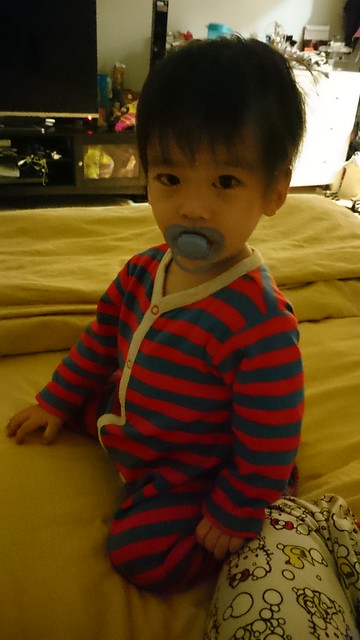 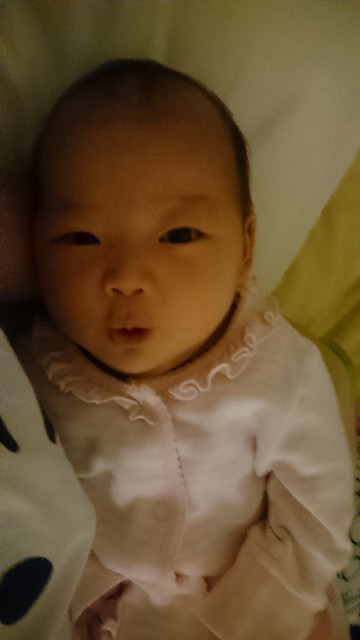 The story is, at 9 pm I was burping Penny after her feed when I heard Fighter yell from his room. Penny was half asleep by then so I carefully put her down on my bed, on her tummy while I went to see to Fighter.

Turns out he woke up and couldn’t find his pacifier. -_-

Picked him up and he laid on my shoulder instantly.

Then I started having spooky thoughts. Shit why did I put Penny on her tummy. What if she rolls over on her face and suffocates without me knowing!?

I figured I would rather have a crying child than, you know, no child at all so I gingerly crept back into my room, still carrying Fighter.

To my relief, Penny was fast asleep with her head turned safely to the side.

But not for long!

Fighter got super excited at being allowed out of his room at night. He perked up and pointed at Penny and shouted, “HEY!!!”

And Penny stirred. FML. She started grunting in her usual newborn way and Fighter found it very funny. Double FML.

He started snickering which roused Penny even more and she began to wail her head off. Triple FML.

My consolation prize is I managed to calm her down while telling Fighter to lie down and go to sleep next to me. Penny calmed down and looked around at us with wide eyes. Like ooh what we doing mommy? 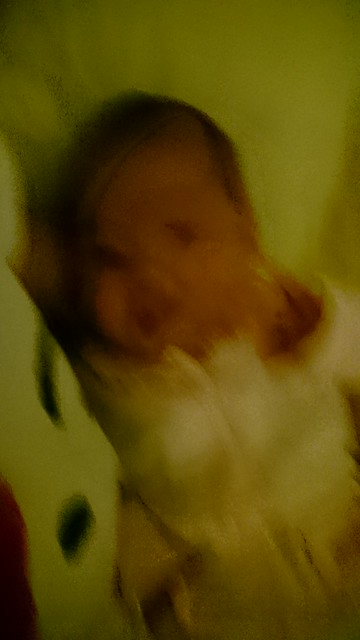 I thought her face was super cute though and being such a blogger, I snapped her picture (see above)

Too bad Mr Lack of Attention had to ruin the first attempt by trying to squeeze himself on my lap so he doesn’t miss out so my hand shook hahaha. #FOMO 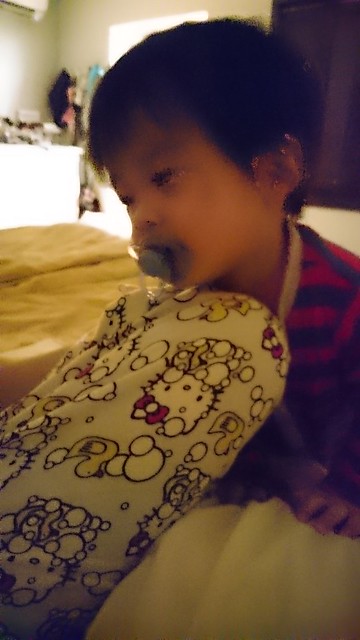 And here he’s rolling around and trying to rest his head on any body part of mine just to manja. Lol.

Tried patting them both to sleep but to no avail. One would get excited, triggering the other off and kaboom Party people hey it’s Friday night wtf.

In the end I became a weight lifter and picked them both up and walked downstairs. To look for nanny. (I normally give her evenings off so she can rest and do her own stuff)

I thought I could put two babies to sleep together but I couldn’t. D:

Nanny took Fighter from me (Penny had fallen asleep again just by walking downstairs hahaha) and we both trudged upstairs again. But Fighter saw me going into my room without him and wailed.

So I exchanged Penny for Fighter and attempted to put him to sleep. 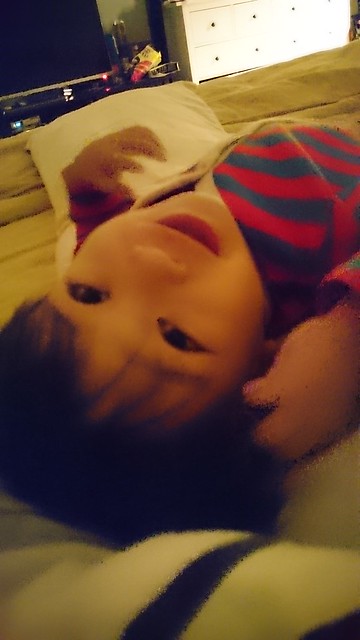 Does that look like a face that wants to sleep I ask you. He was rolling here and there and having the time of his life. -_-

Anyway my entire Friday night was spent lying on my bed avoiding eye contact and pretending to be asleep so my toddler would go to sleep. -_- Couldn’t even go to sleep for real cos I needed to pump milk still.

How was your Friday night? *forced smile

(all photos taken with my Sony Xperia Z3 in nearly complete darkness, only the bathroom light was on.  How good is the night camera!?)