So Fighter first week of preschool is nearly over!  How did it go?

There you go hahaha.  My vlog of his first day at school.

There’s a lot that I didn’t capture to be honest because my arms were full with crying toddler wtf.

On the first day, he happily enough put on his uniform.  He had a mini meltdown before we left the house but I don’t even know what that was about – think he was just sleepy wtf.

The first two days I managed to ninja out of the class after depositing him and telling him I’ll just be outside.  Of course there were some tears but nothing compared to the third day. FML.

The third day (yesterday), he already wised up wtf.  The minute the car stopped in front of the school, he started bawlling. T_T

He cried and clung to me the whole way from the car to the classroom.  He refused to even get down and play, and just gripped my body with his limbs like a koala sigh.

Every time I tried to raise the subject of me leaving, he’d cry louder and clutch me harder. T___T I kept reassuring him that I love him and I wanted him to have fun here and I’d be waiting outside for him when he was done but I don’t think he cared at all wtf.

In the end, the teacher literally pried him off me, screaming omg.  Worse, there was another little girl whose grandma had left who attached herself to me so I had two crying children to leave haahahaha T____T

There has been progress though.  The first two days when I peeked in on him a full half hour before school ended, he was already standing near the door with his school bag and bottle HAHAHA.  Like all ready to GTFO of there. T____T

But yesterday, he was still playing around with the art paint tubes, and listening to a story like all of them. 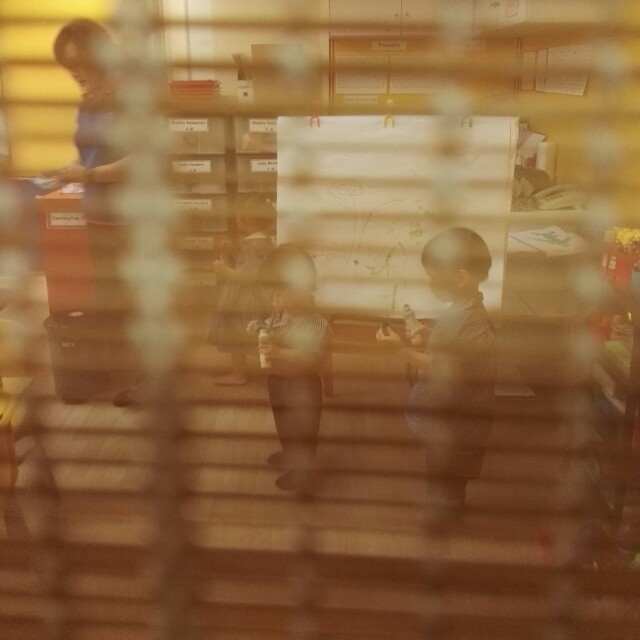 And when he came out of the classroom and saw me, he didn’t whimper or look tearful like he did the first two days.  He just broke out in a huge smile and said, “Mommy, put money.” #thingstoddlerssay

Dunno what he wants money for anyway wtf.

Anyway I’m just very glad things seem to be improving although I’m very sure he’ll still be crying his head off later when we take him to school.

It’s been a crazily emotional week for me too – accepting the fact that this is another step towards independence for my son, having to see cry when I leave is just heartbreaking, and entangling myself makes me feel so guilty, like I’m abandoning him at his worst time. T_____T

But of course I know this is for his own good and we just have to get through this phase until he settles down. 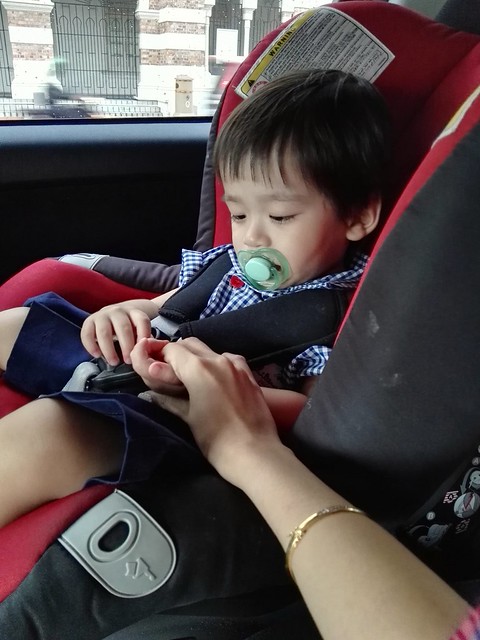 Since school, Fighter has also been quite sticky to me hahaha.  He now insists on us holding hands on the way back from school wtf.

If you had a kid starting school this week too, hope you guys had not too hard a time!