How my husband and I fight in our marriage

So this is obvious from the title, but a reader recently asked if I would blog about how Fatty and I resolve disagreements. 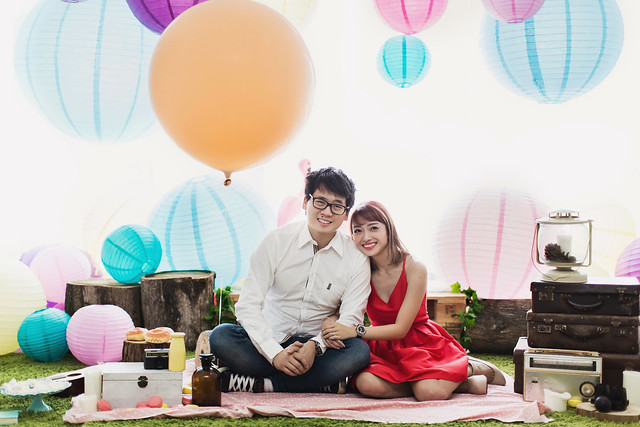 A lot of readers like to comment “#relationshipgoals” and similar on our pics *shy. But let me comfort you by saying we fight regularly also ok. If we didn’t it means that one of us is swallowing our anger and we’re just moving toward the day that one of us turns into a crazed killer wtf. #jokes

So yes, we do have fights.  I think we’ve mostly gotten our major differences out of the way in the early years so nowadays our fights are less um… existential?  They’re less about life and relationship philosophies now and more about bickering re: daily annoyances (like me forgetting to pick my dirty clothes off the floor wtf).  But when I think about it, we do fight in a certain way that consistently creates a positive resolution.

I narrowed it down and realized this is what we try to do.

Yea I know this point has appeared in tons of listicles very cliched hahaha but very true.  I hate the feeling of waking up and remembering I’m supposed to be angry wtf and I don’t believe it’s good to let arguments simmer anyway.

This rule is about fixing the bad stuff so we can move on to happier things faster.  Why stay angry or sad very fun meh wtf.

So if possible, we resolve the argument before we go to sleep.  Even if it means we’re lying in bed in the dark already but still talking things out.  The nice thing is though, when we’re done we can just ‘otter’ (our term for holding hands to sleep) and fall asleep at peace.

I actually know couples who do this – bring up past disagreements or unhappiness – usually to win an argument. D: In my experience it only makes things worse! If you’re going to resolve today’s argument, you have to do it without pulling in past problems.  It’s a distraction from the issue at hand and deters you from solving on the present issue rationally.

This means NO SILENT TREATMENT, you silent treatment ladies. *shakes finger*  Also no saying nothing is wrong when there is obviously something wrong.

Actually I am totally a silent treatment person wtf.  I used to give silent treatment all the time lolol.  Partly because I need time to myself to sort out my emotions and calm down so I don’t say anything stupid.  But also partly cos it’s a way of showing that I’m upset.  But truth is, it’s a passive aggressive way of showing anger and it’s damn irritating to be on the receiving end!  It achieves nothing but making the other person angrier wtf.

So I may be fuming silently, but if Fatty makes an attempt to talk to me, I will force myself to answer him properly.

As tempting as it may be, this means no behavior like sarcasm or eye rolling either.  It’s hard and I’ve probably done it before myself but again, contemptuous behavior like this is disrespectful to the partner and will rile up tempers even more which is not conducive to resolving fights.  It’s difficult cos you’re so upset yourself but you need to control that urge.

Again, I guess this is to win the battle, or to inflict maximum damage but I don’t understand people who throw out hurtful sentences like “Fine, break up la!” or “I hate you!” when they’re fighting with their partner!  You know that saying “sticks and stones may break my bones but words will never hurt me”?  WRONG.  Words hurt.  You may have won the battle but you just lost the war. (that was coined by me btw. I think. )

If you don’t mean it, don’t say it.  Once it’s out there, there’s no taking it back.  Even if you apologize, hurtful words will be remembered and it’s a crack in the relationship.  Too many cracks and any structure would eventually collapse.

I guess this is related to not saying stuff you’ll regret.  In a fight we’re angry and we want to inflict hurt on the other person because we’re hurt ourselves.  And we want to win the argument.  But it’s good to keep in mind that a fight is not just to air grievances but to try to fix the problem so we can move on.

Using words like “you always do this” or “you never do that” are damaging because chances are, what you’re accusing your partner of is probably not something they do or don’t do ALL of the time.  “Always” and “never” are all-encompassing words which negate any good that your husband or bf has done.

I read somewhere that in an argument, try to focus on yourself more than attacking the other person.  So instead of “You always slam the door on my face!” you say, “I feel pain when you close the door on me” wtf.  This is not a real life example of course hahahaha but the point is, focusing on yourself sounds less accusatory and the other person will not react as defensively.  And you guys get to talk over the problem more constructively!

Yea this is a tough one.  How many of you will say sorry?  I’m not talking about the “Fine la sorry la!” type of apology but a proper sincere one.

I’m not really good at this either but Fatty makes it a point to apologize if he realizes he’s in the wrong.  Don’t think that saying you’re sorry will diminish your pride; apologizing takes courage. Apologies converts a desire for revenge to a willingness to reconcile.   And anyway even if it does take away your pride, relationship > pride right? If you don’t agree then please reconsider yourself wtf.

Anyway I say so easy but still working on this wtf.

7.  When done, don’t keep it or hold grudges

So you’ve more or less settled the argument?  Someone has apologized? It’s time to move on. Yes, you still want to nurse the negative feelings and wallow a little.  But resist the urge and just get over it.  You’ve already sorted out the argument so what good is there to dwell on it?

And while we’re on it, refer to point two! Not just don’t dwell on it; once you’re past this argument do NOT bring it up again as ammo for future fights.

Fatty and I took years (and many fights) to get to this point.  Like I mentioned, I used to do the whole silent treatment thing, while Fatty would use the most hurtful words he could to win.  Luckily I have a hippopotamus hide and he also hot enough to tahan my Elsa treatment wtf.

I think the key point to take away is…. we try not to be too emotional when arguing.  When emotions aren’t kept in check, we say and do a lot of things that may irreparably damage the relationship and prevent us from solving conflict.

If you’re too upset about it, try walking away for a bit or giving each other space.  When the feels have died down a bit, then you can start talking in a more rational and constructive way.

Sometimes we cannot agree, and we literally agree to disagree.  Sometimes we have an “action moving forward”, eg one of us keeping the other’s disappointment in mind to avoid in the future.  It’s different each time but when we finish the argument, we move along with no hard feelings.

That’s generally how we try to fix our fights.  How do you usually resolve arguments?