So on Day 2 we went truffle hunting! To be honest when I saw it in the schedule I was a bit like uhhh. I don’t know why la but the word ‘hunting’ evoked images of dogs and horses and rifles WTF HAHAHAHAHA

So I was like erm I don’t know if I want to be so violent WTF even though I don’t know what picking mushrooms has to do with violence hahahaha.

When we got there though, my ideas completely changed! It is super super nice and completely doable for a couch potato like me!

Let the vlog do the talking!

And because I spammed my camera, here’s more photos for you to be jelly at hahahaahha. 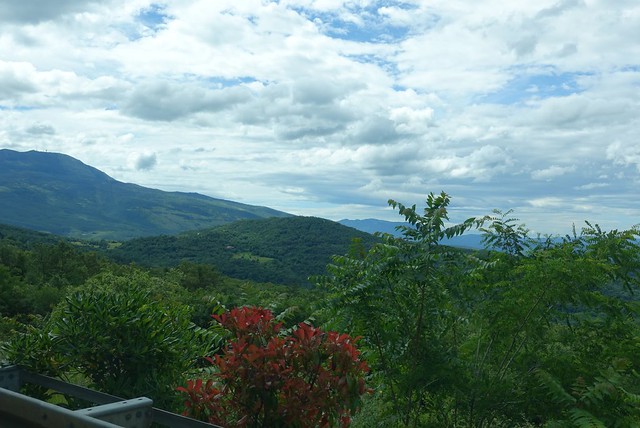 This was taken at Prodan Tartufi, the truffle …farm? Orchard? Hunting ground? I will actually never know what it’s called. OMG see the view also forget to breathe already. 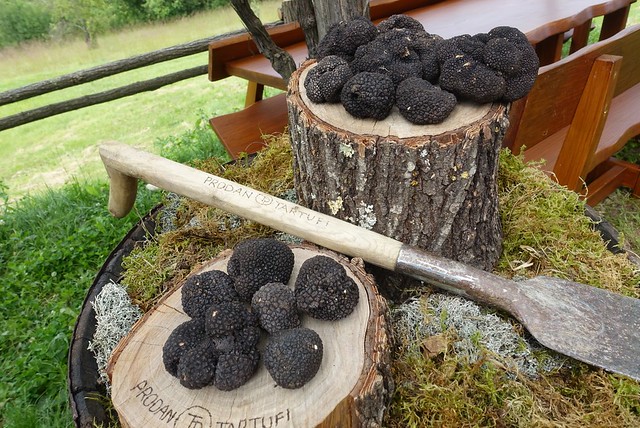 Where we were greeted by these babies!  The smell nearly killed me hahahaah it was sooo good! And it’s my first time seeing truffles in their original form – sorry ah very sua ku I can only identify them by their scent hahaha. 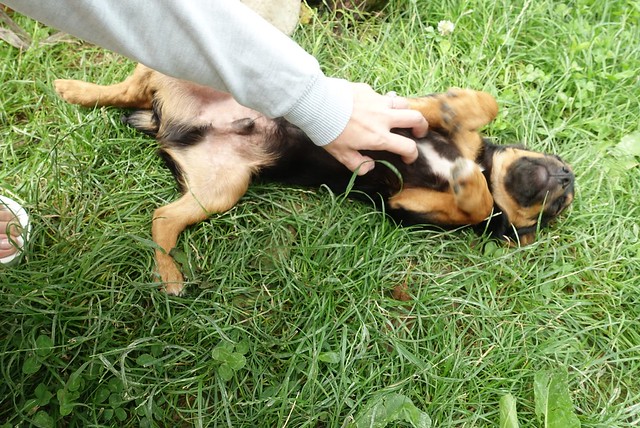 And this little fella!  His name is Pico and he’s a hunting dog (in training)!  Our host Visnja told us that among some of the restrictions placed on truffle hunting (to preserve its continuity I guess) is that a hunter must go with maximum two dogs – and one needs to be in training.

But see this little fella!  So cute and playful we have doubts over whether he can really do his job hahahahaha looks like his talent is being cute only LOL. 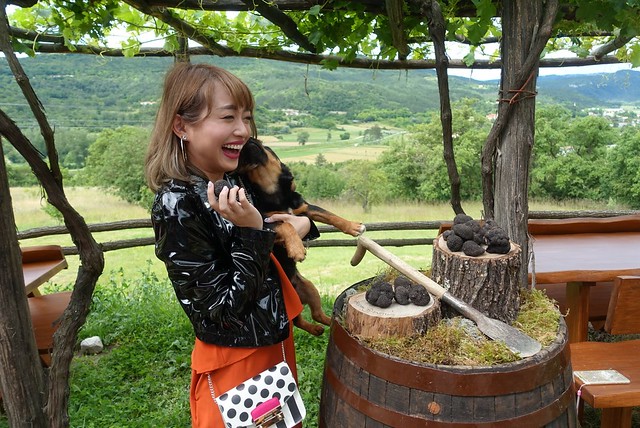 Wanted a photo with him but he kept licking my face! 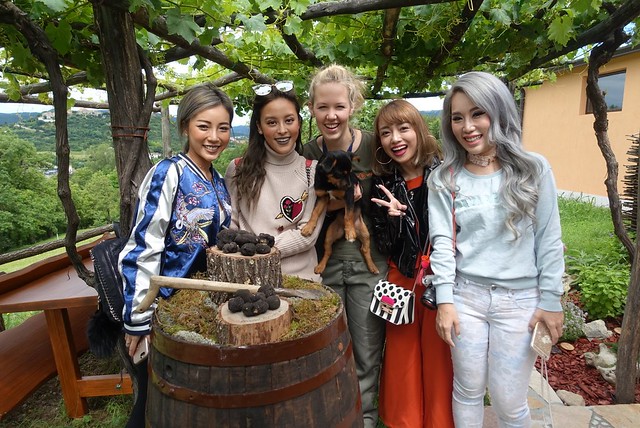 This is Visnja, our pretty host!  Prodan Tartufi is a family run business and from what I understand, besides holding truffle hunts (and a truffle feast!) for guests, they also bottle and make all sorts of truffle products!

So our hunt was super chill wtf.  I still had my leg brace on and I could keep up.  It was basically a walk in the woods with our hunting dog, Hermes (HAHA) while waiting for him to sniff out truffles. 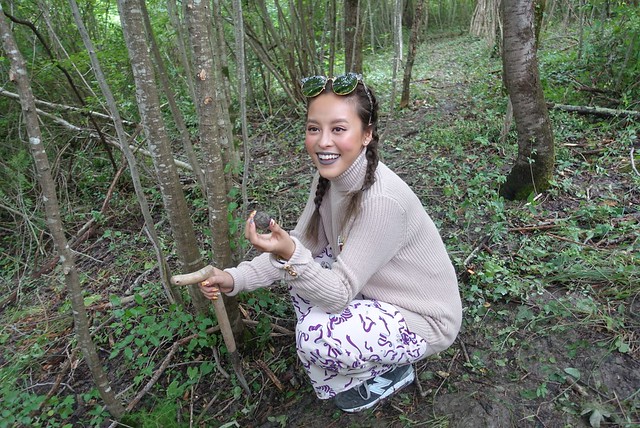 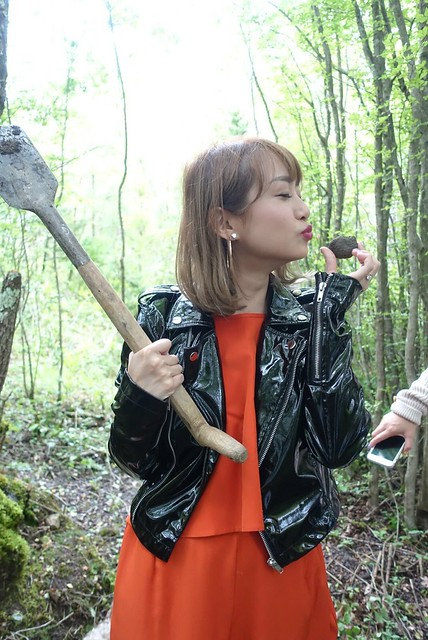 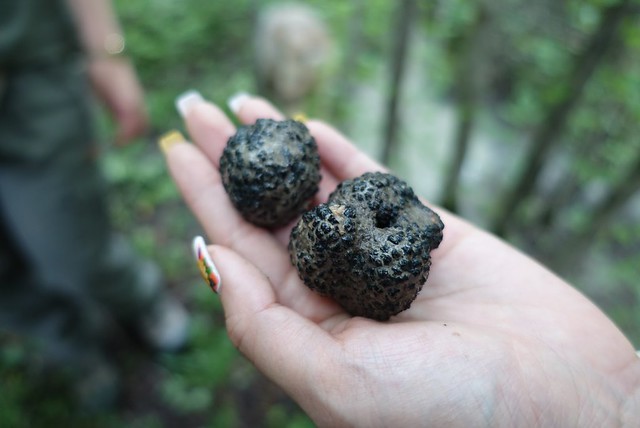 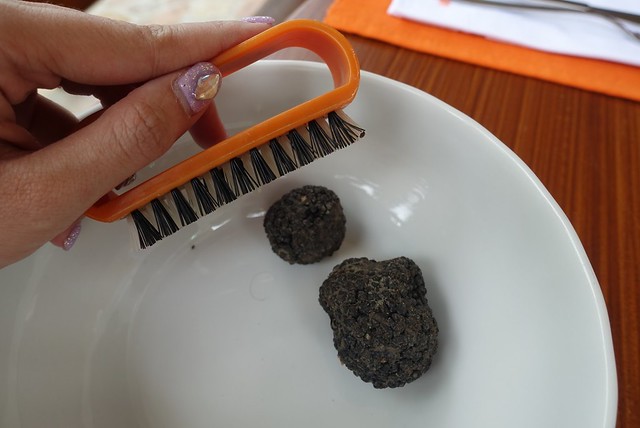 Truffles are found underground so you have to brush them clean with water. 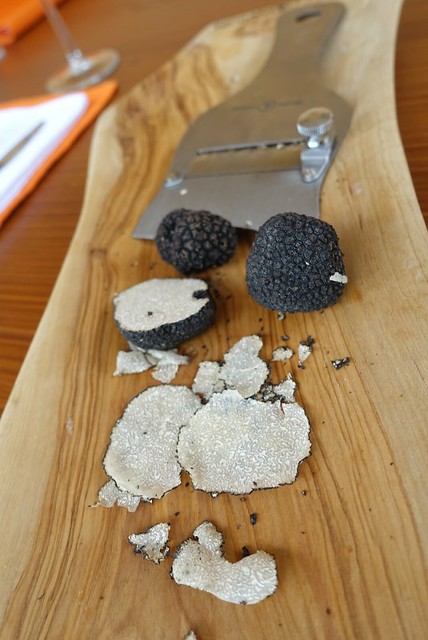 So mission was a success, next we sat down to a truffle brunch. 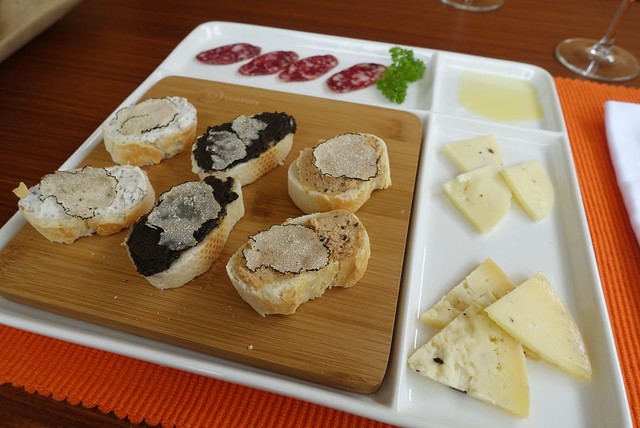 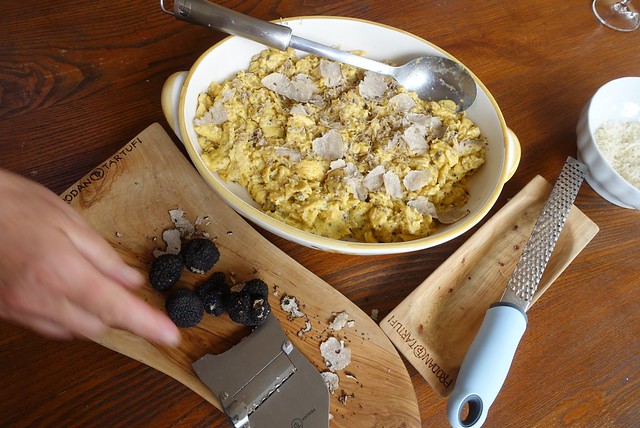 But then next dish was truffle scrambled eggs! I helped to cook them *proud (refer to video wtf)

The eggs were heavenly!  Prodan also rear chickens so their eggs are farm fresh.  They were also made with truffle olive oil I believe.  And then on top, we poured more shaved truffles ! 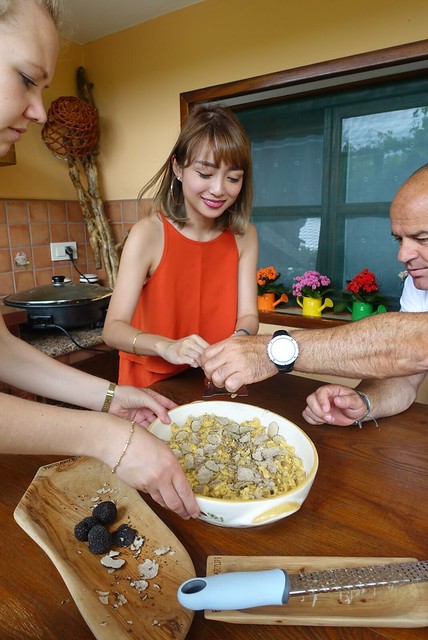 Here’s me shaving truffles.  Our guide Alen and Visnja kept shouting at me cos they damn scared I shave my fingers off WTF. Hahahaha but when Pear did it nobody shouted FML. 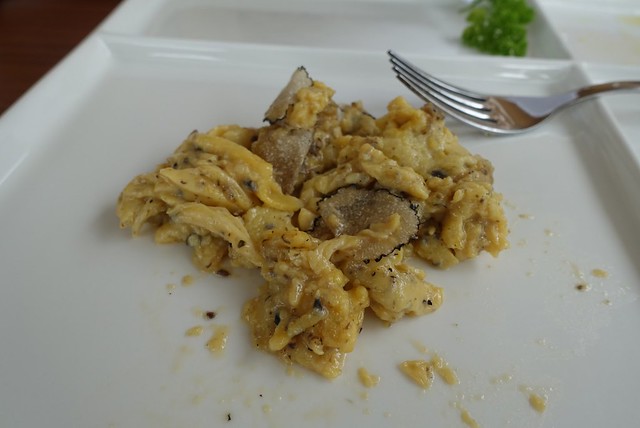 I was in absolute bliss. 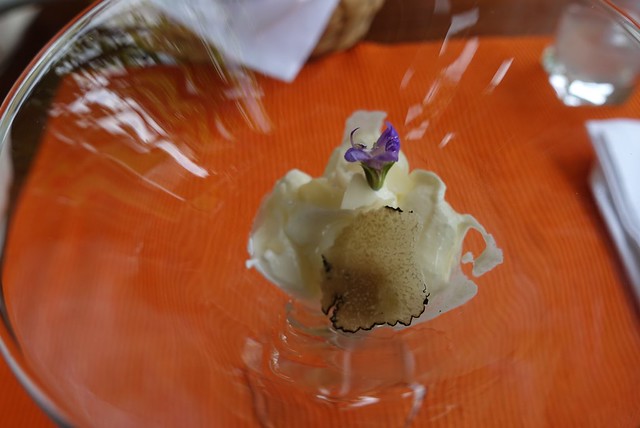 Just when I thought I could take no more, dessert was served.

Cream cheese with truffle honey drizzled on it, and a truffle shaving on top. 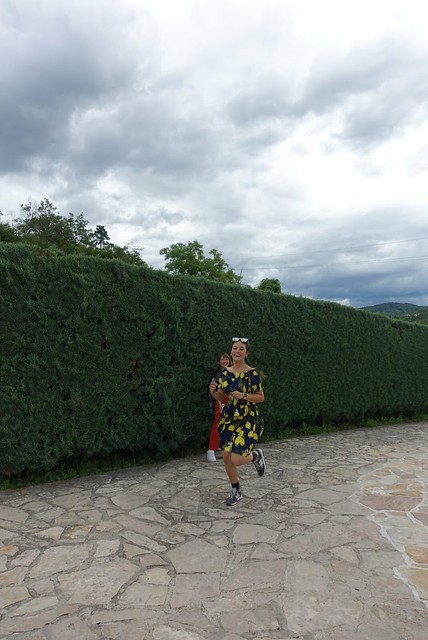 Place is so beautiful I just had to take a photo.  But Pear photobombed me AHAHAHHA.  She run like Olympic sprinter ok! To the car to get her bag hahahahaha. 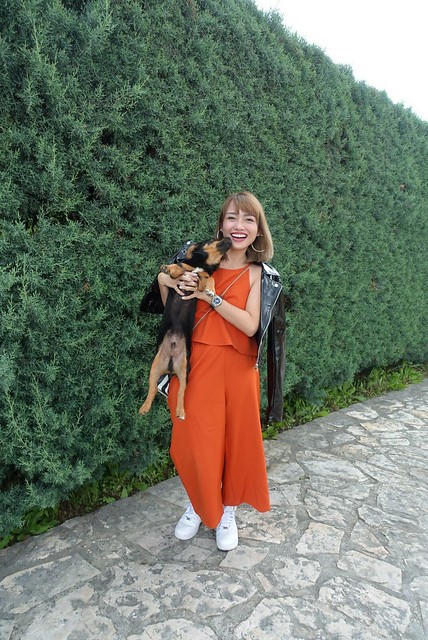 Then Pico came and photobombed me again!

After truffle hunting, we visited Hum, which is supposed to be the smallest town in the world. 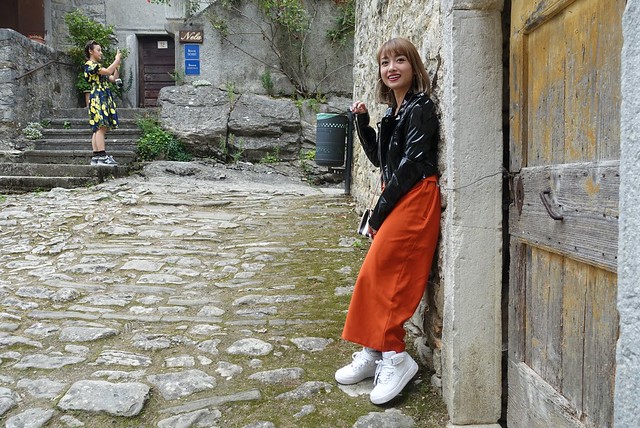 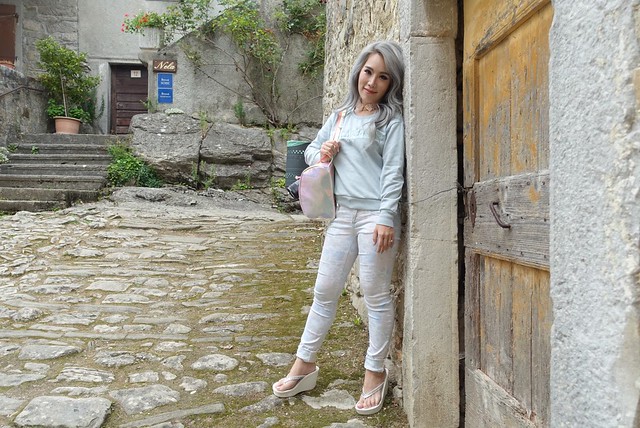 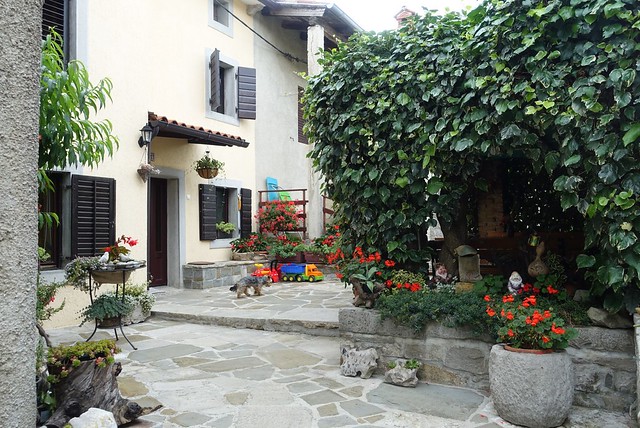 And here’s the prettiest house ever.  I don’t think anyone could live here and not be contented. 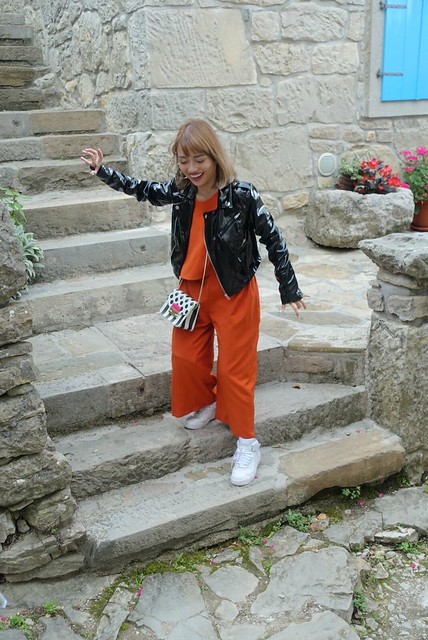 I didn’t know it was a house though and nearly barged in until I saw a woman cooking in the kitchen ahahahahah.

Then next stop was for lunch (which was at 4 pm wtf) and it was another truffle themed restaurant! *wipes saliva 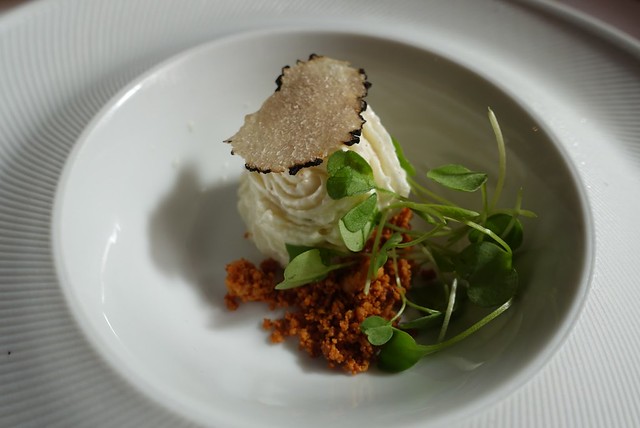 Sorry I’m a terrible food blogger but I don’t remember what this dish was hahaha.  Truffle mousse…something? 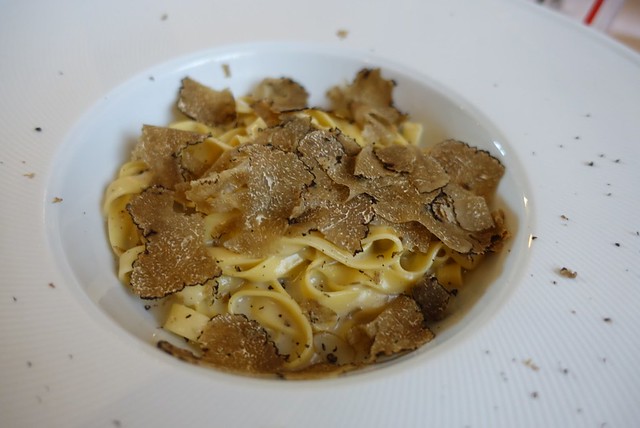 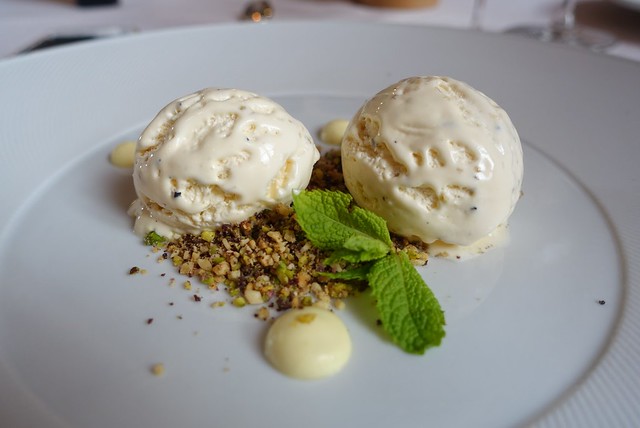 Truffle ice cream.  Their sweet combos sound damn off but in reality they’re all delicious! 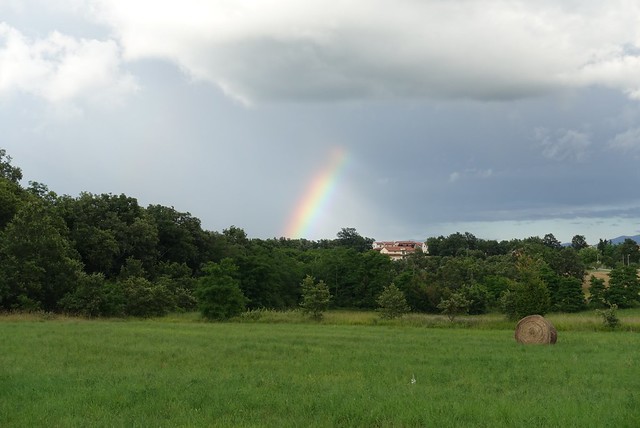 And on the way home… we saw a rainbow! 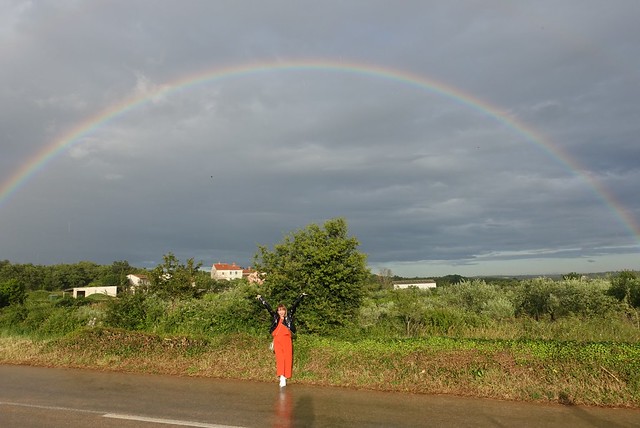 And it just got bigger and bigger until we could see the whole thing! Another first in my life :))))