What you should know about praising your children

Lately I haven’t been blogging (or vlogging) much and I have a very good reason!  I read a lot and often I go on tangents of different topics and totally immerse myself in it.  For example, it could be Chinese history so from Amy Tan I could progress to maybe Jun Chang and then Lu Xun. I’d read up all I can find about Chinese history then branch out into Chinese literature, biographies etc.  After China, I might move on to Japan, then to Afghanistan, then to women’s rights because.. Afghanistan.

So my latest obsession is education and the psychology of children.  So this book I’ve been reading is SUPER interesting.  It’s called Nurture Shock, written by Po Bronson and Ashley Merryman.

Chapter by chapter it focuses on a certain topic related to kids.  Based on proper scientific research and studies, it debunks misconceptions that we adults may have towards kids.  It shows sometimes the “solutions” we have towards problems may actually be backfiring and it is mad fascinating!

I thought it’d be cool to put down some of the things that really struck me here.  There’s a lot of information though so I’ll go through topic by topic ok.

Everyone thinks that praising a child is good for their self esteem and confidence.  But nope.  Only if the praise is specific and well deserved.  Kids older than preschool can already tell if praise is insincere and the effect is way negative.

Praise needs to be done right too.  A child, let’s call him Bill, say he has scored into the top 1% of his school and has been praised as smart.  He grows up thinking that he’s intelligent.  But a child like Bill is less likely to pursue something that he wasn’t good at from the start.  They are more likely to give up, and only target the “easy” tasks to preserve their self image of being clever. It causes them to underperform.

When you praise a kid for being smart, you send them the message that smart is an innate talent – you either have it or you don’t. They will not try further than that because they already think either they can do it or they can’t.  But if you praise a kid for his effort, he or she is more likely to work harder and achieve greater heights.

Many studies proved this.  One study had two groups of kids perform a series of puzzles, like an IQ test.  At the end, the researchers told each kid their score, followed by a line of praise.  Half the kids were praised for their intelligence, eg, “You must be smart at this.” The other half were praised for their effort: “You must have worked really hard.”

Then the kids were given a second test. They were told they could choose between a harder test but that they’d learn a lot from attempting this harder test, or they could do an easy test, just like the first.  90% of those who were praised for their effort, chose the harder test.  For those praised for intelligence, majority chose the easy test.  Ie. the “smart” kids took the cop-out.

Why? Cos when we praise kids for their intelligence, we tell them that intelligence is what matters.  So  kids choose to look smart and avoid the risk of embarrassment.  Putting in effort becomes a stigma – it’s proof that you can’t make it with your natural gifts.

In a follow up study, the researchers gave the kids a super difficult test, designed for two grades above them.  As expected, everyone failed.  But the two groups of kids responded differently.

After that the researchers gave all the kids a final test that was as easy as the first round.  The “effort” kids improved on their first score – by about 30%.  The “smart” ones did worse – by 20%.

Emphasizing effort gives a child a variable they can control.  Emphasizing natural intelligence takes it out of the child’s control, and it provides no good recipe for responding to failure. – Carol Dweck, whose studies these were.

So the moral of the story is: Praise your children but be careful when you do it and how. Parents praise kids as a way of showing our love and encouragement.  I find myself doing that to Fighter and Penny too!  “So clever!” and “Good job” roll off my tongue easily even when it’s doing something like picking up his toys after I nag him to. -_-

We praise with the intention of giving them confidence but in fact, indiscriminate, inaccurate praise creates the opposite result. 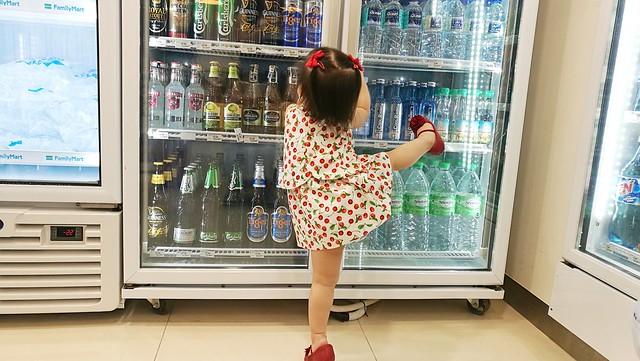 Good jo – I mean, you must be really working on opening the door, Penny!