MAS has responded.  They actually replied pretty promptly, late in the evening on CNY eve but I was too tied up with reunion to update yet.

I actually asked if they could set up a special hotline or email address or something specifically catered to passengers who encountered flight problems this Chinese New Year.  But they said that anyone who was affected this festive period can go through their regular channels instead as mentioned above.  To make it easier, I’m putting them down here.

They have pledged to sort out the cases whose passengers were affected this festive period the soonest so let’s give them another chance. Please direct your complaints there and I hope MAS will be accountable for their issues. 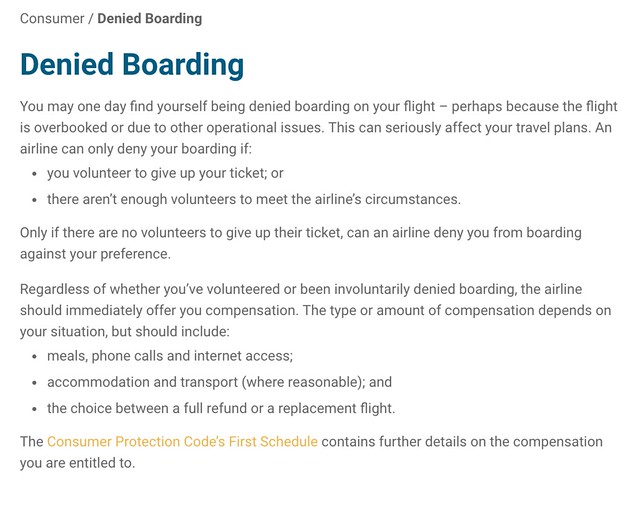 These are your rights if you’re ever denied boarding. Good cos I myself didn’t know this until this incident either. Please take note guys if any airlines try to pull a fast one on you again.

There were a few people who condemned me for overreacting. One remarked he hardly thought that this Malaysia Airlines mess ‘ruined my Chinese New Year’ and that I overreacted over a small issue.  He said I caused a lot of PR damage and named me a keyboard warrior.  (Hmm funny I thought keyboard warriors were usually anonymous.)

Another reader, who after accusing me of ‘cyber bullying MAS’ – really? I didn’t think I was more famous than MAS to be able to ‘use my influence to bring them down’ – told me my rant made me look like ‘a short tempered lady’ and nothing would come out of my blog post; all it would serve is make me look bad.  In fact, I was baffled when she asked me, “I’ve also had bad flight experiences. Since I don’t have a blog, should I write in to the newspapers about it?”

Huh??? Is she really asking this question?

YES. The answer is YES YOU SHOULD.

You know what guys? If I hadn’t written that post, maybe MAS would have continued ignoring us all.  If I didn’t cause “a lot of PR damage”, maybe this issue (which also affected so many other passengers) would not have escalated high enough for action to take place.  Six months from now, we’ll all probably be still banging out angry follow up emails, or dialing in to their hotlines trying to speak to a human customer rep.

For those of you who say “Nothing good will happen la. All you achieve is making yourself look like a spoiled brat.”

I beg to differ. The emails above happened.  All I have to say is, you don’t try, you never know. Never stop yourself from standing up for what you think is right just because you’re scared of how it makes you look. Every hero in history stood for their beliefs and for the truth. Galileo, Thomas Jefferson, Rosa Parks, Martin Luther King, Mahatma Gandhi… I seriously doubt they cared about how they “looked” wtf.

I’m not saying I’m that level la OMG far from it. -_- All I want is my dues and for everyone else who got stranded thanks to bad customer service.  But if anyone says, “don’t do it cos you look stupid!”, this should be your rebuttal to these unfathomable people.

Anyway, I really for those who were treated poorly by MAS this festive season or if you know any friends or relatives who were, please please contact MAS through their official channels.  I sincerely hope they will sincerely fix their customer problems.  Feel free to share this information and leave a comment to let me know if MAS have been keeping to their word. I hope they do cos I honestly did like our national carrier before all this happened.

Thank you and Gong Xi Fa Cai, everyone!