A story of some kiasu parents

This is the story of last weekend.

Fighter has been in Chiltern House – a bilingual preschool – for two years, and for kindergarten I’d actually planned to send him to a fully Mandarin school.  Cos I’m a complete ‘banana’ so I’m already not much help wtf. I want him to be exposed to Mandarin from an early age so it’s hopefully easier for him to absorb.

I’m not gonna say which school this is (but some of you may already probably guess) but Registration Day was on Saturday, 8 am onwards.

The catch is that we heard there was only 50 or so spots available for the morning session. I definitely didn’t want the afternoon slot and the morning confirm more popular anyway!

Being kiasu, Sieu Ee and I decided we’d go earlier, like at 5 am wtf.  Doesn’t matter if people call us kiasu no way was I gonna spend the next two years of my life ferrying Penny to school in the morning, THEN driving Fighter to his school in the afternoon. I might as well become an Uber driver then if Imma spend so much time on the road.

So on Friday night, I joked to Fatty that maybe I should just wear normal clothes to sleep and just wake up and go.  I climbed into bed at 9.30 pm, and carefully set my alarm. And I went to sleep.

Somehow, through the dredges of sleep I heard it. My phone buzzing. Shot wide awake and snatched my phone off the nightstand, convinced I’d overslept and it was morning and I’d be driving a Sunlight cab next year wtf.

It was Sieu Ee. She said, “I think you better come to school ASAP.”  Another mom had called her and told her to get her butt over as soon as possible and to call me too.

It was 1.15 am in the morning.  Remember, registration starts at 8 am. At 1.15 am, there were already 20 people lining up outside the school gate WTF.

Jumped out of bed and made it to the school gates at 1.45 am. 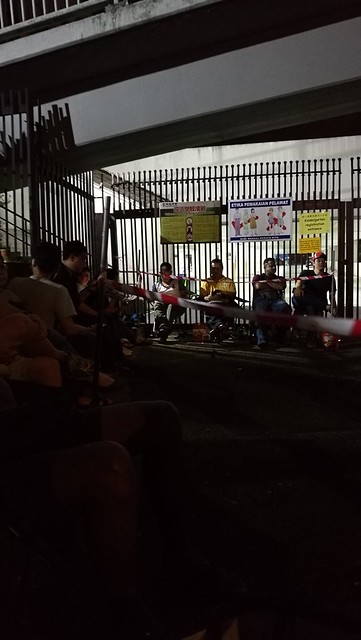 Behold! The sight that greeted me wtf.  The fella at the head of the line is actually a friend. I think he was enjoying himself thoroughly, smugly pointing people to the back of the line wtf. 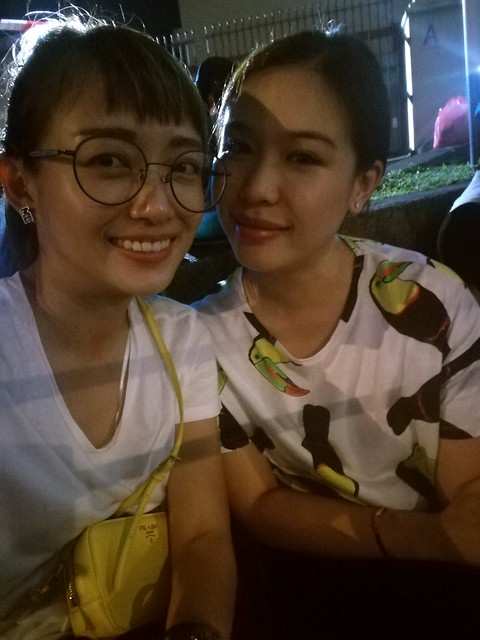 With my everything buddy. Thank god she called and woke me up T3T Even saved a spot next to her what would I do without you wtf. 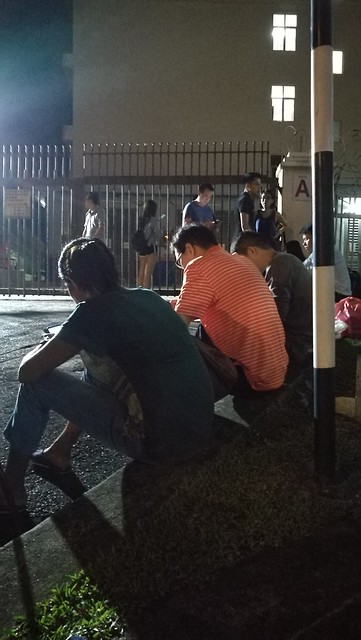 Here’s the line snaking behind us after maybe an hour.  We even brought stools and provisions so we just sat there watching other parents pull up in their various cars, get out and walk briskly toward the line of us, suppressed panic on their faces lolol. 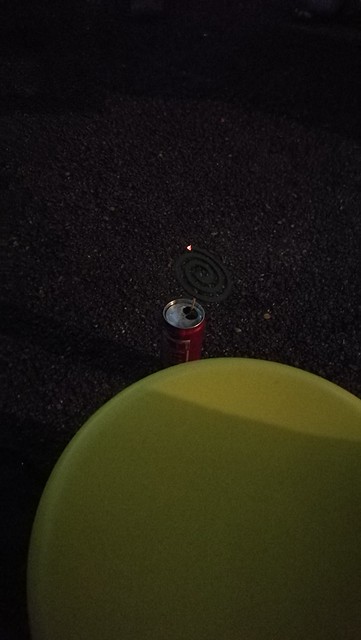 I brought Ikea stools only but other dads brought proper foldable camping chairs ok hahahahaha. And even mosquito coil HAHAHAHAHA. I’m made of 200% mosquito bait so the dad was nice enough to bring one over for me. 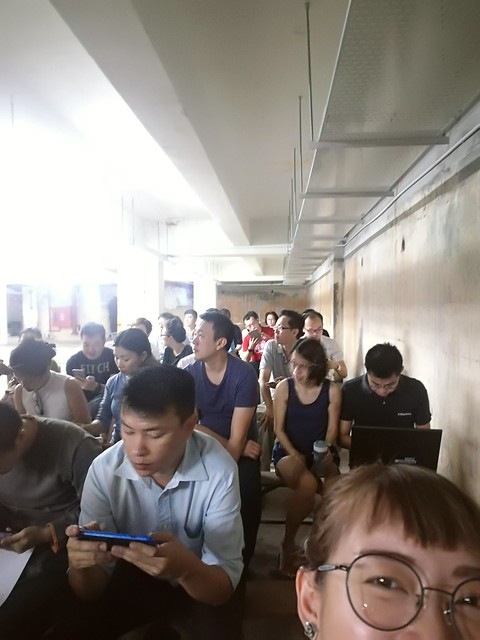 At 4 am they opened the gates wtf.  The teachers ushered us into the carpark to continue waiting.  Took a pic of the poor saps behind me hahaha.  It turned out I was number 20 – not too bad!

The whole process was extremely well organized and orderly I was even more impressed with the school.  The teachers were so cheerful and warm too despite it being 4 am and that they were surrounded by crazed kiasu parents. 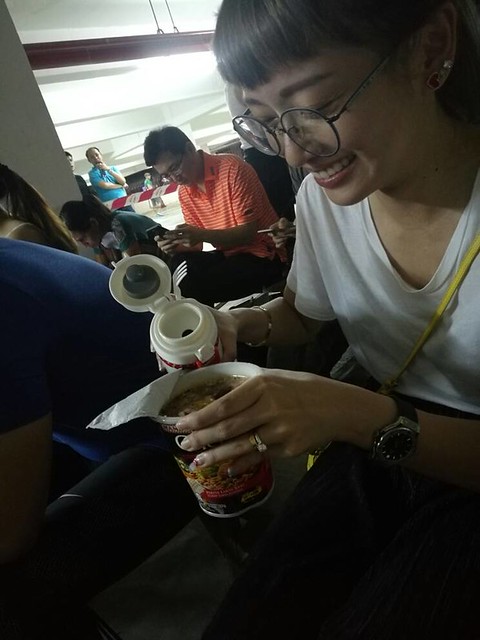 Luckily we came prepared WTF.  Sieu Ee the queen of planning, brought a whole Ikea shopping bag of snacks – cup noodles, chips, nuts, chocolate, packet drinks and even bottled drinks WTF.  I only brought a powerbank, stools and flasks of hot water for us to make noodles.

I also brought along my makeup bag because priorities.

Anyway stupid Sieu Ee took this photo of me making noodles hahahaha.  Mamee Cup naturally because we scared Mamee royalty got spies around watching us wtf.  As soon as I poured the water in, the smell soared up in the carpark and the man behind me even gave me a thumbs up sign wtf hahahahaha. #solidarity

To cut a long story short, I waited more than 6 hours in line to register my son for kindergarten and to pay the deposit.  I stayed up the whole night – something I haven’t done since college – and I didn’t even get concert tickets at the end lol.

If you’re wondering why the fuss for just kindergarten. Well it’s a very reputable school with limited slots.  Also a few early bird parents who went, snapped photos while waiting in line, sparking everyone else’s kiasu-ness, and creating a frenzy to go sit outside the school gates and wait.  The teachers said apparently this is the worst year in the history of school. :X  And this stampede involved a lot of Chiltern parents so now we have a reputation for crazy wtf.

We heard a carload of parents were heading to go wait at the school too, and they came into a police road block LOL.  Police stopped them and asked where they were heading this time of night.  The parents answered, to register for a school lolol lamest answer ever please.

And the police said, “oh *insert school name* ah? Last year also like this.” *waves them off*

I’m laughing in most photos cos it’s so ridiculous!  David came with Sieu Ee but kept retreating to the car to nap.  People were watching Korean dramas on their phones while they waited.  One mom apparently was pissed nobody called her early enough so when she got in she glared angrily at everyone ahead of her. Hahaha.

Definitely an adventure to tell people at parties la hahaha.  Even if I did miss a whole night of sleep and am still recuperating.  There must be a better way to do this because parents are just going to go earlier and earlier!  The first parent actually started camping out at 3.30 pm the day before WTF.  When it’s Penny’s turn in two years how!? 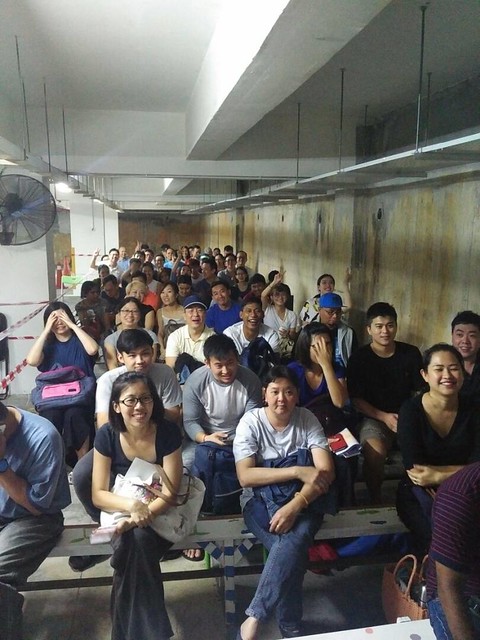 I feel so gross that I’m so kiasu also ok hahahaha.  The teacher I worked with for the registration, when told I’d waited since 1 am, told me I was very noble to do this for my son.  No lo! I’m doing it so I don’t have to be 24/7 chauffeur next year lolol she’s damn positive ok.

Whatever it is, I got the slot I wanted #kiasu #maximumauntie. My kids’ schedules are aligned wtf.