What Colony is teaching me

OMG never thought I’d see the day where I’d be writing about work hahaha. Can add more to my AudSlave blog category already wtf.  Not to say I’m a slave la wtf I just created that category title as a (bad) joke wtf. 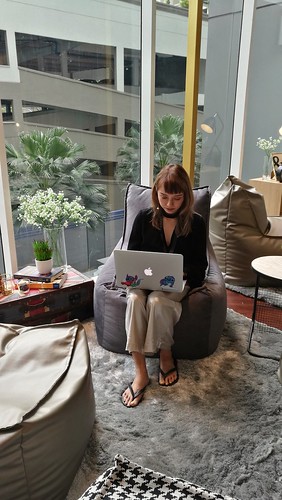 And not to say I didn’t think I wouldn’t learn anything working at Colony wtf.  But I’m finding it quite interesting to see the path my learning is taking at work.

Anyway I don’t know about you but I don’t particularly wanna read about other people’s jobs HAHAHAHA *self centered.  So go ahead and click the X if you gotta, but Imma write this as sort of a diary entry to myself la.

So when I first started work on Colony, my role was the conceptualization of the product itself – how we wanted it to look, the kind of facilities we wanted to include, etc. I learned a lot about design from Katrine and even Hui Wen who brainstormed with me at the beginning!  I also learned about the more technical side to renovation and remodeling, and how chauvinistic (some) men in construction can be hahahaha. 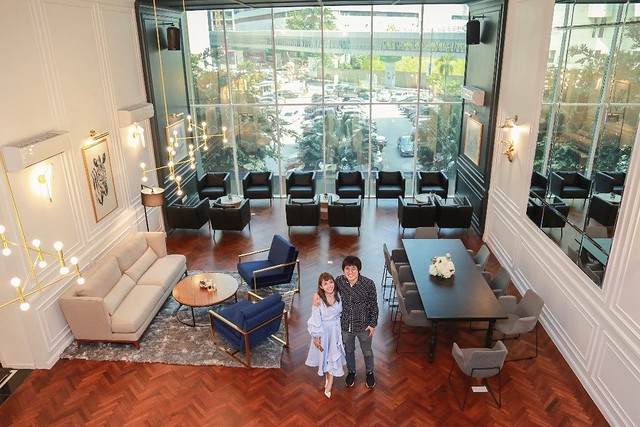 Anyway with the space completed, I was supposed to move on to marketing which is what I’m used to, and I did.

But then we realized that we had something else equally as pressing that we needed to work on.

That thing is hospitality.

When we started Colony, we wanted to give people a way of working that would enable a good work life balance. So we came up with all these facilities – massage rooms, nap rooms, nursing room, kids area, pool and gym all.  But we realized that all that is for nought if our service cannot make it wtf.

I happened to be talking to one of our clients, who moved to Colony from a serviced office.  He said that our space is fantastic but our service wasn’t as good as his previous office.  D: I probed further and to my awe, I realized that there were so many things I’d never considered. Little things that we could do that could make a client’s life easier.

And that’s why I’m forced to learn and change.

I am the most chinchai and self absorbed person I know.  I literally don’t see a problem with 99% of things.

I am the kind of person who would pick up my daughter’s dropped chocolate and give it back to her to eat, ignoring her stunned disgust.  If she doesn’t want it, I’ll eat it wtf.  The kind of person who if they saw trash on the floor of their own house wouldn’t even give it a second thought because it’s not bothering me. Who would put on a wrinkled shirt without a second thought.  Someone who if she loses things (which is nearly every day) would just calmly get a replacement. I’d already considered getting a replacement birth cert for Penny before Fatty found the original in our safe.

I am that kind of easy going, happy go lucky until borderline gross and bo chap type of person.

The challenge I now face is that to me, most things are acceptable because I am so chillax. A crack on the wall or balled up paper on the floor doesn’t bother me at all, while my mom, mother in law and Sieu Ee would go crazy wtf.  Now I am forced to really think what would be acceptable or unacceptable for the standards of the hospitality we want to give our clients.  And those standards are high!

So I really have to try. I’ve walked all over Colony multiple times over the past three days, looking for flaws that I’ve missed. Even so I miss things, and something only sparks in my head when I overhear someone else mention an issue.  I went around the office armed with a list of companies that work out of our space.  I knocked on countless office doors, went in and formally introduced myself and struck up conversations with so many people whose names I forgot in the next second.  To figure out what they want, what they need, and even what they need but don’t realize yet.  And taking furious notes because my mom brain is a sieve these days.

And what I’m learning these days is…

To stop procrastinating. I used to (and let’s be honest, still do) put tasks off just cos I can’t deal with the details.  It’s a horrible habit please. But now if someone’s aircon isn’t working I have to get it fixed asap or else the fella will get damn angry la! Eh if it’s me I’d go find some employee just to wipe my sweat on them ok wtf.

To really focus on the small things and stop looking big picture.  I find this extremely difficult because I have never been good with details. But it’s like working an unused muscle; eventually the more I practice I should get there.

To be more considerate of people. Not like I shove people out of my way when I walk wtf, but I tend not to think of other people’s needs unless they’re super IN MAH FACE.  Then yea la I’d help of course. But if it’s say, your tea cup needs refilling, you fill yourself la got hands right. I also fill mine myself LOL.  That’s always been my mentality but suffice to say, that doesn’t work in hospitality. So I’ve been trying to put myself more in the shoes of others to try to anticipate their needs.

It’s really damn hard la! All you detailed, teliti people – you guys are so good.  I swear my brain feels like it works slower than usual when it comes to things like this. T3T  But I will persevere! Because I think this is actually helping me grow, professionally and personally.