How to make sure your kids get enough vitamins

OK so guys I wanna ask you this – how are your kids with eating fruits and vegetables? 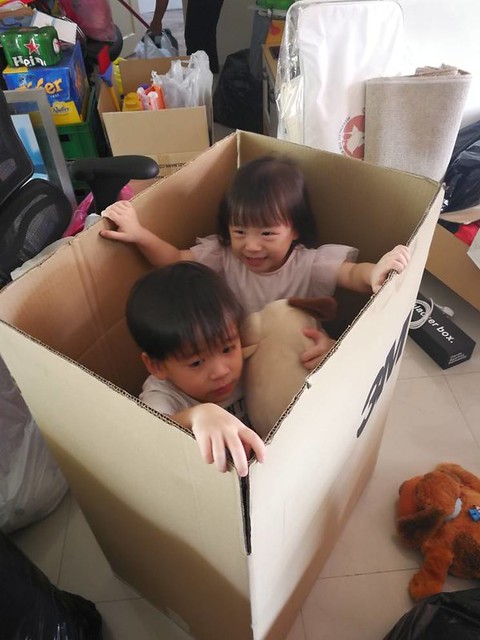 I started my kids on veggies and fruits really early on – like every other baby, pureed fruits and veggies were their first solids after all.  But today at age 4 and two, here’s their preference:  They both love broccoli and baby spinach and watercress and refuse everything else.  They are particularly suspicious of peas, carrots and beans and Fighter spat out his eggplant at dinner today. T_T

Fruits fare slightly better with these two – they like bananas, pears, watermelon and grapes.  Fighter also likes mango while Penny is actually much more of a fruit person and she loves strawberries and papaya too.  In fact she’ll eat most fruits I offer her but Fighter is much pickier and if she sees him refuse something she’ll also refuse out of solidarity or what I dunno. -_-

I gotta keep trying though! I myself like vegetables but as a child I didn’t, and only ate them cos I lived in fear of the wrath of Mummy Ooi hahahaha.  Fatty on the other hand is super picky when it comes to veggies and fruits, only eating leafy vegetables, and that’s a habit I’m trying to avoid with our kids.

I heard somewhere that kids need to eat something seven times on average before they accept it so… challenge accepted.  Here’s my three proven techniques of getting kids to eat their greens.

I half feel that a basic foundation to be Secretary of State you gotta go through training of persuading toddlers to do things they don’t want first hahaha.  Anyway the first step is always negotiation.  How many times already I’ve made Fighter try some food only to have him like it, but he still NEVER GIVES IN.  Every time is a new battle with me going, “One bite. Just one bite. If you don’t like it, you can spit it out.”  And he’ll be shaking his head vigorously and clamping his lips wtf.

When negotiation fails, I resort to tearing up veggies into miniscule pieces and hiding them within spoonfuls of rice. :X  Sometimes they stop and extract some veggie fiber from their mouths, but usually if I cut up the food small enough, they eat it up. :X

Did you know that our recommended fruit and vege intake is 2 servings a day? And only 6% of Malaysians get enough fruits and greens?  To supplement the critters’ (and Fatty’s) intake, we normally have juice in the morning – either freshly pressed or juice boxes like from Marigold Peel Fresh.  The kids are perfectly willing to drink juice cos they love sweet drinks and I’d much rather feed them juice than soda. 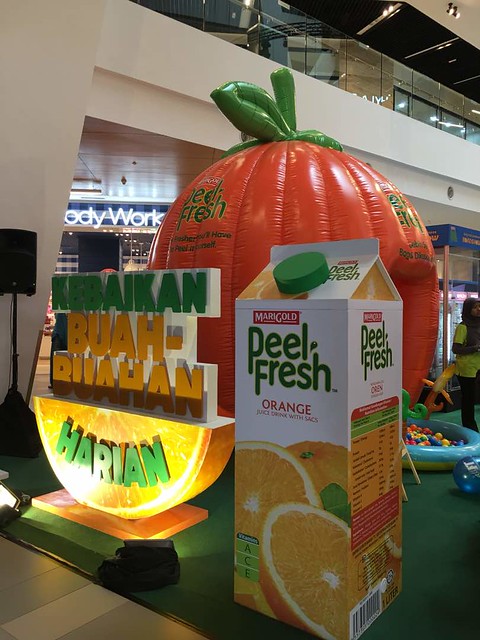 And I was invited to speak at the Peel Fresh Daily Fruit Goodness roadshow last weekend!  From the point of view of a mom with two toddlers (and a picky husband lolol). 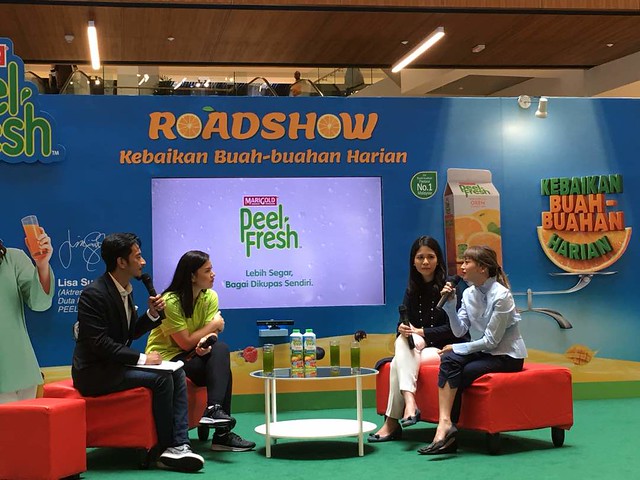 With fellow blogger Lizzie, and Nazrudin and Lisa Surihani!!! I don’t even follow local entertainment but I was starstruck anyway hahaha cos they were all so eloquent and intelligent and warm.  We’re all parents so I found our discussion about kids and healthy eating pretty interesting and insightful. 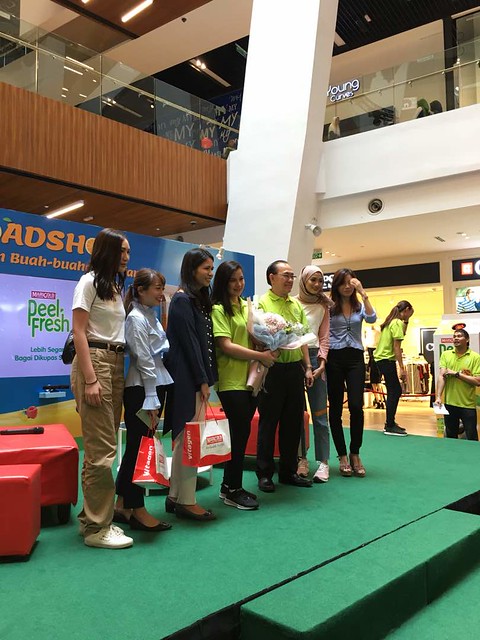 Thank you MARIGOLD Peel Fresh for having me! 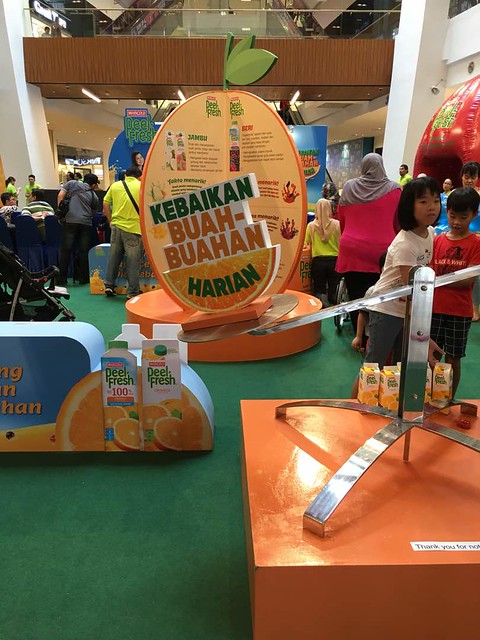 There were a bunch of a games held at the roadshow… 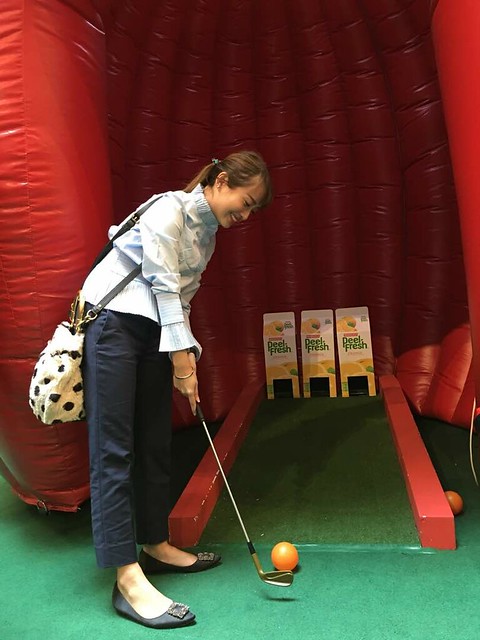 Like this mini golf game where you hit an orange instead of a golf ball lol.  Super suay, you get three turns and I failed to hole in one any of my three balls.  But then when I posed for this picture, I successfully hit my orange into the hole cis hahaha. 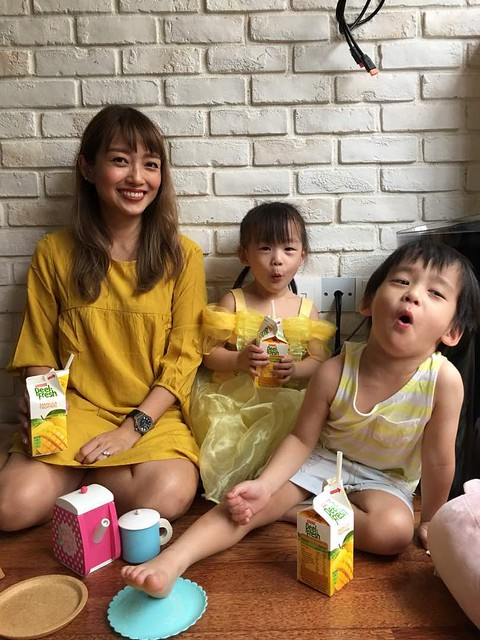 No surprise there but the critters’ favorite out of the 9 Marigold Peel Fresh flavors is Mango.  There is also a No Sugar Added range with 6 flavors – Orange, Apple, Cloudy Apple, Mixed Powerberries, Mixed Powerveggies &amp; Fruit, Mixed Fruit Mangosteen and their newly launched Mixed Kale & Veggies.

All Peel Fresh juices are fortified with Vitamins A, C, E and antioxidants. 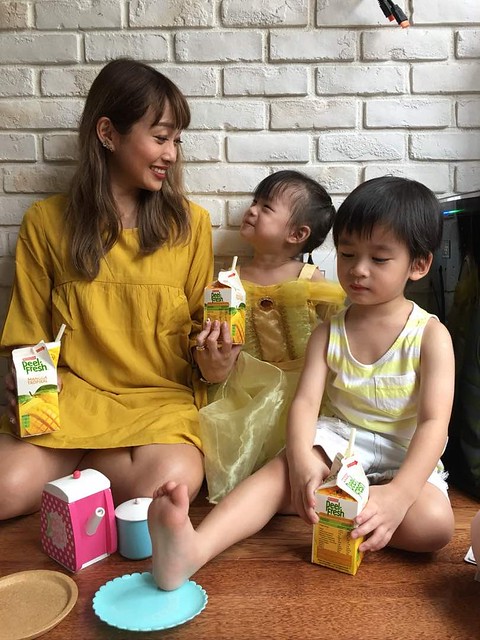 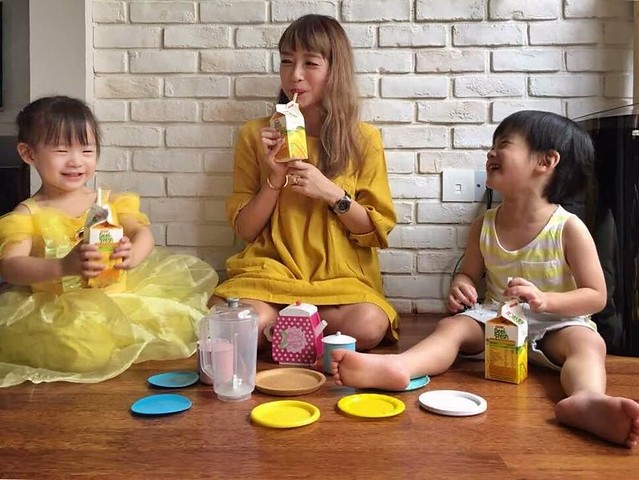 Yes really.  Hahahah love this pic it looks so posed my critters so clever *sayangs

This post was written in collaboration with Marigold Peel Fresh.