So I thought at four and a half years old, I’d have at least eight good years before I’d start hearing about girls from Fighter.  I guess my schedule is off by eight years WTF.

So Fighter’s teacher, after a few weeks, swapped all the kids around so every child would sit with a new classmate and make friends.  Remember this!? I remember my teacher would pair kids up boy and girl according to height.  And I’ll always sit with the shortest boy hahahaha.

Anyway Fighter is really sitting with the shortest girl in class and she’s sooo cute I wanna kidnap her and bring her home wtf. #jokingorami.

One day, I packed a raisin bun in his lunch box for him to take to school.  School provides food for them but he likes to bring something sweet from home anyway.  When I picked him up from school, I asked, “So did you finish your raisin bun?”

“Because the girl I sit next to ate it.”

*loss for words hahahaha* “Ohhh.  Well, it’s good to share, darling.  But next time you should tell her to ask first before taking anything.”

“Okay. Mommy, you know she tried my bun TWO TIMES.” 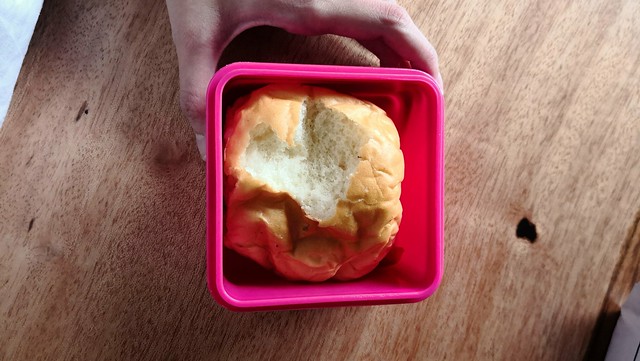 So I opened his box and found really two bites taken from it hahahaha.  Posted this on IG and people said she bit it into heart shape HAHAHAHAH.

Could this be the first sign of love? wtf wtf

Anyway a couple of weeks later, Fighter told me he found out her name lol.  Let’s call her SY.  So SY is apparently as chatterbox as Fighter and tells her mom everything so her mom and I have been communicating and sharing their stories between us.

So one day, SY’s mom told me that SY told her she wanted to play with Fighter in the playground.

Me (turning to Fighter): SY wants to play with you in the playground! Did you play with her?

Fighter: Because Chase didn’t let me.

Hahahahaha this Chase cock block his friend wtf.  So I told him that it’s okay, next time, ask Chase and SY to play together with him.  And apparently, SY was pretty disappointed Fighter didn’t play with her and her older sister asked her in disdain, why she wanna play with a boy?! SY answered because “Jian Li is a very cute boy.” Hahahahahaha.

Then Fighter asked me how I knew SY wanted to play with him so I told him I was talking to her mother.  He perked up. “I want to talk to SY!”

O_O Er how ah like this.  How to tell a mother that my son wants to talk to her four year old daughter. *prepares shield* Anyway I went ahead and told SY’s mom that he asked to talk to SY.

SY’s mom replied that SY was too shy to talk to him! But that she kept peeking at her mother’s phone anyway.

Me: Jude, SY is too shy to talk to you. So tomorrow you go to school and talk to her okay?

Fighter (indignant): Shy?! Why shy to talk to me!?

Anyway this was a few weeks back and I think they’re pretty good friends now.  I thought it was adorable…until what happened next.

Over CNY, we went back to Penang.  One afternoon, some family friends came over to visit.

Fighter saw the daughter, rushed over, and gazed at her in delight, with his hands clasped in front of his chest WTF.

I didn’t think much about it, because shortly after that, the little kids retreated upstairs to play by themselves.  Fighter was busily engaged with his cousins in play when he suddenly looked up and said, “Mommy? Where’s the girl I like?”

Before it dawned on me that he was talking about Lynette.  Took him downstairs again to see her but she had left.  Again I didn’t think too much of it… 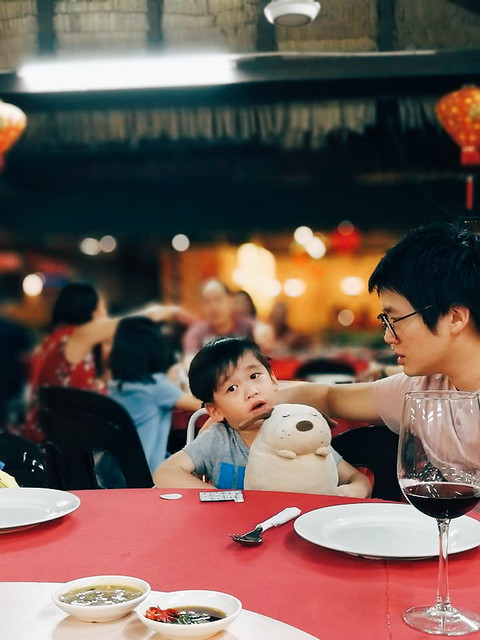 Until dinner time also he was still sighing and going, “Lynette…. I like Lynette…. I love her so much.  Also Chase and SY and Penny and Mommy.” Hahahaha #exactquote 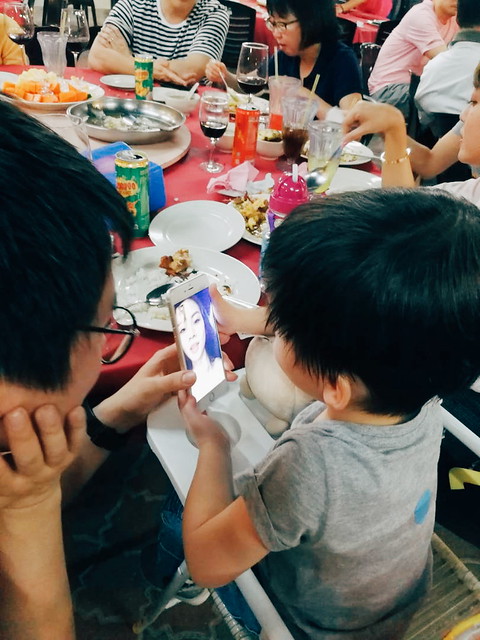 To the point where Fatty had to call Lynette just so he would shut up about her hahahaha.

The hilarious thing was Fighter before that was just whining and saying really loudly, “I want Lynette! I want Lynette!” But the moment Lynette answered the video call, he was suddenly simpering, “Hi Lynette…” in a very soft shy voice unlike his usual tone hahahaaha.  And he answered all Lynette’s questions in the same soft, gentle voice LOL.

Then his father said, “Hey Fighter why you suddenly talk like that a minute ago you were shouting!” Seriously, dads.

Later, we asked Fighter, “why do you like Lynette?”

He answered straight from the bottom of his little heart, “Because she looks like a Korean girl.”

And there we have it, ladies and gentlemen.  Fighter’s first crush.