With General Election 14 coming up, everyone in Malaysia is caught up in election fever.  Even when we go to a kopitiam after market runs, there will be aunties and uncles from the next table randomly trying to engage us in political talk and tell me about Hannah Yeoh. Which can be slightly annoying if I’m just trying to eat my prawn mee wtf.

I (and everyone else) have been following political news closely la cos this GE is obviously going to be very kan cheong.  I also signed up to be a PACA (that’s Polling Agent Counting Agent) for the election Buddha help me.  I’ll probably blog about the experience after the election!  But reading news and political manifestos and all things related, I got to thinking — eh so fun to write your own manifesto!

So I decided to write my own wtf. Please keep in mind that this was written purely for jokes and reflects mostly pet peeves of mine. 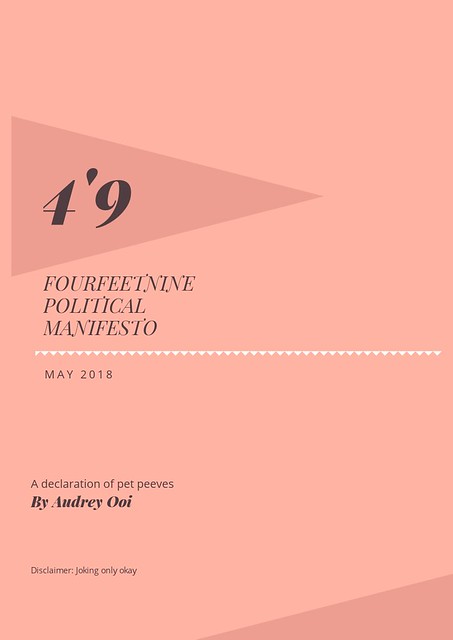 1.  You will be allowed to use copies of official identity documents to travel

If you don’t have your IC, MyKid (IC for kids in Malaysia) or birth certificate, you will be allowed to use a copy of your birth certificate for domestic flights. Hahahaha.  Ok la very far fetched and a threat to security but back  story is, in February, for some reason I thought we were permitted to travel using a copy of our birth cert and I brought a copy of Penny’s since I don’t know why we never received her MyKid.  We somehow got through on the flight to Penang but they barred us on the flight back to KL.  Thus ensued a vague parenting horror story where I had to run outside to the nearest police station to file a police report in order to get Penny on the flight home lolol.  For a more complete version of the story, see here.And yea I know la again — traveling on copies of official identity documents = security threat but this is my imaginary manifesto! It stays.

2. People who try to cut line on the road will be electrocuted.  Mandatory installation of electrocution devices in all steering wheels for this purpose.

Ok this is a major pet peeve of mine that causes me to pop blood vessels nearly every time I drive.  I hate hate hate it when there is a single lane lining up for something – usually to turn off – and people queue up on the second lane and try to cut in.  This is the same as cutting lines what! You wouldn’t just stand beside a line at say a supermarket and presume to cut in halfway right!? So why would you do that on the road!?

To turn in to the road that leads to our apartment, there is a small traffic light with one lane.  Meant for lining up in single file.  And every day at rush hour, fuckers will come on the second lane and try to cut in and basically save their own time, while wasting time for people like me who line up correctly.  It drives me mad!  I’ve fought with people at this traffic light — once I was driving and Fatty was in the passenger seat, and this guy tried to cut me from the left.  I wound down Fatty’s window, told Fatty to sit back so he wouldn’t block me, and shouted at the imbecile.  The idiot had the nerve to shout back at me!!! Why these people so rude already can still become ruder one!  I ended up playing a game of see-who-can-inch-their-car-ahead-faster and lost FML.  So I tailed him and honked him for some of the way after that omg hope my kids never read this.  Disclaimer: I admit to having extreme road rage at that moment and the only reason why I was so brave was that in the back of my mind, I had Fatty with me and if anything he can beat up the other guy #pleasedon’tlearnthisfromme

My behavior is not to be condoned but line cutting really gets me so worked up I fail to see reason wtf.  So if I had the rule of the country, I would make it that people who line up in double lane and try to cut line will be electrocuted.  I will make it mandatory to install electrocution devices in all steering wheels for this purpose.  So the minute the device detects this fella has cut law abiding people’s line, the steering wheel will emit a painful electrical shock and give the bad driver a free perm wtf.

3. The installation of automatic clamps hidden inside the tar on the sides of the roads for illegal parkers

Same goes for people who double park and block roads and cause traffic jams.  Sometimes our police and DBKL not efficient enough so I propose for inconsiderate fools who park illegally and block people’s way, the installation of automatic clamps inside the tar on the sides of the roads.  When the clamps detect a car parked there where it’s not supposed to (even if there’s someone inside), the clamp will trigger and rise up and clamp all four tires.  Take that beeches.

4.  It will be a crime to buy Instagram bots and fake followers

Under my manifesto, it will be a criminal offense to buy Instagram bots and fake followers. Lolol.  I am super uptight about fairness and justice so one of the things that really anger me is Instagram “influencers” buying bot services to increase their following.  It’s flat out cheating and conning people!  And it gets worse when unsuspecting brands and clients get fooled into thinking this influencer is more popular and influential than they really are and they spend their budget on these people.  So brands, please don’t be unsuspecting and do your research.

If I had my way, it would be a great big fine (and maybe a day in jail) for them.

5.  A government subsidy for strawberries

For purely selfish and shallow reasons because Penny is a glutton when it comes to “store bewwies” and she’s eating me out of house and home wtf.

6.  Okay point number 6 was supposed to be to commission a car manufacturers to design and produce a car that’s a smaller version of an Alphard or Hyundai Starex complete with sliding doors instead of doors that open outwards.  Cos I drive a van to ferry around the kids and I prefer smaller cars for easier parking la.  But I also love the handiness of sliding doors cos I can easily just push the kids into the car and get in after them, and take my time buckling them into their car seats.  With doors that open outwards I’m always damn scared a car drives by and takes my door off wtf.

Anyway I realized that Nissan already makes cars that fit my description so ok wtf.

7. All public toilets to be kept FOC, clean and dry.

For those people (ahem me) with Irritable Bowel Syndrome.  You can’t imagine the weirdest places I’ve had to go to the toilet in cos I suddenly came down with diarrhea *holds face in hands and weeps*  For my worst story ever, read here.

Also it will be a crime to deny toilets to people in need wtf.

Ok can’t think of anymore at the moment. 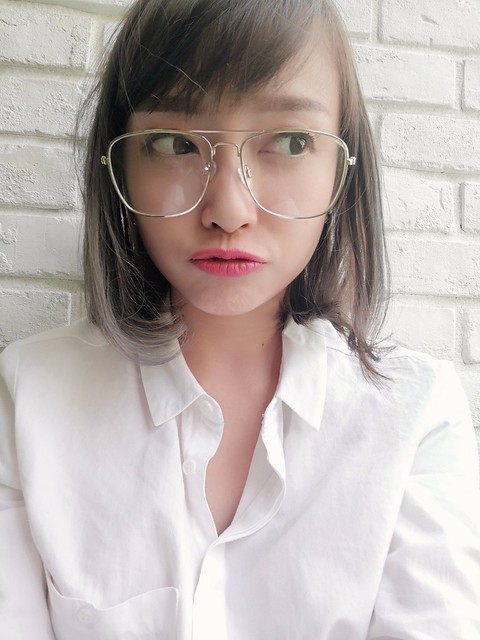 This will be my campaigning photo.