An update on Fighter’s growth

A lot of people have been asking me about updates on Fighter’s growth so here it is! 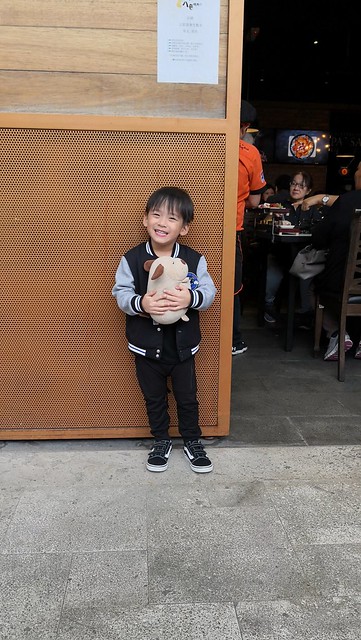 Last week I took him for his quarterly checkup with his doctor.  A lot of people have also asked so I don’t see any harm putting it here.  His doctor is Dr Wu, from UKM.  She’s a pediatric endocrinologist so she specializes in precisely that – children’s growth.

Fighter has been seeing her for about a year, and we go back to her for checkups every 3 months or so.  She monitors his height and weight, and Fighter has also done an X-ray to check his bone age.

From Wikipedia: Bone age is the degree of maturation of a child’s bones. As a person grows from fetal life through childhood, puberty, and finishes growth as a young adult, the bones of the skeleton change in size and shape. These changes can be seen by x-ray.

Fighter has just turned five, but his bone age is two years WTF.  Dr Wu assured me that bone age can be used as a rough reference but not an exact indication of anything.  And with his bone age so young, it just means that his skeletal maturation is younger than other kids his age.  He might reach puberty slower (which is fine by me since most things about him also late bloomer) and might reach full height at an older age. Also fine with me! 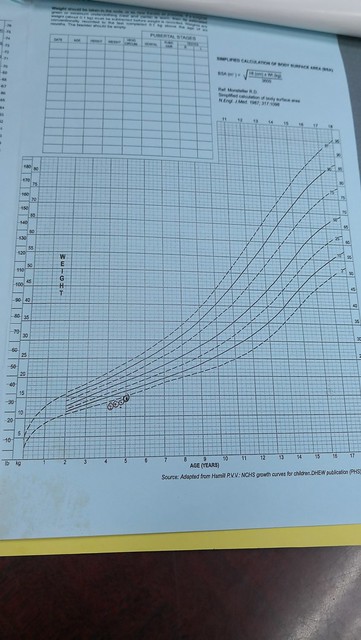 This is Fighter’s growth chart for weight.  He is still below zero percentile lolol.  But the encouraging thing is that while he’s below the chart, his weight is still following the slope of it.  He’s not plateauing or falling off the chart! 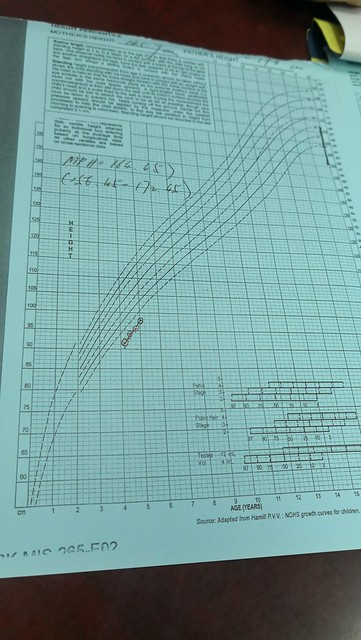 This is his height chart, Again, he’s below zero percentile.  And again while below, his growth is also following the average height incline. :)))  He’s 98 cm now.

In one year, he’s charted a growth of 5.6 cm.  The average growth for a child his age i s 6-7 cm.  So he’s actually not too far off the average either!

The main reason we’re monitoring his growth so closely is to check for any drop offs in his progress.  Any plateauing could indicate a lack of growth hormone but so far he’s been growing steadily, so which rules that out.  It’s likely because he was born so small and premature, plus the Ooi genes wtf.

If his problem was not enough growth hormone, the logical treatment would be hormone injections.  We’d essentially inject the growth hormones he needs into him on a daily basis until he’s fully grown.

But since he’s not, there’s nothing to do but monitor him.  Everyone is meant to grow to a certain height range, and neither nutrition nor hormone jabs will push a kid much further beyond their range, if the child does not lack growth hormones. And hormone jabs do come with side effects; the doctor said cancer or diabetes.  And if I were to choose treatment, we would have to regularly test Fighter and monitor him for symptoms of either disease. T________T

Lastly, Dr Wu told me Fighter doesn’t seem to have any hormone deficiency, but we should keep monitoring him, which I am happy to. He’s come a long way from being a 1.1 kg 31 weeker preemie!  And that she does not recommend any treatment for him, unless a drastic change occurs.

I am writing this because I get so many people sliding into my DMs about this.  Parents who are worried about their children being small, but when I ask what percentile they are for height, they tell me 40% or 25% or some very normal figure like that.  Parents, 40% or 25% does not mean they are small. It means they are normal.  They’re still perfectly within the normal range!

I brought Fighter because since he was born,  he has always been below 0%.  *heaves*

As for people who are not parents who like to message me and tell me I should totally start treatment for Fighter because they hate being short and they wished their parents did it for them.  Or that if they were a parent with a small child, they would totally do it for them.

Really? You would willingly inject yourself every single fucking day of your life until you turn eighteen? Poke a child with a needle every day and watch them cry?  For results that may not even make a difference since they don’t lack growth hormones?  And deal with the possible side effects of increased risk of cancer and diabetes?

I get tons of these messages and it really pisses me off wtf.  But I’ve remained calm up till now cos I don’t think many people know what the treatment really entails, the potential outcome, and the side effects.  So here you are.  I hope I write this already no turd messages me again and tries to tell me what to do with my son’s body wtf.

Anyway I’m pretty optimistic about Fighter’s progress la. Even though he’s small, he’s growing steadily at his own pace.  He’s still taller than Penny hahaha.  He will most likely reach a range of 155-165 cm, which is average or slightly below average for an Asian man.  Okay what!  My fear was that he would be 146 cm only (which translates to four feet nine inches wtf).  I’m perfectly satisfied with his projected potential.

And ever since he met his good friend/girlfriend SY, who’s shorter than him, he seems perfectly comfortable being small.  Lolol.  He hasn’t said anything about being small anymore and seems to be quite content being treated and loved like a younger brother by his classmates wtf.