Disneyland Day 1 vlog and a quick review of Shanghai Disneyland 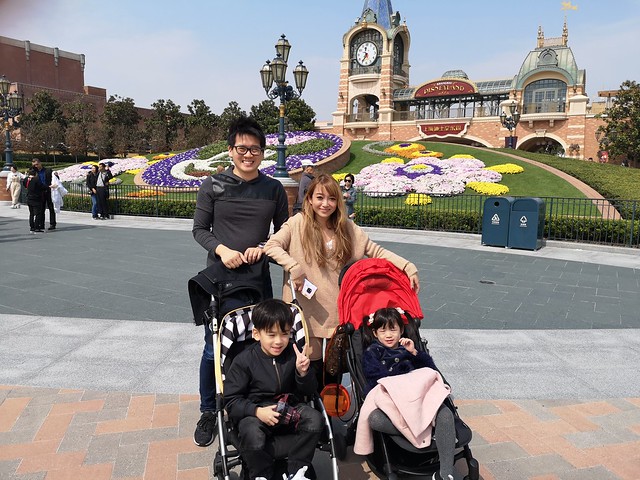 Welcome to the blog where you have to scroll through other people’s vacation pictures. Hahaha.

We went on a family trip to Shanghai during the March school holidays and it’s only taken me two months to write this blog post. *prolific

As usual I must give my reasons and the reason is honestly I wanted to start with a vlog on Disneyland first.  But I recently downloaded a new video editing software and the learning curve is terrible after using Imovie hahaha.

So presenting to you….the most noob Youtube video of my entire vlogging history wtf.

As you can see, I didn’t even bother to make a thumbnail wtf.

I could barely just trim the footage and join them together and add subtitles.  I even accidentally deleted my  intro clip FML.  There’s a lot more that can be done obviously but I haven’t figured it out yet hahahaah.  So yea bear with me.

My review of Shanghai Disneyland

I’d heard a lot about Shanghai Disneyland prior to visiting – that it was the most high tech and largest Disneyland to date and I was really excited to go!  But I was also concerned that it would be super crowded (like how Tokyo Disney and HK Disney are), especially with it being located in super populous China.  I dreaded having to fight line cutters cos um some people from China have given the country a bad name wtf.

But I was pleasantly surprised!  We bought our tickets from Klook so we didn’t have to buy them at the park itself and jam with the crowds.  All I had to do was show up at the entrance with our passports and we got in so smoothly.  Even then, there were no rude people to fight wtf.  My adrenaline rush for nothing hahahaha.

Disneyland was as expected, up to standard as usual – clean, orderly with friendly, helpful cast members.  Some of them weren’t very fluent in English and I could see they were nervous dealing with a banana (me wtf) but they tried their best and we didn’t have any issues.

Shanghai Disneyland is supposed to be very high tech but I was too busy with the kids and rain to really notice much to be honest.  One thing though is the Disney Resort app that you can download to view the park map on your phone and you can book fast pass with it too.  I would recommend you download it before your trip though as you need to register using your phone number to get a passcode sent via SMS to you.  I didn’t receive my passcode until 2 days later wtf.

We were there for two days and I really enjoyed the food!  I don’t remember Disneyland food being this nice hahaha.  This was spicy minced pork rice and I had it for lunch two days in a row wtf.  For dinner one of those nights we went to Cheesecake Factory also part of Disneyland cos Fatty is a sucker for cheesecake.  The critters also gave 5 star review to their Cheesecake Factory mac and cheese. ^^

Crowd wise, it was the best Disneyland I’ve been to.  It could be that we went on a weekday or that rain was forecast, but the crowd was really very manageable.  A friend told me that Shanghai crowd The longest we had to wait was for the Princess meet & greet.  The sign said an hour from the starting point but the cast was so efficient that we made it to see Cinderella in just half an hour.

People in Shanghai were unbelievably polite!  Not only was there no pushing or furtive line cutting, people went out of their way to be polite to us. T3T  People regularly let us go first with a smile or a nod, especially when they saw us with the kids.  I was so touched since I really did not expect it.  Way to go Shanghai. T3T

There was only one case though.  We were waiting for a ride with my in laws – I forgot which one – and I noticed some slight commotion behind me.  A nine or ten year old girl and her grandmother had just elbowed their way so they were suddenly in front of the two teenage girls who were originally behind me.  I wasn’t sure so I looked at one of the teenage girls, who didn’t do anything but looked uncomfortable.

After a bit, I noticed the girl and her grandma arguing.  My Chinese is pretty basic but all the while I’d assumed it was the grandma being kiasu and dragging the girl in front.  But when I listened in on them, I realized the girl was the one whining about being too slow and how they would need to wait so long to get to the front of the line and the grandmother scolding her and arguing back.

Then a couple minutes later, the girl is squeezing under my arm that was resting on the fence wtf.  I’m like HEY but then the grandma is always barrelling past, telling me that ‘her granddaughter’s friends are in front and she just wants to go to them’.  I go to stop them again but my mother in law pulls me back, telling me to let it go, she’s more stressed listening to those two bicker behind us and wondering when they’re going to cut our line wtf.

Fatty, my father in law and Fighter are a couple people ahead of us and the girl and grandma pushes past them.  The grandma gives him the same excuse, but Fatty is actually right at the head of the line and he knows there’s no friends waiting in front!  He shouts at them asking for proof and complains loudly to the Disney staff LOLOL.  Luckily the grandma has enough shame to stop and let us all go first.

So that was that.  A very weird encounter but besides that we had a really wonderful time!  I’ve had a lot of people ask me about my experience bringing young children to Shanghai and Disneyland, and I say: go for it!

If you have any other questions about Shanghai or Disneyland, drop them in the comments! 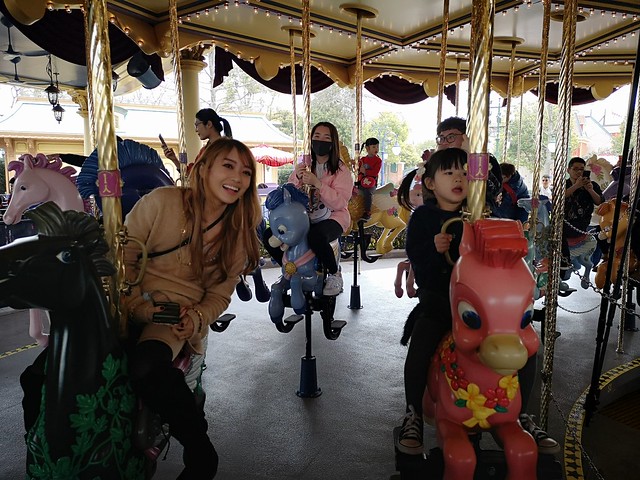 Us on the carousel!  We went on this carousel multiple times because of penny. 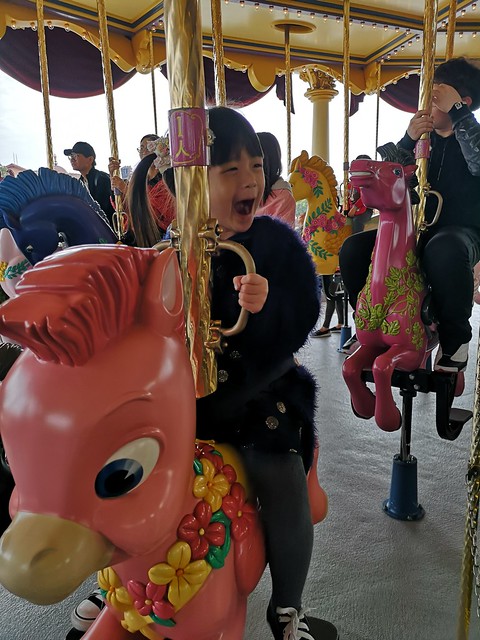 But see how happy she is!

They were enjoying the food too!

Penny overdosed on fries though. -_-

Willingly got suckered into buying this for Penny cos omg it’s Stella Lou!  This was when Penny said, “Mommy look. I drink her blood.” WTF.