When your kids are four and six, you think you know them and roughly how life will be for the next fifteen years or so.  Then life throws you a curveball wtf.

This year for Christmas as usual we are back in Penang to celebrate with Fatty’s family!  On Christmas Eve, we went out to a Japanese restaurant for dinner. 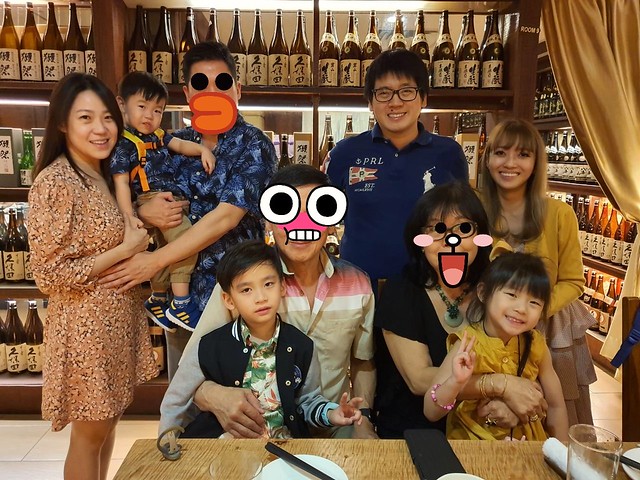 We had a nice corner of the restaurant to ourselves, the food came very quickly and was placed in pretty dishes along our table.  Everyone was chatting and eating, and we were having a nice time.

The saba shioyaki (grilled mackerel) arrived and my mother in law used her chopsticks to pluck some fish to offer to Fighter.

Suddenly, Fighter burst out wailing.  I didn’t even know how it happened, I was busy checking Penny’s bowl for fish bones.  All I knew is one moment there was peace, the other, Fighter was sobbing profusely. O_O

Between hiccups and sobs, I figured it out: He didn’t want to eat the fish because he just realized the fish was an animal that died so we could eat. T_______T 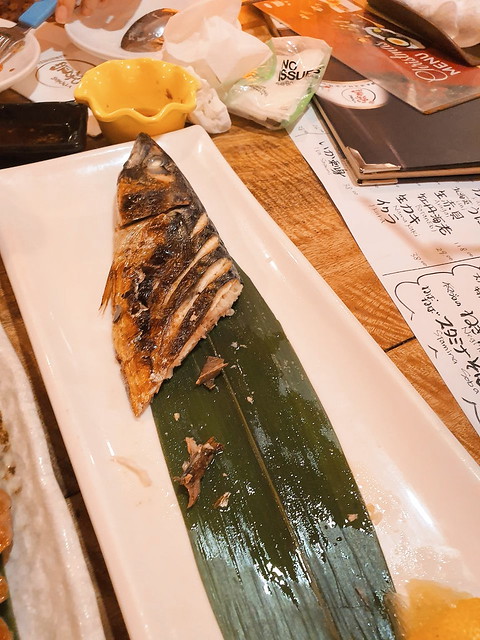 I was completely perplexed.  Sure, most of the time we help him cut up the food on his plate, but we also eat Asian style dishes most of the time where food is set out in its whole form – whole fish, even suckling pigs or whole ducks.  I’m very sure he’s seen it before.

So he either didn’t notice it before, or he never made the connection until now.  Whatever the reason is, he was bawling in the middle of the table, horrified and distraught at the thought that animals were dying for us.

Now this was an issue that I’d never given any thought to in my life until this year.  I gave up beef when Fighter was born cos I was praying for his recovery and return from the NICU.  For the same religious reasons, my parents and brother go Buddhist vegetarian – which is essentially vegan but without even onions and garlic – on the first and fifteenth days of every month.  I try to follow but don’t successfully nail it every time wtf.  Because garlic and onion damn hard to give up wtf.  But when I’m eating alone or I have a choice, I either grab a vegan meal or try to stick to fish… so, pescatarian?

My reasons are more to do with the impact that meat eating has on the environment though and not so much the moral impact of what humans are doing to the animals.  But here was my son, making that moral connection on his own.

Fighter was inconsolable and I could tell his grandparents were equally confused and frustrated.  So I brought him out of the restaurant and found somewhere quiet to sit down and talk to him.

“Fighter, can you tell me what you’re feeling?  You’re sad, aren’t you?”

Sniffling and hiccuping, he blurted, “I’m sad…. because…. the fish had to give up his life…..and he cannot live happily in the sea…. with his family and friends…” Then because the thought was unbearable, he started crying again.

Wowowowow out for Christmas dinner and suddenly gotta delve into deep topics like this wtf.  I can do this!

I wiped away his tears (and snot) and said, “You know, we eat meat because it gives us strength [sic] to live and protein to grow, especially for children.  But a lot of people feel the same way as you.  They don’t want to hurt animals too.  Like Grandma and Grandpa don’t eat animals on some days of the month.  That’s called being vegetarian.  We can keep talking about this.  If later on you still don’t want to eat animals, we can talk about going on a vegetarian diet.  But that means if you don’t eat animal protein, you need to get your protein from other food.  You need to learn to eat other foods you don’t normally like.  Like tofu, beans or mushrooms.  And more eggs.  Can you do that?”

He nodded earnestly.  And because I didn’t have a tissue, I wiped his nose with my fingers and wiped it on the chair WTF #shitmom 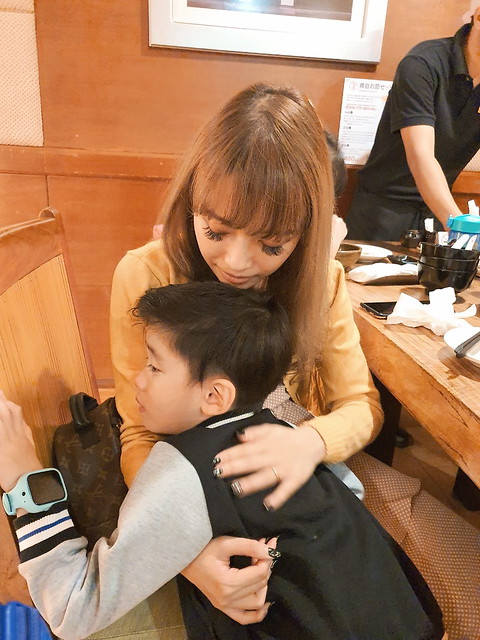 And we went back into the restaurant.

…to find that in our absence, Penny had eaten all Fighter’s portion of the fish wtf.  Obviously not too bothered about the fish dying wtf. 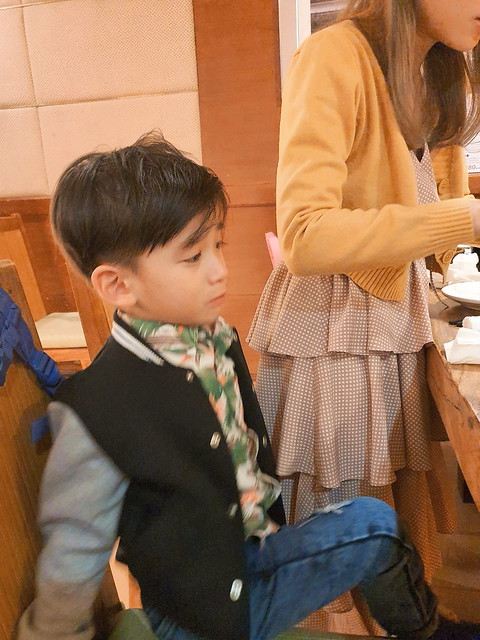 He ended up eating garlic fried rice and tamagoyaki for the rest of dinner.

The next day, we had hotpot lunch where he stuck to soup, ribbon pasta (?) and vegetables.  For dinner he had rice with green beans and eggs.  Every time I ask him, he says he still feels a bit sad.

With his egg and beans wtf.

I know if I convince him to eat meat, he will.  But I don’t want to at the moment because he’s developing his own moral compass.  I want him to figure out on his own (with some guidance from us of course) what’s right and wrong and build his own values. Children naturally have so much empathy and I believe it’s important to support and encourage it, not tamp down his empathy.  And I’m so proud!  That he made the connection, that he empathizes with the pain and suffering of other beings, and that it’s affected him enough to want to make a stand.

And since yesterday I’ve been googling for meatless recipes to make for him wtf.  It’s further complicated cos he starts primary school next week!  I’d been planning to make him simple bentos but most of my ideas involve meat of some kind wtf.  So if you have any good vegetarian recipes to share please do!  Or if you have any similar experiences, I’d love to hear from you too. <3