Fighter and his math teacher 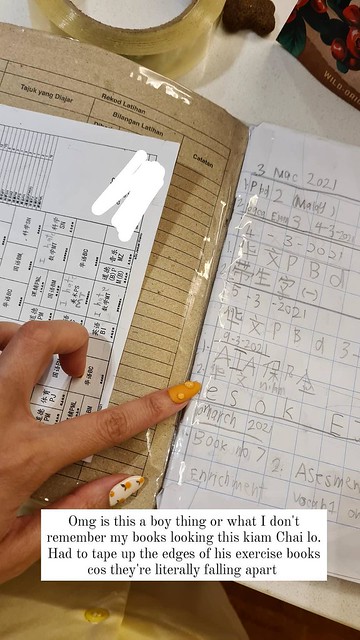 I posted this picture on Instagram the other day and got a lot of messages from people who were tickled that Fighter wrote “I hate” for math in his timetable lolol.

But there’s a deeper darker story to this that I’m going to share here. 🙁

If you look again, he also wrote “I hate” for art and that’s because the math teacher and art teacher are the same person.

Now, Fighter is good in languages.  He’s progressing steadily in Mandarin and Bahasa even though we don’t speak them at home. And he’s still working on his Korean!

But everyone has strengths and weaknesses, and Fighter’s weakness happens to be math.

He doesn’t grasp concepts as quickly as Penny, and even when he does, if the question is phrased differently, he has to start from scratch again.  And he’s also super careless la wtf (like me lol) so he often makes silly mistakes as well.  So math is and continues to be a challenge for him.  He doesn’t enjoy it, and to make matters worse, his math teacher sounds like a dragon wtf.

Fierce never mind, but from what I hear, she often scolds and picks on kids who get problems wrong or don’t learn as quickly as the rest.  Which is Fighter la wtf.

I also don’t know why she feels the need to scold for mistakes — to me scolding should be reserved for outright disobedience or dishonesty or something willful, not honest mistakes or not grasping a concept.  Maybe it’s Chinese school, maybe it’s her I don’t know.

What’s more, Fighter is an extremely sensitive and emotional child.  He’s so afraid of stepping over a line that most of the time, I don’t even need to scold him when he does something wrong.  I just have to look “not happy” wtf and he will immediately stop whatever annoying thing he’s doing hahaha.  So for him to go to school and get scolded by his math teacher nearly every day took a toll far worse than we’d ever anticipated.  😥

I knew he didn’t like his teacher.  So I tried to help him by buying math workbooks for him to practice with.  I told him when she scolded him to imagine her in her big underpants, so it would be easier to cope with a scolding.  Life went on.

Then he had three meltdowns, all within a week.  He’s nearly eight — he hasn’t had a proper tantrum in a long time.  But within the span of days, he had a meltdown when he couldn’t stuff his color pencils back into their box.  He cried and screamed when I asked him to do his extra work book.  And when he was having BM tuition, he exploded at the tutor because she made a joke when he spelled something wrong.  This tutor is relatively new to us so I felt damn bad about her getting caught in his outburst.  I also knew at once that something must be going on with him that I didn’t know about — the math teacher was at the back of my mind, but shamefully I didn’t think it was that serious, instead I worried it would be something worse like bullying or inappropriate touching WTF.

So I took him aside and talked to him.  He said, “Nothing, except my math teacher.”

I think at this point at some level I still did not really connect his issues with the teacher to his outbursts.  I thought he was frustrated and emo because of her so we talked about how I could coach him to improve his math so she wouldn’t pick on him anymore.

I also explained to his Bahasa tutor what was going on.  His tutor happens to also teach at his school and she told me she would talk to his class teacher about this.  This touched me because I was actually hesitant to speak to the math teacher myself — I’ve never met her and I didn’t know how she would react to me essentially telling her how to do job, what if she took it out on Fighter again?

That evening, we went out for dinner as a family and Fighter seemed calm, talking and joking like normal.  Later on though while we were walking through the mall, Fighter suddenly gripped my arm and said, “Mommy, I don’t know why but I suddenly feel scared.”

I felt his hands.  They didn’t feel cold.  I tried to feel for his heartbeat but couldn’t feel anything wtf.  “What were you thinking of when you started to feel scared?” I asked him.

I asked if he felt like crying and he said no, he just felt scared.  He looked around at the world around us and just felt afraid of everything.  His feeling of fear lasted for around ten minutes I think.

I was panicking inside, wondering if this was an anxiety attack and planning to call our pediatrician the next day.  Outwardly I kept calm and we continued on home.  In the car, he suddenly said in a choked voice, “I think I want to cry now.”  He proceeded to let go, screaming and wailing until his tears were spent.  I let him cry, handing him tissues to mop his tears until he was done.

When we got home, he started to get emotional again.  I told him to let it out, and again he did, sobbing into my chest.  I held him close, intermittently wiping away his tears.  When he had nothing left, he quietened down.  I asked him if he felt better and he nodded.

I got him showered, put him to bed and the next morning, he really did look back to his usual self – cheerful, patient and good natured.  I was overcome with relief naturally, I don’t know what happened but it seemed like an anxiety attack which is super scary in a child his age!  Some more I was thinking how ah die I have to deal with two people in the household with anxiety issues wtf.

That was last weekend.  This week, one day I picked him up from school and he came out, dragging his roller bag behind him, muttering, “I had a bad day.”  Asked him what happened and it turned out the math teacher rushed him for not knowing his seven times table.  He couldn’t memorize it in time and she apparently said, “Faster!”  This doesn’t sound like much on its own but keep in mind that Fighter has been feeling very wounded with her and this was the latest hurt.  He has been trying hard to win her approval and I think a major sting was that for some reason she praised other kids who were at lower times tables than him but still snapped at him.

He got home, put down his bag and went into his room to cry again.  I was late for a shoot but son > work so I sat with him and cuddled him while he cried.  And he clung to me like a koala while he wept. T___T  One silver lining though, is that his BM cikgu had got in touch with his class teacher.  His class teacher is a super sweet lady who called him to her desk during recess to talk about this.  She told him not to worry, she would find a solution for him.  I’m so thankful for her. T_____T  At least someone is on his side and can help us.

When Fighter’s panic attack happened, I was so scared.  Nothing had prepared me for the possibility that he might have mental health issues and I was so afraid for what life would be for him.  I’m not a helicopter parent at all and I don’t like stepping in or interfering with children’s issues, believing they need to learn how to overcome problems themselves, but this seems way too big to just leave alone.  On one hand I’m scared of molly coddling him; on the other, what if I don’t and it gets so much worse and I regret my inaction?

I’m also writing this because I wanted to highlight the importance of listening to children.  Fighter told me he didn’t like the teacher, but I didn’t want to overreact and over protect him so I let it be.

When he let everything that he was bottling out and felt better, I realized how stupid we grown ups sometimes are when we tell kids, “why you cry over this small thing?  Nothing to cry about” or “so big already don’t cry” or “shame on you for crying” or even “it’s okay” because something is NOT okay, that’s why they’re crying!

I learned how important it is to listen to kids and give them the space to feel, and to acknowledge their emotions.

I told Fighter, “I’m sorry for the times I told you not to cry because you should cry.  When you’re upset you need to cry and let out all the bad feelings so that those bad feelings don’t stay inside you and make you feel scared for no reason.”  I think that’s why the last time he did cry over the teacher, he held on to me, rather than me holding him.  Because he knew I would accept him, tears and sadness and all.

I do regret dismissing his and Penny’s feelings sometimes.  I’m sure I did whenever I tell them not to cry over small stuff.  This is a very timely lesson to me wtf.

On the teacher’s front, I thanked his tutor for highlighting it to his class teacher.  She sounded taken aback and shy, like she didn’t expect to be thanked for it.  I also texted his class teacher.  I don’t know why the math teacher is acting this way — is Fighter being over sensitive?  Is she overworked and tired?  Is she just impatient — but I trust we will find a solution.   I’m glad to know that Fighter at least has these two caring teachers in his corner. 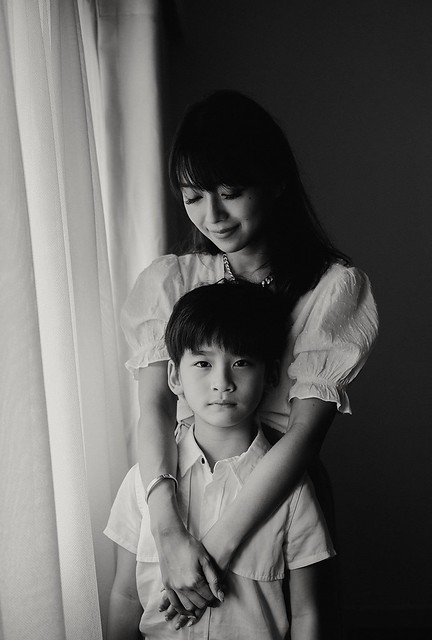