The guilt of weaning

Wow where do I start?

So… I’ve been thinking of weaning for a month or so now.

When I was pregnant, I was determined to breastfeed exclusively for six months.  I even counted the months from October (Fighter’s due date).  April and I’d be free! No more pumping, storing, washing, sterilizing, direct latching.  I could do everything I wanted to since conceiving but never could – like have a cocktail, eat more crap hahaha, do botox…

Then reality hit.  Fighter was born 9 weeks premature. He was tinier than a kitten and as is common knowledge now, breastfeeding him was the best thing I could do.  So I got to work, pumping and direct latching, then pumping again to boost my supply.

It was tough work but eventually I got used to it. My supply stabilized so instead of pumping and feeding every three hours, my pumps petered off to 3-4 times a day, as did my direct latching, and there was abundant supply for drinking as well as freezing. 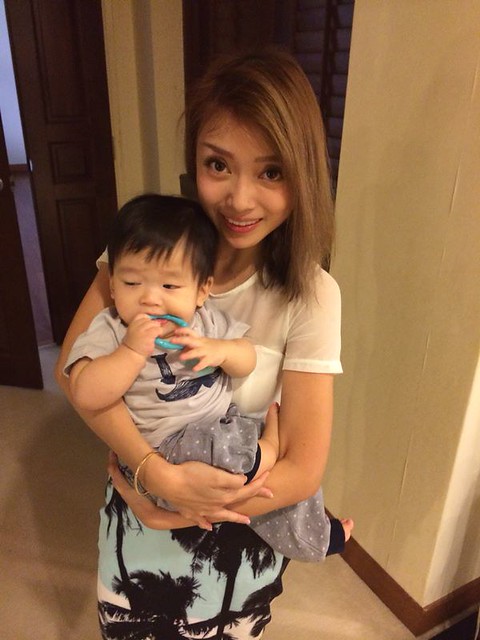 I was doing great! Thankfully Fighter took to both bottle and breast so I had the freedom to go out without the baby if I wanted to cos nanny or Fatty could feed him. At the same time, although he never rejected the bottle, he still preferred his milk fresh from the source wtf.  So my favorite time of the day would be early in the morning when everyone else is still asleep and it’s just me and Fighter nursing. 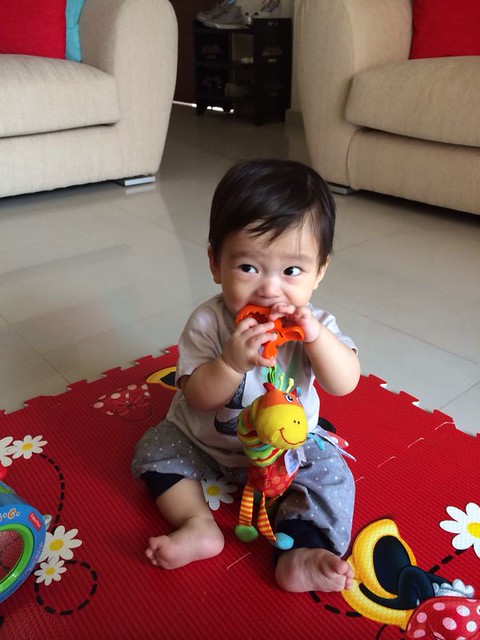 You can’t tell from this photo wtf but after Fighter has his fill, he pulls off the nipple, looks up and me and gives me the most beaming smile I’ve ever seen.  The smile says, thank you and I’m soooo happy you’re my mommy because really your milk tastes awesome and you make me so happy, did I already say that?

So when I got to six months after birth I thought, hey he’s two months premature after all.  If I stop at six months, he’s only four months adjusted.  Maybe I should go on until April to make it a full 6 months adjusted age (eight months actual).

But when I got to April I was like, hmmm I got to eight months without any issues.  It doesn’t really bother me anymore.  Why not try for a year?

So this is where I am now.  Fighter will turn one next month which will make it a full year of breastfeeding.  While I’m not horribly averse to the idea of continuing to nurse, I think it’s time I end our breastfeeding journey.  My body has nourished Fighter sufficiently for the past year but the chapter must end.  Fighter doesn’t seem to care anymore where he gets his milk from (there’s too many other distractions in life!); in fact he doesn’t seem that interested in milk itself anymore.  As for putting him to sleep, it maybe works about 10% of the time now. My supply has also dropped significantly, maybe due to Fighter’s reduced interest, so I’ve had to supplement with formula for a few weeks now anyway.  It’s time to reclaim my life and my boobs.

That said, it hasn’t been an easy decision.  I decided to stop around his first birthday but I still struggle with guilt and hesitance.  There is a lot of breastfeeding awareness in my generation (compared to our mothers) and if not for that, much less babies would have gotten the benefits of breast milk.  But the other extreme is the crazies on certain breastfeeding networks online who insist on bf-ing until… like the end of the world wtf.

Cracked nipples killing you? BREAST MILK IS BEST! KEEP ON NURSING!
Nipples actually bleeding? DRINKING A LITTLE BLOOD WON’T HARM THE BABY!
What formula brand is the best? ARE YOU TRYING TO POISON YOUR CHILD?
Going into depression cos baby not feeding well? SO WHAT IF YOU’RE SUICIDAL YOUR BABY WILL BE GREAT

Yes, these are actual advice I’ve read before and frankly, it’s taking things way too far.

I know these are extremes but somehow it still gets into your head.  I still struggle with self doubt and guilt over my decision – I even thought I shouldn’t write this post lest I get people telling me BREASTFEEDING IS THE BEST THING YOU CAN DO FOR YOUR BABY (you think I dunno ah so please don’t start ok?).  But there must be a balance for everything.

We are taking a trip without Fighter in two days and I’ll bring my pump and try to keep my supply up.  If I succeed, I’ll have something to bribe Fighter with when I come home wtf and I will probably continue to partially breastfeed.  But if it fails I will not fret.  I will come home and enjoy the rest of my mommy journey with my son.