Why being a mom splits you into two 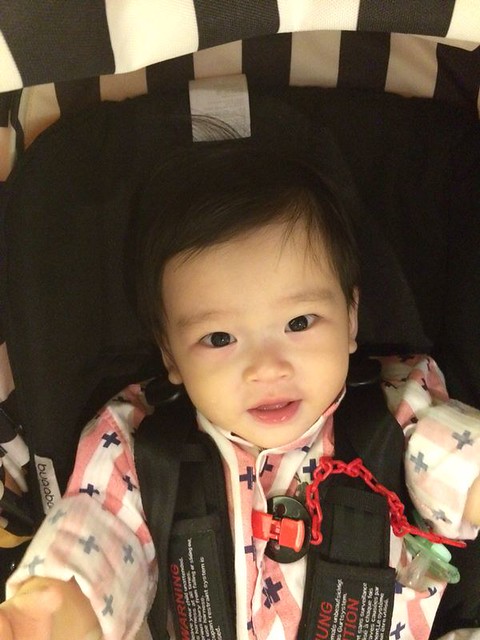 So we have been away for 3 days now.

It’s not that I haven’t left before – we did go to Tokyo for a few days and I went to Bangkok for a weekend too.  But nothing this far!!!

Originally we planned on bringing Fighter with us one, hence the two week trip.  But our parents convinced us it’s unwise to bring him (jet lag, having to care for him 24/7 with no family around in a strange environment…) so we shortened our trip a bit and went without him. 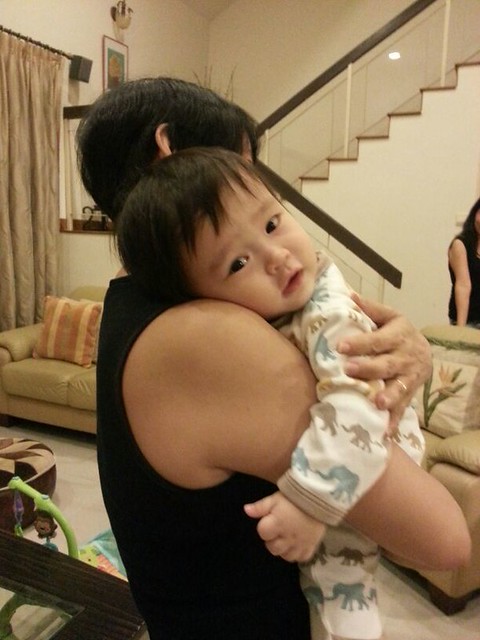 Take this as an illustration as to how clingy I was before we left wtf.

The week before I was vaccilating between looking forward to going on our trip and dread of leaving.

We were so clingy we even brought him with us in the car to the airport wtf. MIL came with us so she could take care of Fighter on the way back.  (Btw not my idea hor, I was a bit worried about Fighter being in the car for nearly two hours but Fatty wanted to.  Even rooted for Fighter to wake up in time so he could come with us.)

When we left him in the car and walked in to the airport I was feeling pretty all right.  But then with no warning… the tears pricked my eyes. Goddammit.

I’ve been away before! Why I cannot do it now!  Calmed myself down.

But then an ang moh family passed by.  The father was pushing a baggage trolley and the mother had with her a stroller with a Maxicosi carrier strapped on it, a small baby inside.

Wah guilt stabbed me.  How come these two can bring a tiny baby with them and we can’t bring our nine month old?

OKOK think rationally.  Maybe they’re only going to… Singapore.  And small baby sometimes much easier to handle than bigger wrigglier ones.

Then we turn the corner and see an Asian family now with two kids and another baby in a pram. T______T

When the attendant announced that families with infants can board first, I stared at Fatty accusingly (as though it’s his fault wtf).

When I saw them loading folded up strollers on to the plane, my heart lurched wtf.

Even when I watched stupid Noah on the flight there had to be a baby involved!!! Obviously I teared. T_____T

Is this world going through a population boom or something!!! WHY SO MANY SMALL BALD HUMANS AROUND ONE. 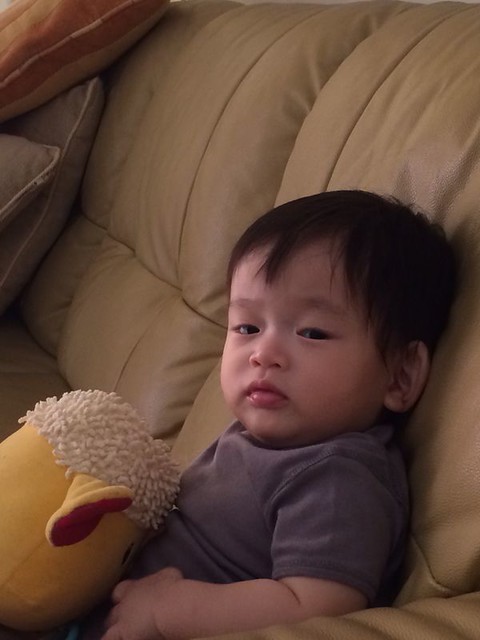 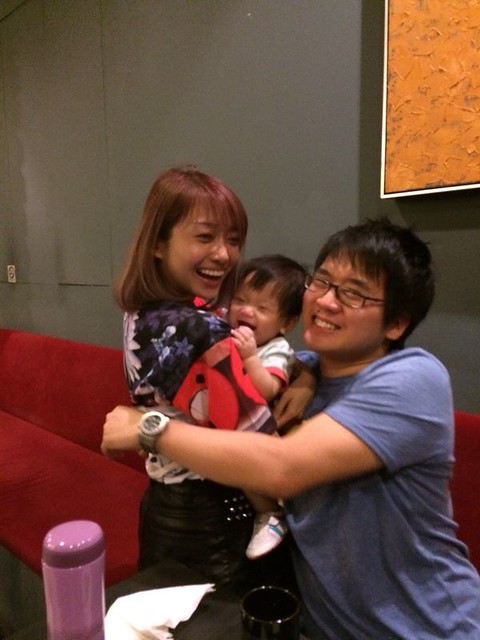 I knew I would miss him but I didn’t realize how much it would color this trip.

Upon seeing kids around us, I alternate between guilt and anger wtf.  It’s like I’ve reverted to my original kid hating self wtf (yea I didn’t like kids before this) and irrationally get mad that people bring their kids out WTF.

I thought it would be a good break for Fatty and me and it has been!  For the first time in a year we haven’t had a little critter around to focus all our attention on, so our attention is now spent on talking and listening to each other and having fun.  I’m able to just relax and be me a year ago.

But every time my mom or Fatty’s sister sends us a picture or a video it hits me.  Looking at a photo or video of Fighter’s latest antics – his backward attempts at crawling, his silly faces and his screams of laughter – makes me feel better that he’s doing just fine.  And worse because he’s doing fine, without me.

This is what motherhood is about isn’t it? It’s about duality.

It’s feeling conflicted all the time.  It’s feeling guilty yet relieved that we didn’t bring him.

It’s wanting to be the one doing everything for him yet watching the clock and wondering when I’ll have some time of my own.

It’s about how you can’t imagine a life without him anymore.  But the next second because you’re so drained you do.

Is this how it’s going to be forever?  Once you become a parent, you never get to stop being one even if your child isn’t with you anymore or is all grown up.  It’s like the curse of parenthood wtf.

If your child acts up and you lose your temper, you end up feeling guilty later and trying to make up for it with extra hugs.

Or maybe you can’t wait to leave the screaming brats at home and go to work.  But at work you’re looking at the clock waiting for the minute you can rush off to daycare and sweep baby up in your arms again.

When he gets his driving license, you’re proud of him yet terrified he’ll crash his car.

You can’t wait for them to grow up so you finally get your life back.  But then the empty nest seems too silent.  And lonely.

So this is what motherhood is about.  Being two people at once.

Nobody wants to admit it because that would make you a bad mom.  Feeling happy about going on holiday without your kids? Bad mom.  Imagining you never had a baby? Terrible mom.  You’re supposed to be 100% selfless if you’re a mother, and strangely the pressure is much less for dads – for men it’s okay to pursue your own career, to have your interests away from family.

But the truth is, being a mom has more conflict and duality than any other life role.  The sooner we realize that, the sooner we accept and support each other in it. And hopefully the easier it gets. 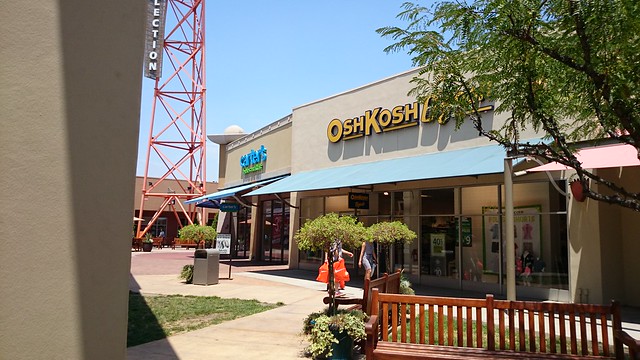 In the meantime I’m drowning my sorrows in shopping. Baby shopping that is hahahaha.  Miraculously I haven’t bought anything for myself and I don’t even feel like it.  The sun will rise in the west next wtf. 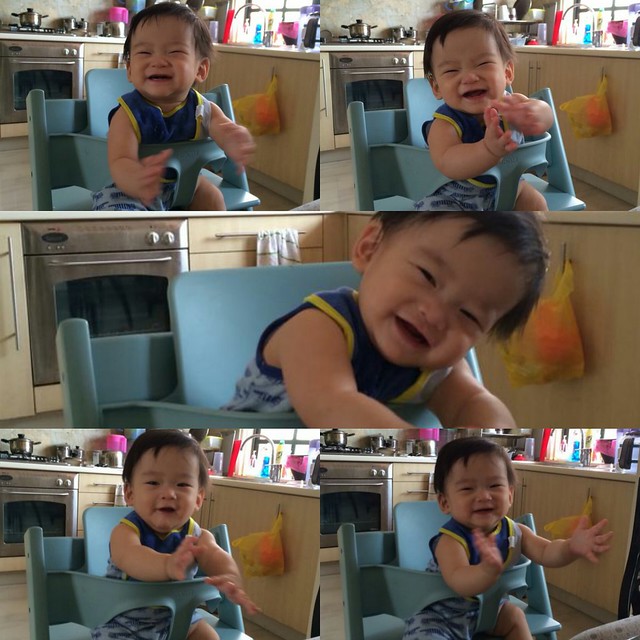 Until next week, darling. 🙂