Okay okay I know I am three weeks too late hahaha.  The weeks! They just flew by me pesky things so hard to hold down wtf.

Anyway the only time I ever made New Year resolutions before this was last year.  I’d always thought they were nonsense, cocked up by people to make themselves feel better about shitty habits hahaha.

But for some reason last year out of the blue I told myself, this year, I would bake and cook more.

And I did!  I Pinterested simple recipes for Fighter’s meals and ours too and started cooking.  I took up baking which I absolutely love.  Unfortunately with two kids now and a new vlogging past time I don’t have much time to bake anymore. 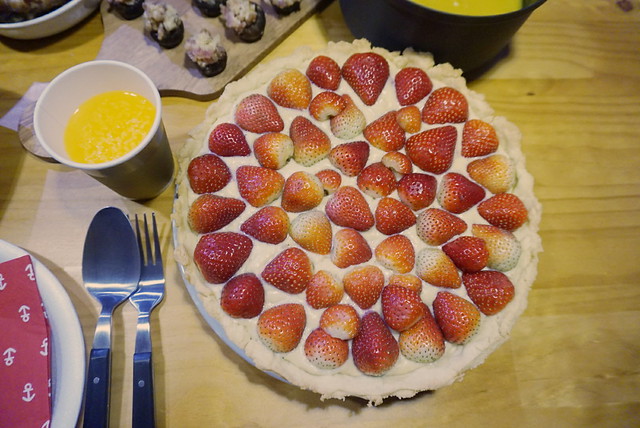 Strawberry custard tart that I made for a potluck.

So since I discovered I’m quite good at keeping resolutions, Imma make some this year too hahahaha.  I have three.

For the longest time, I resisted making videos.  So much so that I’ve had my Youtube account for like ten years or something and never bothered to do anything with it except upload random clips here and there. Because I hate my voice la wtf damn manly.  Although now this voice is good for shouting at my kids wtf.

Don’t know what triggered this foray into vlogging!  I think part of it is Fatty whose opinion is that people form bond with other people through three main mediums – writing (hello JK Rowling), film (hello Hollywood) and music (uhh hello every artiste alive).  I think I have consistently formed a relationship with my readers via my blog and I want now to tell a story in a different way – by video.

It’s a great way to challenge myself too!  It’s a completely different ball game and I’ve had to learn my way around it.  Frankly, it’s addictive and I hope to keep improving my content and editing skills and hopefully grow my video presence more this year. 😀

Imma learn how to sew

The truth is, I don’t know how feasible this is. I’ve been interested in learning how to sew since last year too — IKR??? So domesticated cooking la sewing la what else next I’d be erecting a greenhouse wtf.

Before Penny was born I actually found a sewing class and attended ONE class wtf.  I learned how to read a pattern and cut… templates I think it’s called?  Learned how to sort of use a sewing machine too although if you asked me now I’d soon as sew over my own finger wtf.  Cos after that no more time and everything thrown back to the teacher.

I’d love to learn how to properly sew and make cute baby clothes for Fighter and Mochi!  But I really don’t know if I have the time to this year.  If not, I give myself leeway to push this to next year hahahaha.  Or when Mochi starts school as well.

I want to do something more besides blogging

This ain’t new though. I’ve always been wanting to do something else besides blogging for income.  But until now still dunno what wtf.  This year I hope to discover where my passion lies and pursue it. 😀

Not a resolution but… I want to enjoy my life with these three awesome beings below.

Getting a good start to this now hahahaha. 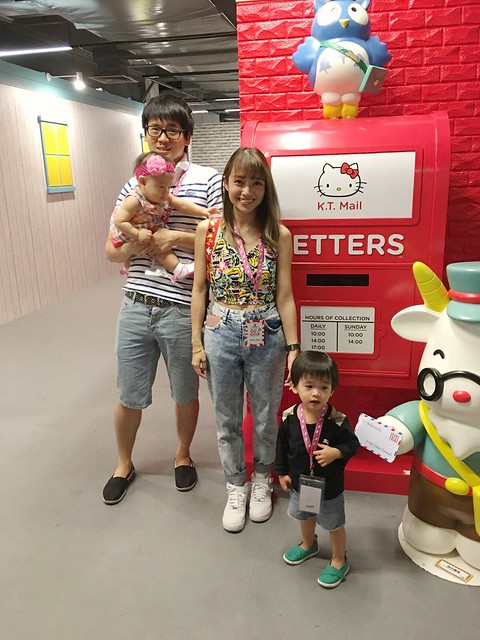 What are your resolutions?