Stomach flu is for the weak!

Down with stomach flu again.

Penny is suspected patient zero cos she threw up twice last Thursday.  I suspected it was the cafe we visited the day before because they had a massive play area with tons of toys and the kids were going nuts over it.

But she seemed perfectly fine even after she vomited.  She had a big dinner, milk and went to sleep and was as good as gold the next day.

This morning I woke up feeling nauseous. I started throwing up and felt too terrible to even get out of bed.  Anything I swallowed came straight back up again.  So I basically stayed in bed curled up like a ball of lint wtf and tried to sleep it off.

Apparently the kids had some form of it too!  It’s been two days since Thursday but suddenly Penny started having watery poop. And Fighter vomited three times. :X

But they must be super human because they are completely unaffected!  Fighter would puke and cry for a bit but once he’s wiped up and in fresh clothes he would go back to playing wtf.  Fatty told me he saw them chasing each other around the house (Fighter importantly told Fatty, “I chasing baby”), playing tricks on each other (Penny held out Fighter’s toy phone only to snatch it away when he reached for it WTF) and generally being very boisterous hahaha.

So thankful they seem well!  Or else I think I die already wtf.  Still eating and drinking well, with wet diapers and toilet breaks so we’ll just let them recover on their own. Thank you Fatty for supplying me with bananas, 100 plus and Pocari Sweat.  For readying a bucket by the bed so I wouldn’t have to run to the toilet.  For patting my back to sleep.  For being my hot water bottle when I was shivering under the covers.  For bringing the kids in and out to see me so I would have a few happy moments out of a tiring, sickly day.

Fighter came running up to my bedside and asked me “Are you okay mommy?”  And he tried to hug me but was too pleased with himself for being so thoughtful he ended up just jumping up and down in delight wtf.

Penny came in multiple times.  Once I was sitting on the toilet bowl wtf but she wanted me to pick her up anyway.  She sat on my lap with her head on my shoulder quietly wtf. :X Other times she crawled up to me on the bed and rested her cheek on mine and lay there like that.

Another time she marched up self-importantly, wielding a scrap of paper with a shopping list written by our helper so I could order groceries online hahahaha. I asked Fatty if he could get me another banana so Fatty asked her, “Penny, do you want to go get mommy a banana?” She grunted in affirmation so Fatty took her downstairs with him.  Minutes later, they both came in again.

Like before, Penny marched up importantly to my bedside, brandishing a banana.  I said “Thank you, darling!” and took it.  She continued to stand there expectantly, looking at me and the banana. Even did a little jig on the spot which is what she does when she’s anticipating something. Hahahahaha.

I asked her, “You want to eat the banana?” She answered very empathetically, “MMM!” 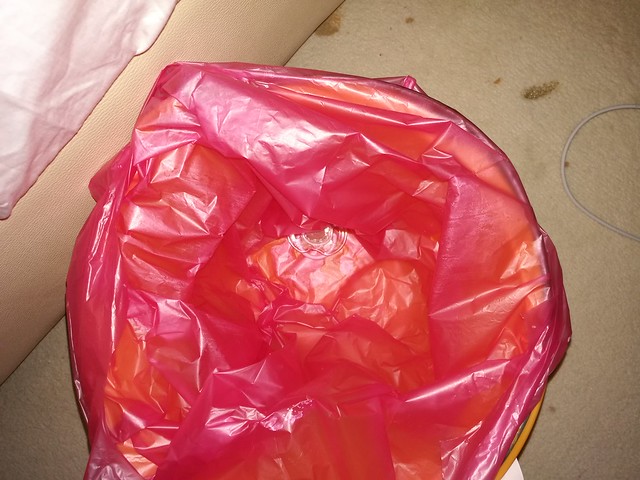 When I offered my banana to her, she immediately tossed her pacifier. Into my vomit bucket WTF. 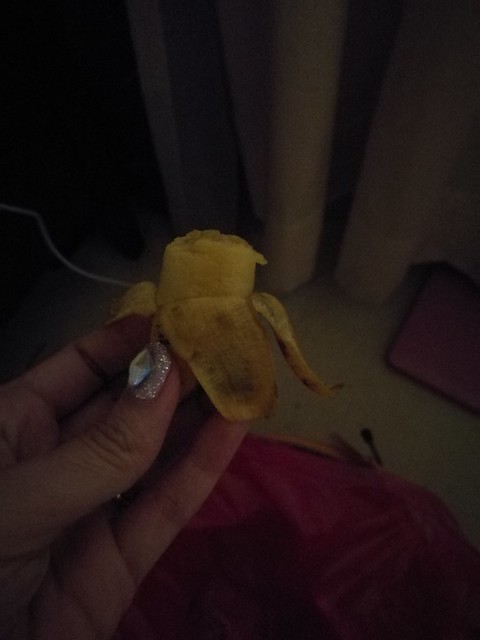 And ate half of my banana in one bite hahahahaha. 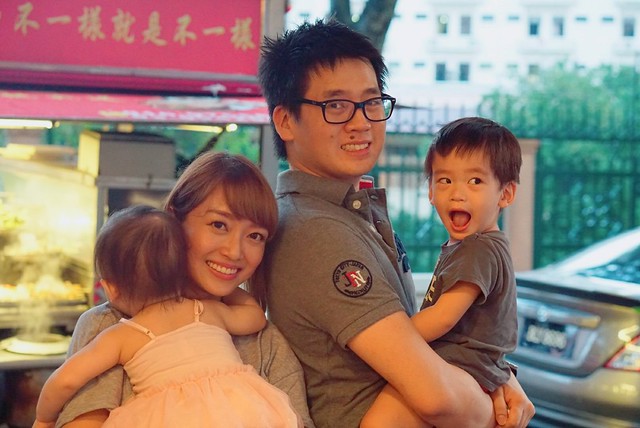 I am the mommy and I’m supposed to be the one kissing a boo-boo and wiping a sick brow.  But I was sick today but these three made it all better. (plus my parents who kept calling to check up on us! :D)