Shiet I am a month late wtf.

But better late then totally forgetting about it and moving on with life!

So the reason why I went to New York last month was because we got invited to Zang Toi’s show at New York Fashion Week!  While I don’t identify as a very fashion person, I do love my clothes (and shoes and bags) and I’m also very kepoh wtf.

I’ve been to KL Fashion Week obviously but hello NYFW is on a totally different scale!  I had to go, even if it meant leaving Fatty and the kids for a whole week.  Best of all, Zang Toi offered us the chance to go early and see how everything works backstage. 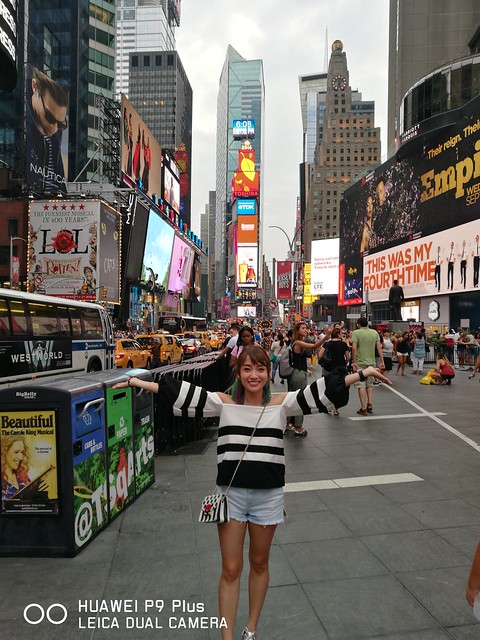 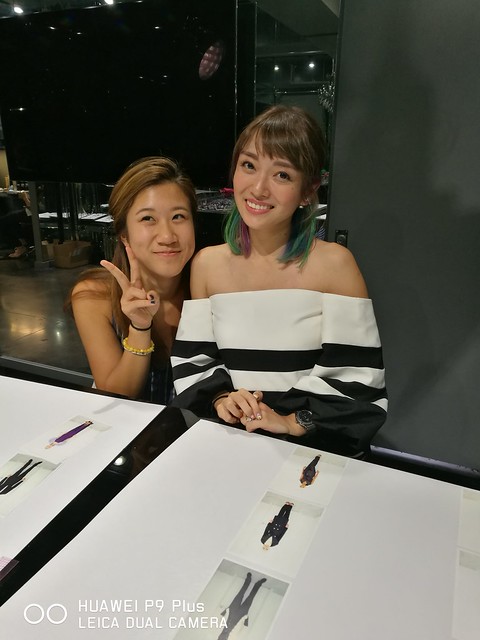 First stop: Zang Toi’s workshop and studio.  With an intern whose name I don’t think I actually got. T_T

It was very cool cos we got to catch the fittings!  Supermodels strolled into the studio and tried on their runway outfits while Zang checked to see if there were any last minute alterations.  Then they did practice runs walking in time to the music while Zang and his team watched, ready for any changes.

Sieu Ee and I got to participate in the design house’s traditions too!  Like Lucky Chicken Night, which started the first time Zang Toi showed at NYFW.  He wanted to do something nice for his team who had been working so hard and he didn’t have a lot of money.  So he ended up ordering in KFC.  And it’s been a tradition ever since for the team to have a KFC dinner the night before the show. ^^

Zang Toi’s Malaysian and Singaporean family flies down every Fashion Week too, and another tradition is one of his brothers cooks up a huge pot of chicken curry for Lucky Chicken Night.  Then he cooks up another pot of minced chicken curry which they stuff into buns and feed the press and volunteers during the show.

Apparently a Zang Toi show is famous for these buns cos other fashion houses normally don’t serve food.  So the press is super happy about it and rave reviews have been written about the chicken curry buns hahahaha. 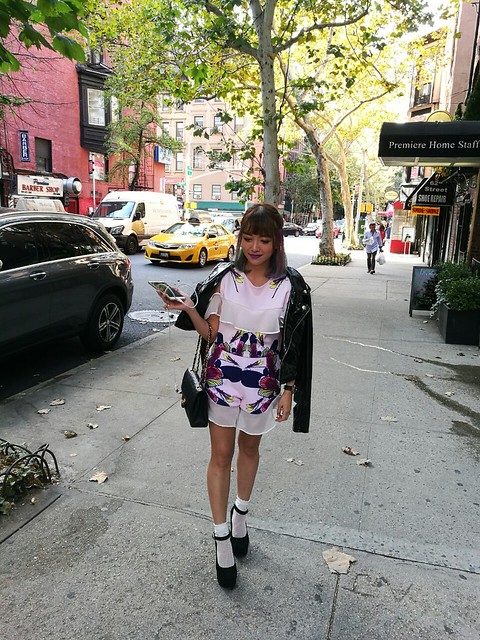 My outfit for the Zang Toi show!  Floral two piece from Twenty 3’s KLFW collection!  Ok I must mention this stupid disaster wtf.

So basically Sherlyn gave me two outfits to wear in New York and she got them delivered to me the day before we left.  The other outfit was a gorgeous edgy white and navy ensemble and I planned to wear that for the Zang Toi show.  It came in its own flat box which I left it in first while I packed cos I didn’t want to wrinkle the clothes.

But when it came down to it, I forgot to pack it WTF.

Yes. I left my NYFW outfit in Malaysia……….

And I only realized the day of the show!!!! Sieu Ee and I were walking back to our Airbnb from Central Park when it suddenly occurred to me I hadn’t seen my outfit ever since we got to New York WTF.

She said my face turned a becoming shade of green wtf.

Damn stupid la!!!! What is basically the biggest night of my fashion life and I commit a fashion disaster like this. T_________T  So I settled for this outfit which is so pretty too but the other one would just have been more suitable. T_______T 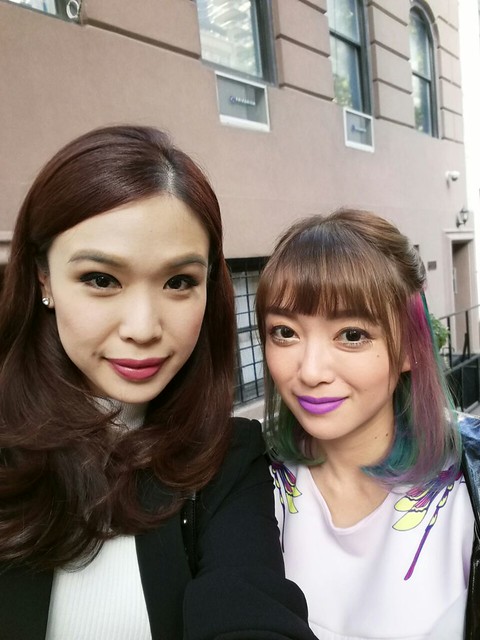 Anyway bygones.  Here’s me with Sieu Ee who’s dressed very professionally cos she was a show volunteer. 🙂

Wearing my new purple lipstick from Tarte. *hearts in eyes* 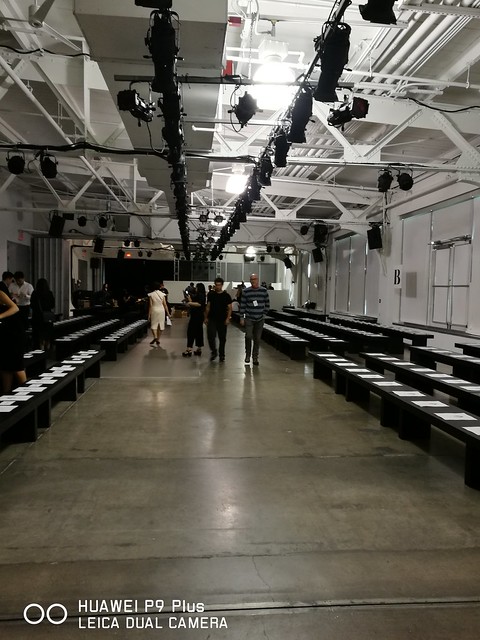 Got there and saw the set up still happening.  Exciting! 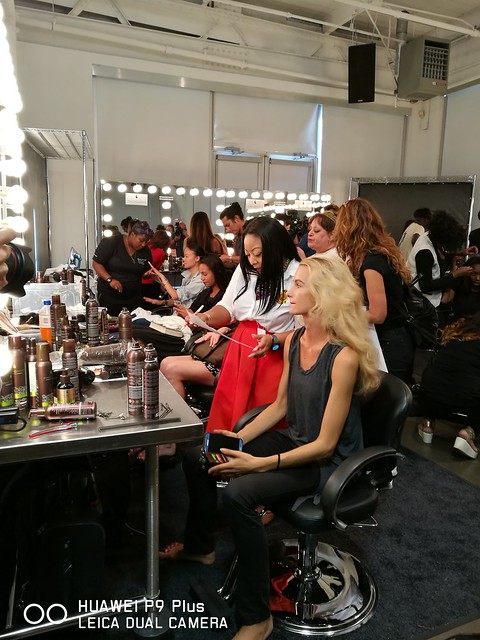 And this is backstage!!! Ahhh I die of overexcitement wtf.

It was so amazing.  The place was just bustling; models were all seated at the mirrors while hair and makeup people bustled over them.  They even gave the models manicures and pedicures… and fake hair pieces.  The hair team was headed by Eiji of Eiji Salon and the makeup artist was some celebrity fella too sorry I didn’t get his name hahahaha.

All those models with sleek ponytails and elegant chignons? All fake lolol. 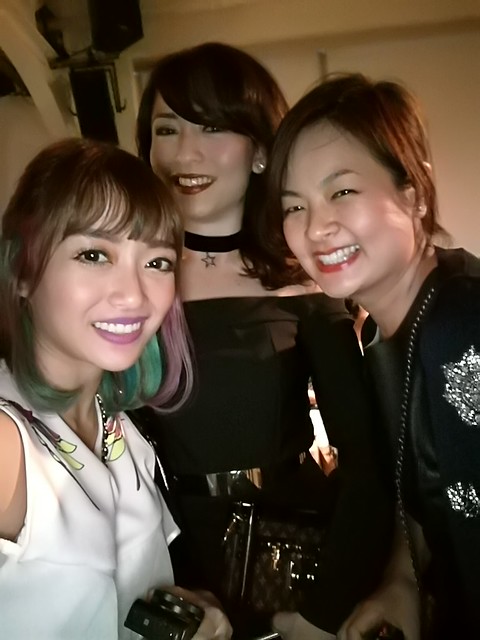 With Lay See and Amanda who also happened to be in New York! 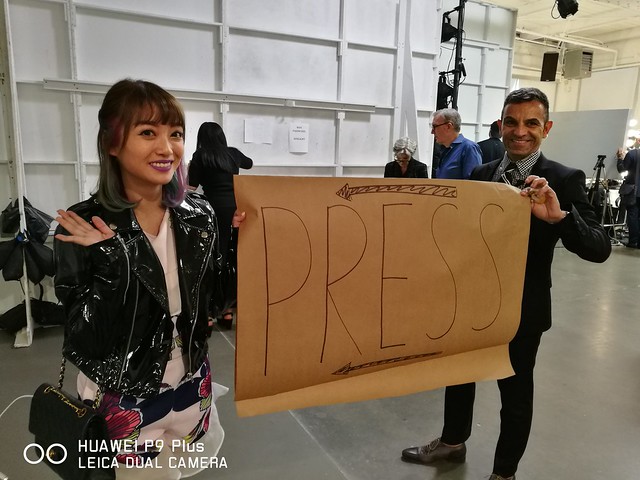 My sole useful contribution that day – making this sign to tell the press where to go hahahahaha. 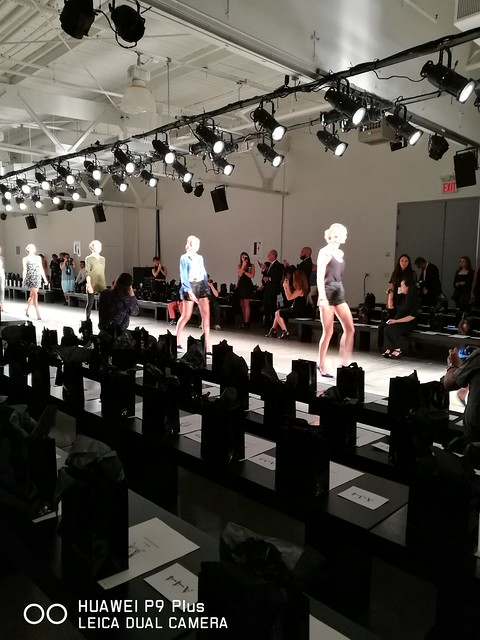 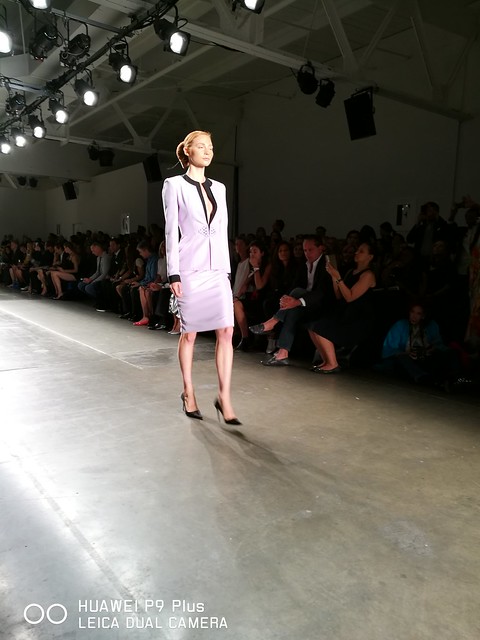 And finally the real show! 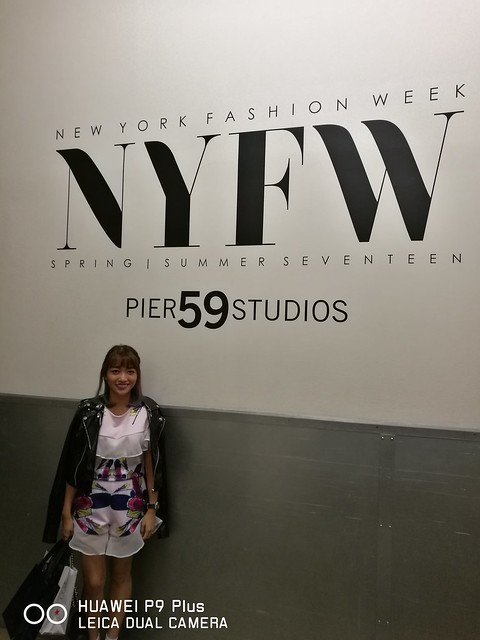 Ok if at this point I look like I’m dying…. it’s because I was wtf. 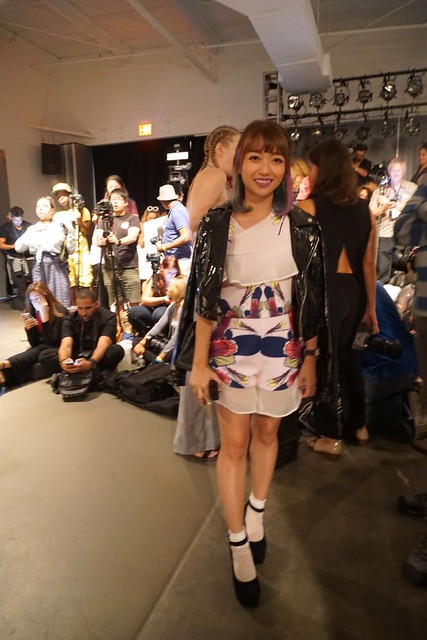 Still dying and trying to stay on my feet wtf. 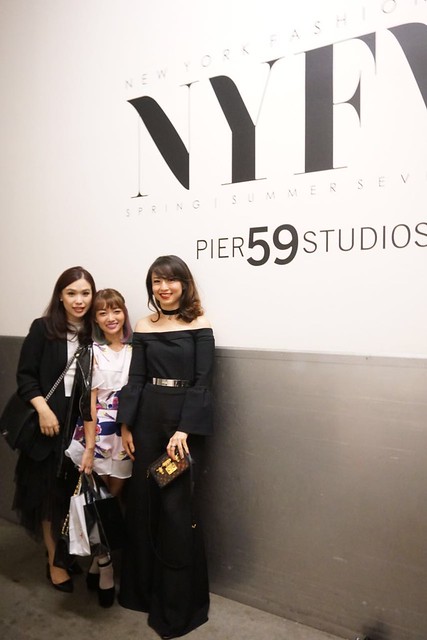 Before the show when I was running around backstage, I had a very mild headache.  But as the night progressed, it turned into a vise around my skull FML.  I sometimes get migraines but this was one of the worst!

I managed to make it through the show, and still vlog but by the time it ended it was getting hard for me to walk/stand up/turn my head wtf.  I left the after party early and Ubered back with Sieu Ee. T____T

We were sharing the Uber with some other guys and I had to lay my head on the inside of the car door and close my eyes cos it was so painful.  One of the guys whispered, “What’s wrong with her?” and Sieu Ee told him I wasn’t feeling well but I can bet he thought I was drunk FML.

They were really sweet and told the driver to drop us off first though.

I got home, ran up to our apartment and finally vomited wtf.  Then I collapsed on to the bed and slept the migraine off. T_____T

Thank you Sieu Ee and the Toi family for looking out for me. T____T And thank you so much Zang Toi for letting me be a part of NYFW 2016. 🙂

Here’s the full vlog here for your viewing pleasure!  Please watch cos I filmed this while trying not to die wtf.