So when I married Fatty, one of my wedding vows was to make him his three favorite dishes – bak kut teh, hot pot, and macaroni pie.

I made bak kut teh once, he thought my bag of herbs cannot compete with outside BKT so he told me it’s ok he’d rather waste his cholesterol intake on Klang BKT FML.

Hot pot… my mother in law makes more than enough and she’s good at it too.

So before meeting Fatty, I’d never heard of (Hainanese) macaroni pie before.  How was it Hainanese when macaroni and pie are the two most Western sounding foods ever?  I’d never even seen it in any restaurants and had no idea what it would taste or look like.  And this was in 2012, mind you, when I googled and came up with nary a clue.

All I knew was that Fatty loves and it’s a Tiah family favorite.

I asked my mother in law and Fatty’s aunt described it as a pie filled with macaroni/insert whatever pasta, chicken, potatoes and whatever else you feel like putting in.

She didn’t mention anything about sauce (that I understood wtf).  Or maybe she did but I just didn’t get it, being a complete noob at the culinary arts hahahaha.

So as stupid people are always confident, I proceeded anyway hahahaha.  Fatty seems to like it so here’s my recipe. 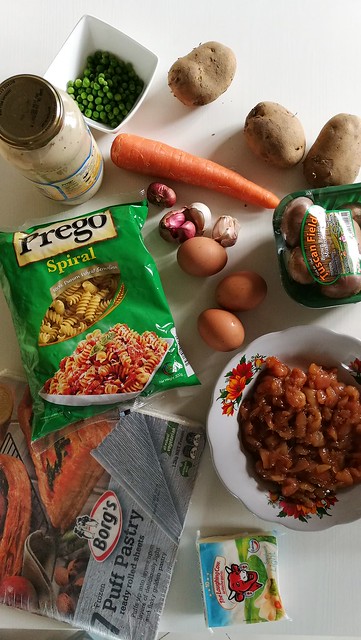 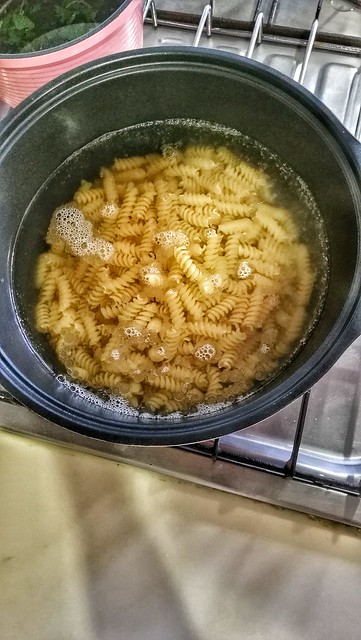 2. In another pot, heat about an inch of oil. Boil diced potatoes until golden brown.  Again, they don’t have to be totally cooked because we will be popping everything into the oven later. 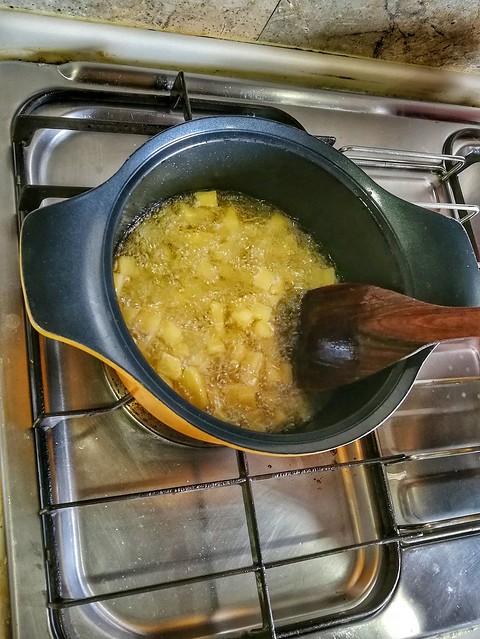 3. Add cubed carrots and fry until nearly done.  Set aside. 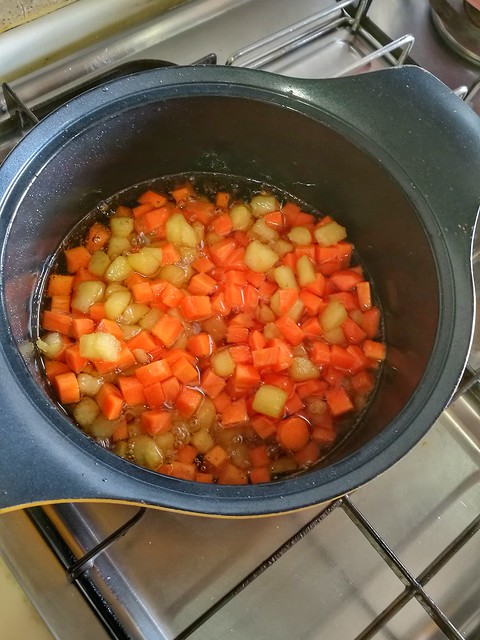 4. In a wok, throw in two shallot cloves (sliced) and 2 cloves of garlic.  Stir fry in sequence: sliced button mushrooms, peas, and minced chicken.  Set aside. 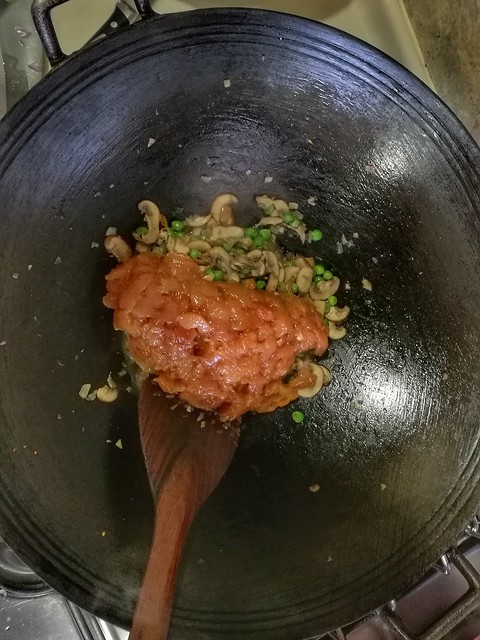 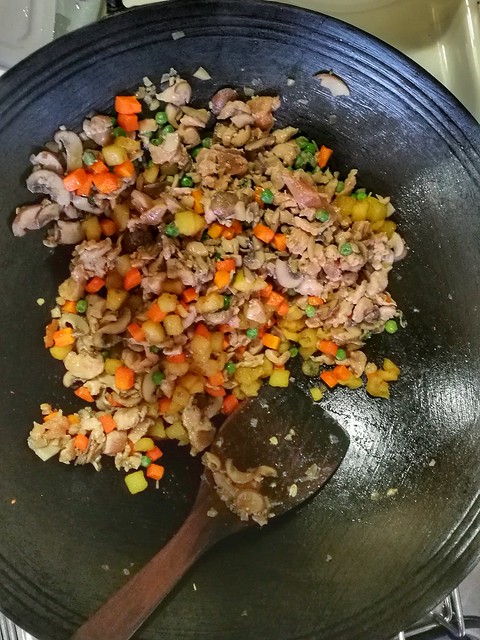 Add the diced potatoes and carrots for a last stir fry.

4. In a casserole, put everything together – the pasta, chicken, mushrooms, peas, potatoes, carrots, everything. 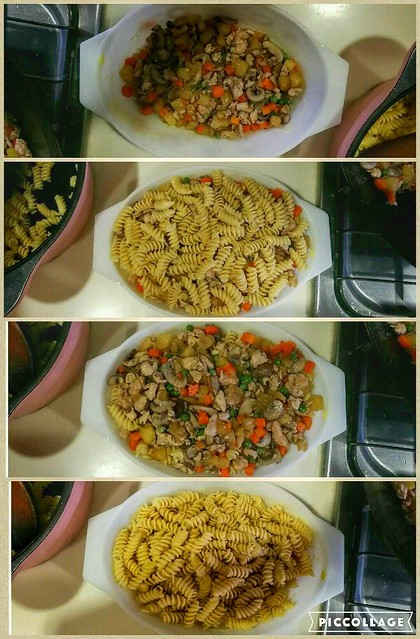 I alternated between layering pasta and the other yummies.5. Pour in Prego’s Carbonara Mushroom Pasta Sauce all over. 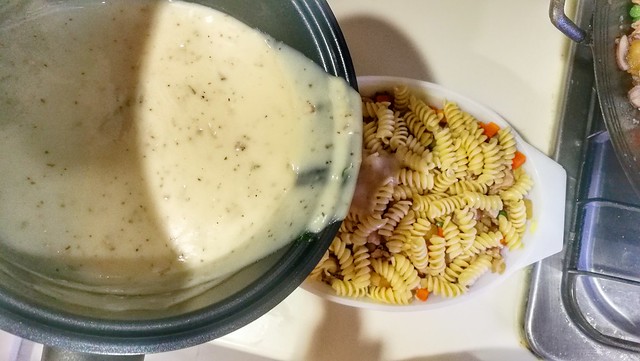 7. On top of the eggs, lay sliced cheese.  Any variety will do.  I used light sandwich cheese cos I don’t like anything too smelly hahaha. 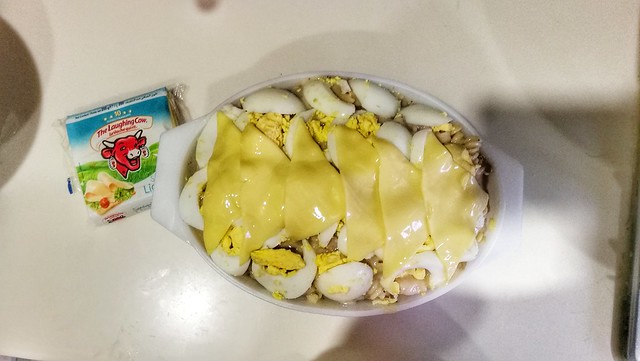 8. Lay out the puff pastry.  Brush one side with 1 egg white.  Cover the dish with the pastry.  You can either trim the edges of the pastry with a knife, or be lazy like me and just fold it over itself. 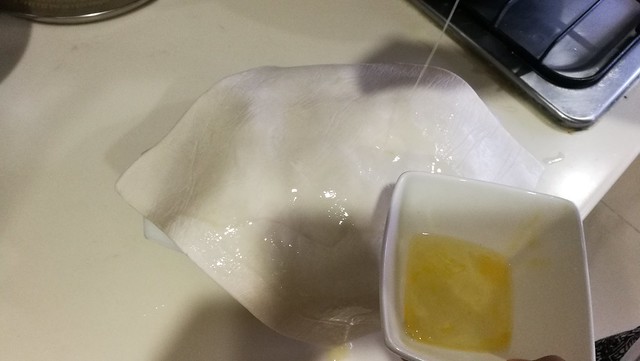 9.  Pop into preheated oven at 200 degrees C for 20 minutes, or until pastry is puffed and golden. 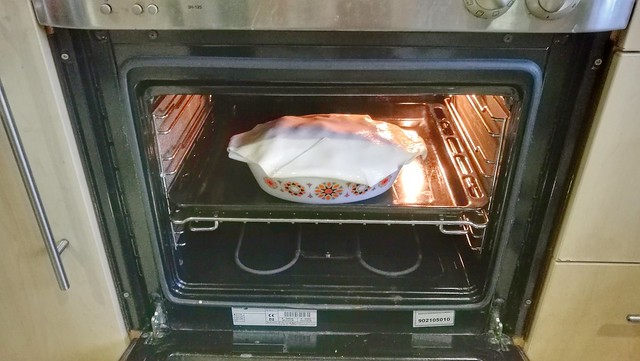 10. Remove from oven and enjoy! 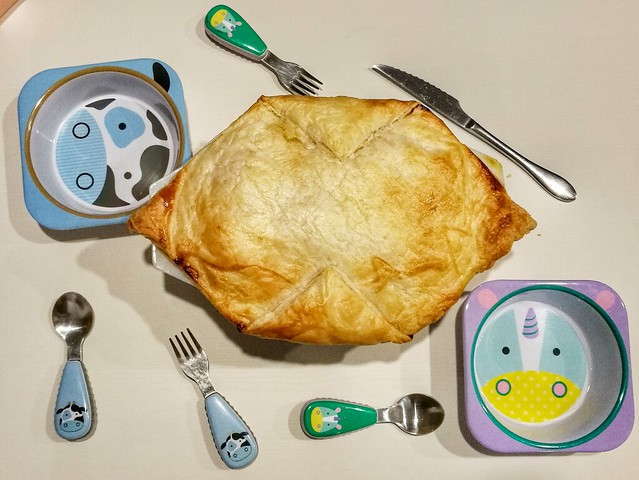 Okay so my pie is not the most beautiful thing in the world. Hahahahaha.

But the kids and Fatty love it. 🙂 In fact, this is a family of pasta lovers so we cook pasta at home very often.

It’s a nice change from rice and porridge, and really you can cook it with anything – a lot of times we make it with chicken or pork broth, add some chicken and random vegetables and call it a meal.  Or even easier, add meat to a Prego sauce and it’s a quick, proper plate of spaghetti bolognese or carbonara. 🙂 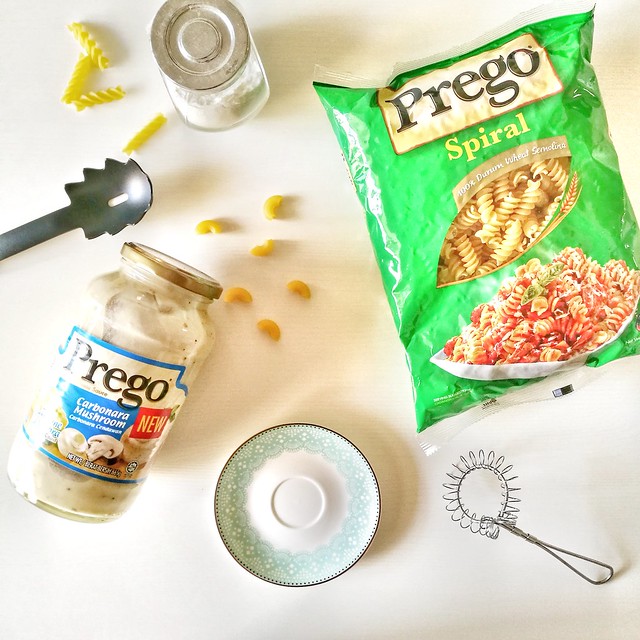 For more info, here are the Prego platforms:

This post was written in collaboration with Prego Malaysia.