I SEEN the light

So the past couple of days have been quite chilling wtf.  The mornings to be exact.

Cos every morning when I wake up, my right eye would be completely blurry.  The first time it happened, I freaked out.  It was as if there was a pale yellow film over my right eye, blurring everything out.   When I looked at a light, the light would be surrounded by a rainbow halo.

Using my left eye, I started googling and nearly peed my pants cos I thought it was a cataract WTF.  FML.  Woke Fatty up with my trembling voice and told him I couldn’t take Fighter to school cos I needed to go to the hospital WTF.

But then five minutes later, the yellow film dispersed and I could see again wtf.

So I went on with my day.  Cataracts means it will not go away so it didn’t seem to be it.  I read that it could be allergies causing it so I thought ok lemme wait and see.

The same thing happened the subsequent few mornings.  I’d wake up with this film which would dissipate over the next 5 minutes and everything would be the same.

This morning I woke up and thought eff it Imma find out the root of the problem.  So after I dropped Fighter off at school, I headed to ISEC in Midvalley to go pester some eye doctors wtf.

I was thinking stuff like… glaucoma wtf.  Maybe my cornea had shifted cos I did LASIK 4 years ago. Maybe my eyeball had changed shape WTF.  Like really thinking the worst la hahaha.

So I got called in to the doctor’s office and he ran my eyes through that machine they have.  He asked if I had any redness in the prior months and I said probably, but I can’t remember exactly.  Then he said a few normal sounding stuff and finished with, “OK I will prescribe you some eye drops and fish oil and you’re good to go.”

I was surprised he hadn’t diagnosed me yet but I can leave already!? Then I remembered he said “You have a bit of dry eyes” and then only I realized that was the problem. Hahahahah. Expect the worst until when he diagnosed the problem I didn’t even register that that was it. Hahahahaha.

It’s because I did LASIK exactly four years ago! So now I’m blessed with good eyesight and dry eyes FML.  No regrets doing it though cos it’s been so great not needing to wear glasses for 4 years now.

My shortsightedness has come back a little bit though.  My eyes used to be so bad, -7.00 on each side omfg.  Today they are -0.75 and -1.00 and I’ve recently noticed it so I started wearing contact lenses occasionally.  So now I got dry eyes I need to stay off lenses la until my eyes recover.

Which means I should probably get a pair of glasses for driving. 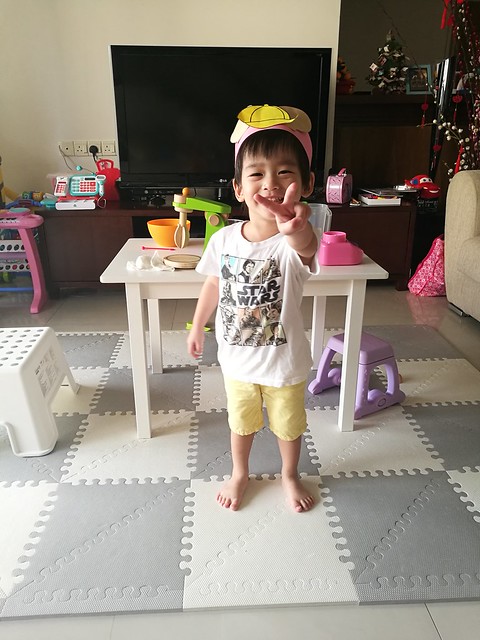 So no time like the present! *act Type A personality wtf   (cos I read that Type A personalities will never put anything off and Fatty is a prime example. Actually I told him I’d just go next time but he said GO TODAY so ok lor. Hahaha. Packed the car and this critter and his sister and off we go. 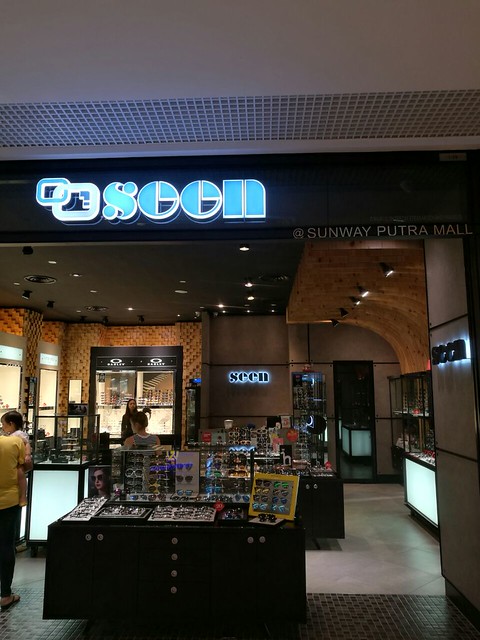 To Seen at Sunway Putra Mall.  Seen is owned by Alyicia, a reader of mine. ^^ Seen has a JV with Gentle Monster so they are the official distributor of GM in Malaysia! 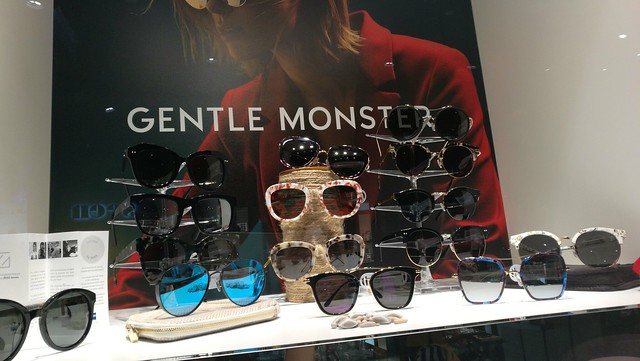 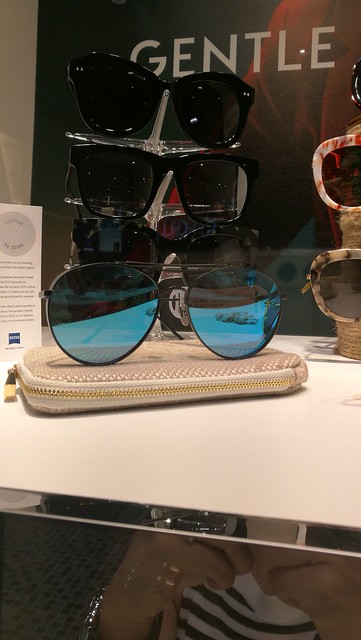 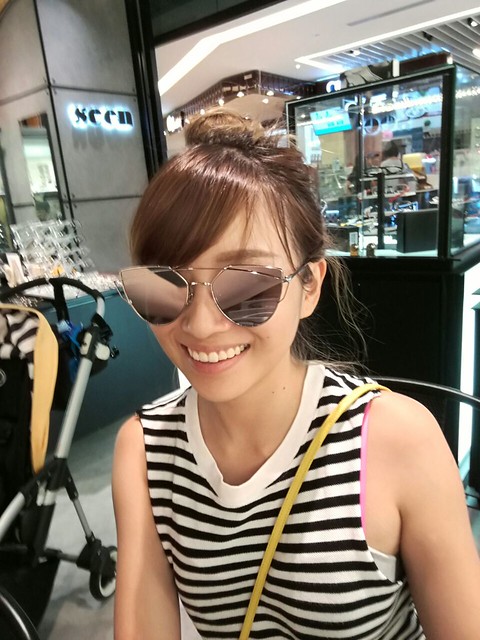 Love Punch!!! But we are not here to look at sunglasses, only functional glasses ok ahem. 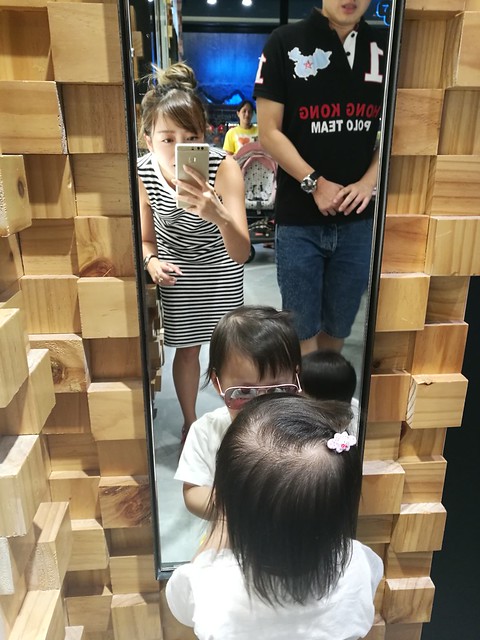 Penny’s pick.  Good taste baby.  The kids don’t understand why they cannot have new glasses too. 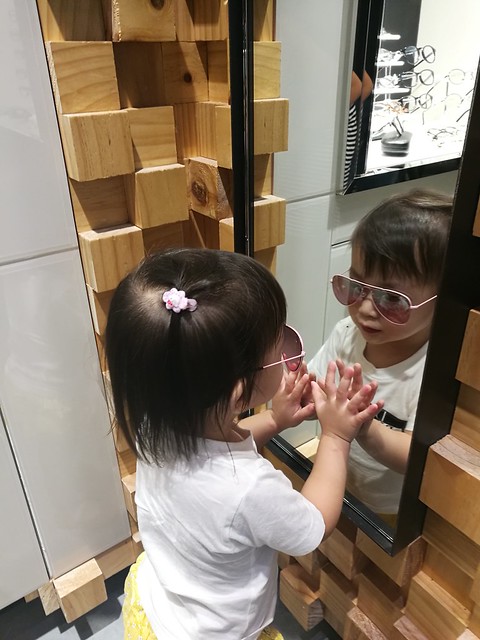 Uh how about cos these baby Ray Bans cost the same as my adult glasses. Hahahahah. 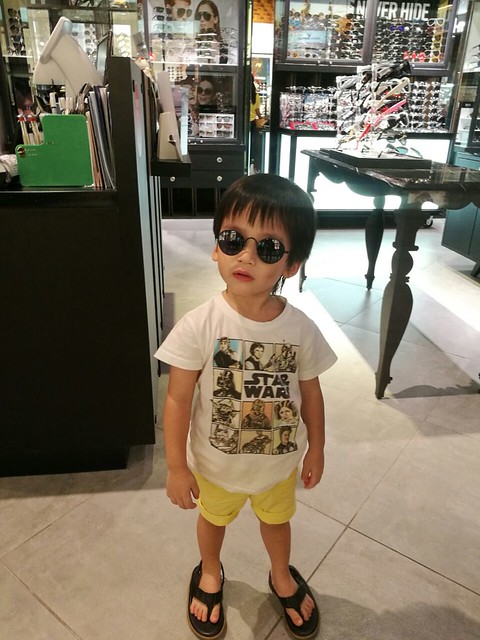 Super adorable though! When Audsterity Drive is over I may consider hahahaha. 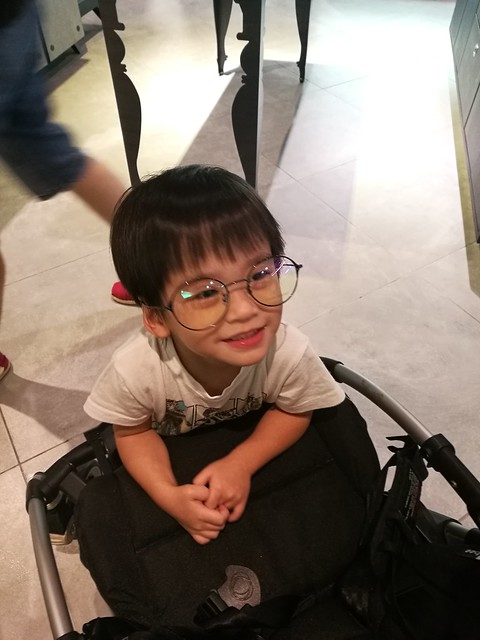 This pair Fighter loved! (for himself wtf.) He cried when we didn’t buy it FML. 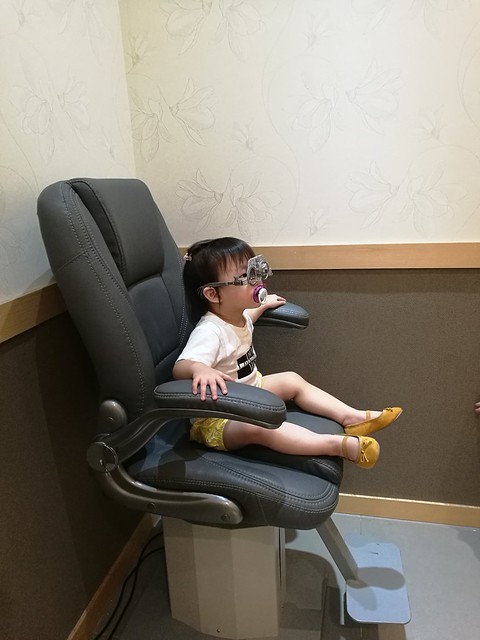 Penny thinks she got bad eyesight too wtf. So…. wanna see what I got? 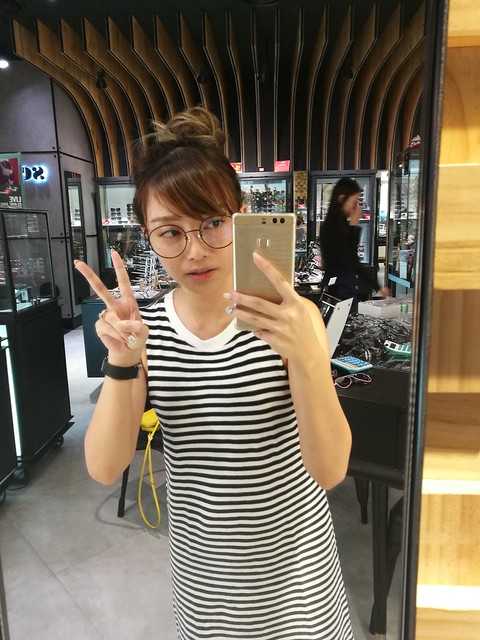 Pass? Yes? No? Ok better say yes cos I chose this pair hahahaahha. I like them cos they look like those lensless hipster glasses I wear when I have no makeup on hahahaha.

Why I chose to get glasses is that I don’t want to do LASIK again at this point yet.  Every surgery thins the cornea further and I don’t even know if my cornea now can redo anyway. So better let my eyes remoisturize and accessorize cutely in the mean time hahaha.

Thanks Alyicia and Seen for the awesome service as always!  Not an ad cos I paid for my glasses but since we really like her hahaha I wanna help her and help my readers too!

So she is offering my readers a further 10% discount off all her regular priced and sales items, sunglasses and prescription frames included.  Which means if there’s already a 20% discount, there will be an additional 10% on top of that.  Just quote my name or FOURFEETNINE. ^^