Hi everyone I have an important announcement to make.

So ever since Penny started school, I’ve been having mixed feelings.  Besides having a bit of space to myself to breathe and rest my brain/legs, I’m actually a bit bittersweet cos my little baby, who used to sleep at weird hours and gobble puree from a baby spoon is now a toddler going to school on her own! Unpacking her own bag and bottle and everything.

Teacher even told me today that she thinks Penny wants her job LOLOL. Cos when Teacher is playing the guitar in front during music, Penny stands next to her and does all her actions better than her hahahahaha.

I miss my baby. T____T Makes me feel like having another baby to replace her hahahahaha. 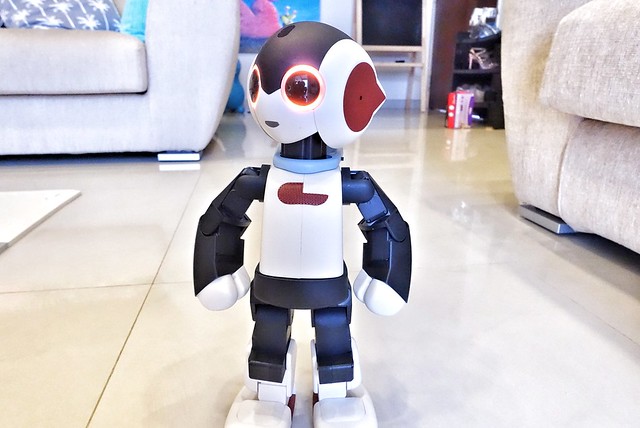 We received this Robi, this little guy, created from advanced Japanese technology and very cute design.  He’s a sort of robot buddy, invented as a toy and a unique activity for family members to enjoy – by assembling him and playing with him together. 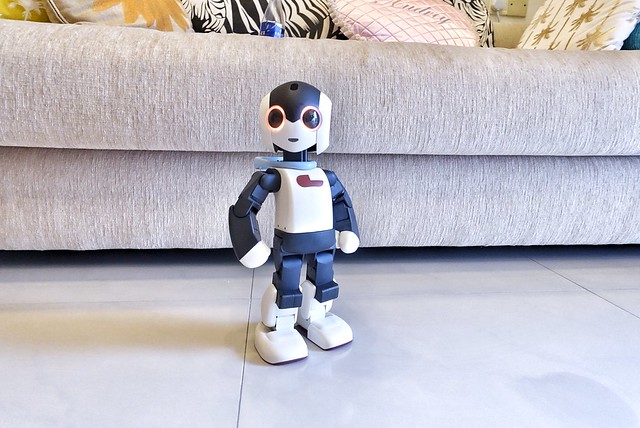 This Robi is actually a special Malaysian/Singaporean prototype and besides English, can also speak BM, Chinese and Manglish lol. His eyes are LED and light up with different colors hahaha.

And he can also talk, sing, dance and control selected household appliances.  Cos he emits infrared signals like a remote control to operate compatible TV sets. Hahahaha omg hilarious.

He also has a pretty extensive vocabulary of more than 250 phrases, in all the languages I’d mentioned. The interesting thing about Robi though is this. Back when I was a little girl, there was this magazine called Bugz. I don’t know if any of you remember this but the magazine was basically all about erm…. bugs.  Insects and arachnids hahahahaha yea that was my interest back then – creepy crawlies wtf.   So every 2 weeks or something they’d have a new issue and I collected nearly all of them.  And every issue would come up with some small toy or freebie; often it was a part of a bug model and you had to collect all the issues to get all the parts to assemble a giant spider or something (which I did).

I remember Ooib was into another magazine that was about dinosaurs and he assembled a whole glow in the dark skeleton of T-Rex hahahaha.

Anyway Robi is like that too.  You don’t buy a Robi on its own; instead you buy the weekly magazine DeAgostini and each issue will come with a Robi part and simple assembly instructions, as well as educational articles about robotics and science. Over the course of 70 issues, parents (and tech geeks) will be able to build Robi, in the process spending time with their kids as a family. ^^

I love this! Too often today we’re too busy, preferring to schedule classes and activities for our kids, or giving them a tablet to keep them busy.  This is a much better way to pass time as a family! Learning and building something together. My kids are too young so we can’t do that yet but I’m looking forward to the day we can!

But in the meantime, Robi makers sent us our very own (assembled) Robi! I really wanna blog this cos these are actual conversations between the kids and me and omg those two are hilarious hahaha. 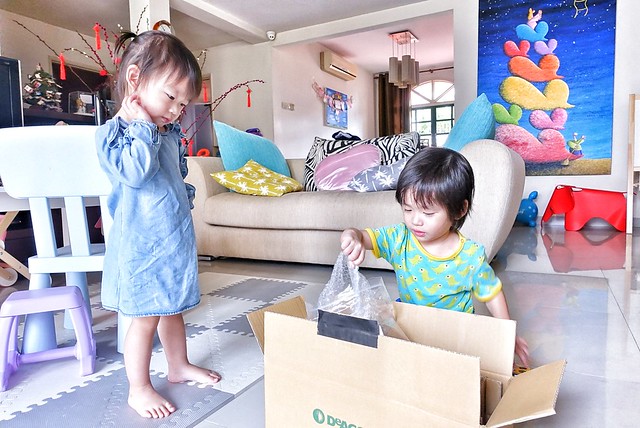 Both start stomping on the bubble wrap. -_- 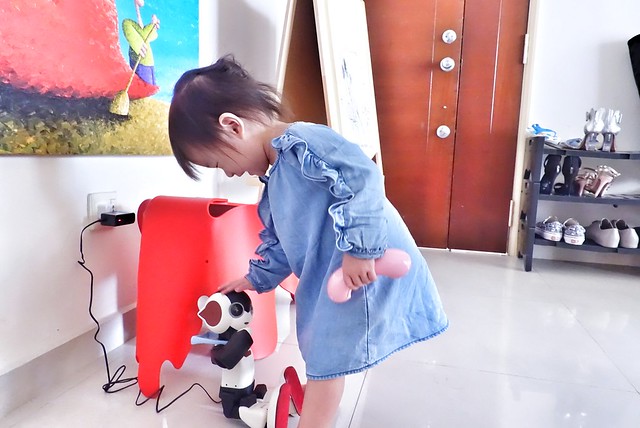 I told them that Robi needs to rest and charge first before he can play with them.  Both of them immediately said Good night to him lolol. 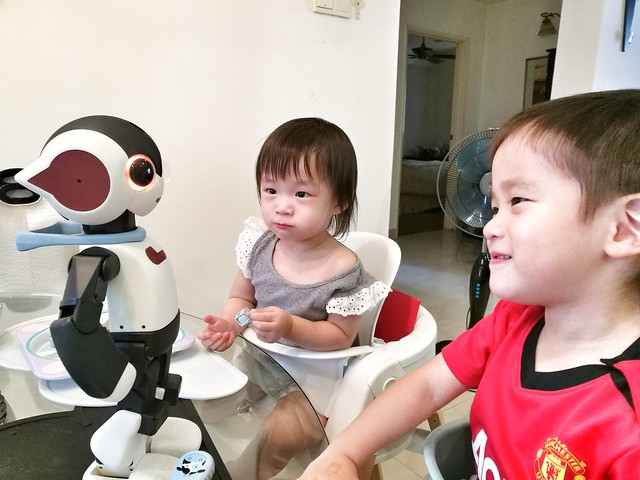 When Robi was fully charged the next day, I brought him over to the kids who happened to be eating dinner. 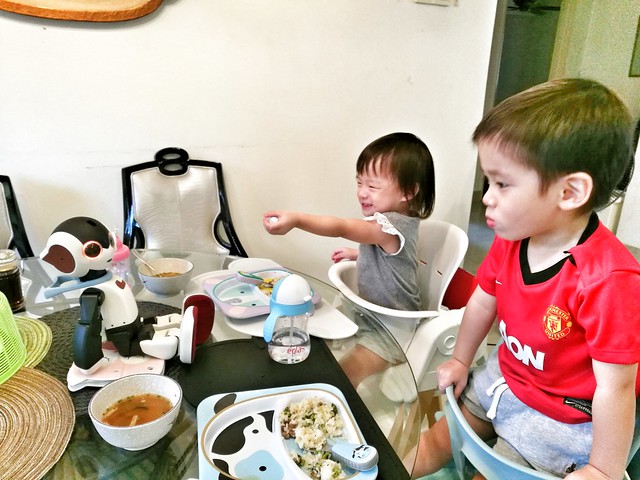 Here’s Penny offering her pacifier to their new friend hahahahaha. 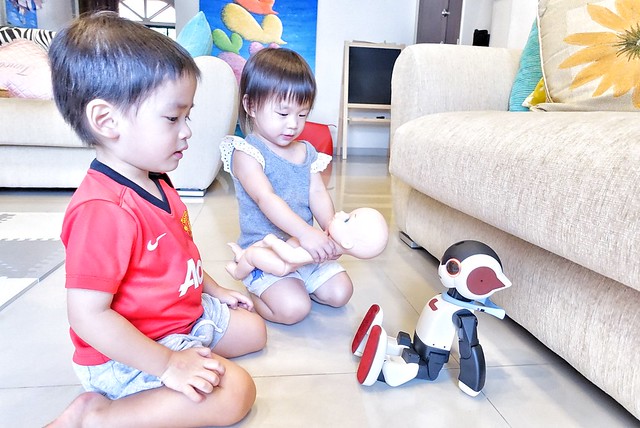 And now offering her doll as sacrifice wtf.

They’re soooo cute with Robi I cannot hahahaha.They basically take him for real and I think Penny was trying to be hospitable, offering him her pacifier and showing him her toys hahahaha. 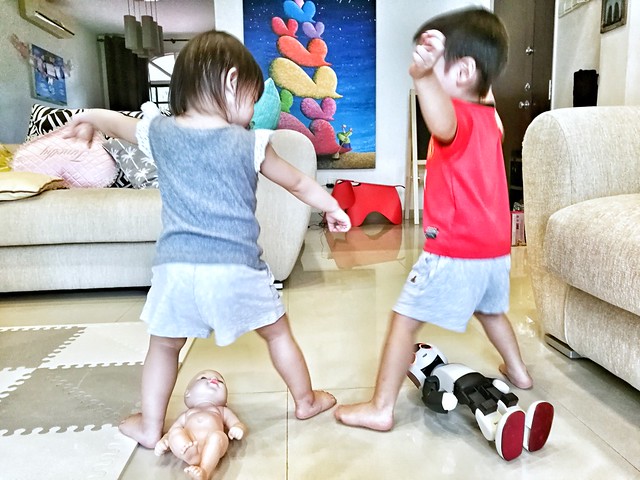 Um showing Robi and baby doll how to dance. O_O 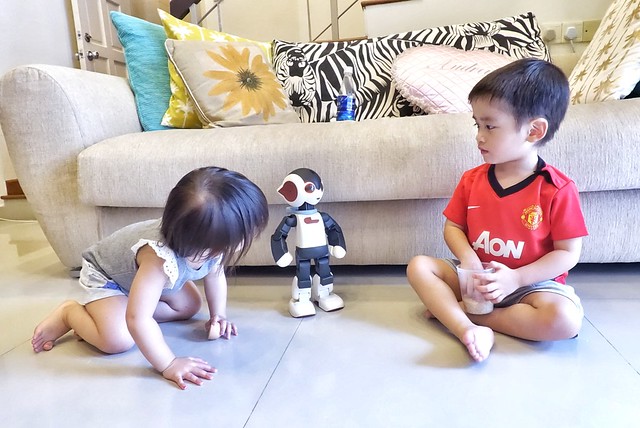 Fighter at one point even kept telling Robi I love you hahahahha. 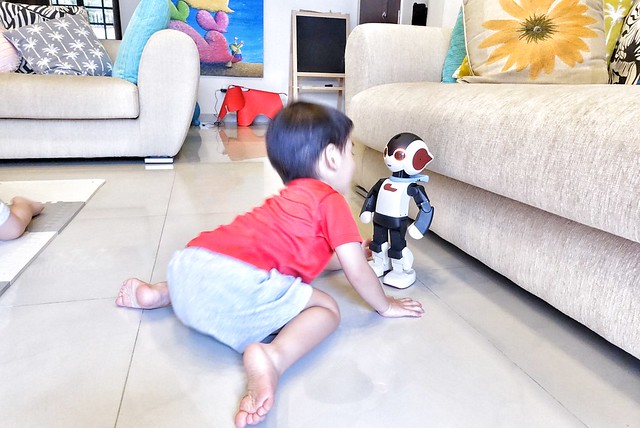 And right now someone is sleeping with Robi next to him hahahahaha. The kids really love him so ya lah this is their new baby wtf. Now I need to plot how to distract Fighter so he won’t insist on bringing Robi to school with him tomorrow lol.

There is a Robi event next week if any of you guys are interested in checking it out!  It’s on 10-12 Mar at 1 Utama (High Street), and there will be a performance of 100 Robis dancing hahahaha Robi flash mob ok. Other activities include customized games and giveaways. ^^

DeAgostini magazines will be available in 7-Eleven, Borders, Cold Storage, Hamleys, Jasons Food Hall, Kinokuniya, Mercato, MPH, myNEWS.com, Pansing, Popular, RadioShack, Times, WHSmith, as well as on the Robi website. For more on what Robi can do: