Fighter was cuddling up to me and telling me I was his ‘sleeping bag’ wtf.  A short while later he spilled a toy pot of uncooked rice (one of his obsessions). He gets very lazy about cleaning up the rice so I’ve been nagging him and threatening to sweep up the rice and throw away.

Me: Remember what I said? You have to be responsible for your own mistakes. Which means I’m not going to help you pick up the rice. You pick it up yourself or else I’m sweeping it away.
Fighter: *stares at me for a while then raises his finger* Ding! I use my magic to turn you into a non talking sleeping bag.

While playing on the slide. Fighter was coming down the slide and Penny chose to stand at the foot of it with her back facing the slide.

Fighter slides down and his legs slam into her butt, and she falls over.

Fighter: Mommy who’s your boyfriend?
Me: I don’t have a boyfriend
Fighter: Only girlfriends?
Me: Yea. Well Daddy was my boyfriend and then I married him so now he’s my husband.
Fighter: Oh? And where was me?
Me: You were in my tummy.
Fighter: And Baby was in whose tummy?
Me: Baby was in my tummy too. First you were in it, then you came out and became Mommy’s baby. Then Baby was in it then she also came out!
Fighter: HAHAHAHAHAHHA

Fighter: Oh! I think I’ve been here before
Me: Yes this is KLCC
Fighter: Is it fried chicken?
Me: …. Er no. It’s KLCC, not KFC. 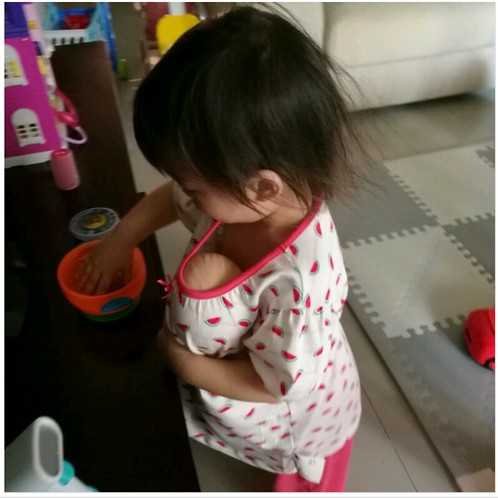 Me: Baby, are you pregnant?
Penny: Yea.

Penny has a sweaty head problem FHL. When she sweats (which is often) her head becomes damn smelly wtf.

Me: Eee baby! Why your head so smelly?
Penny *thinks hard* Baby head got poo poo.

Play Doh drops on the floor.

Penny: Koko why Play Doh fall down?
Fighter: You dropped it.
Penny: Why?
Penny: Why?
Fighter: (frustrated) There’s no why. It’s just like that.

Fighter was sitting like an ah pek with his shirt pulled up.

Me: Why is your shirt like this Koko?
Penny: (quickly pulls up own shirt) How ’bout me mommy? How ’bout me? 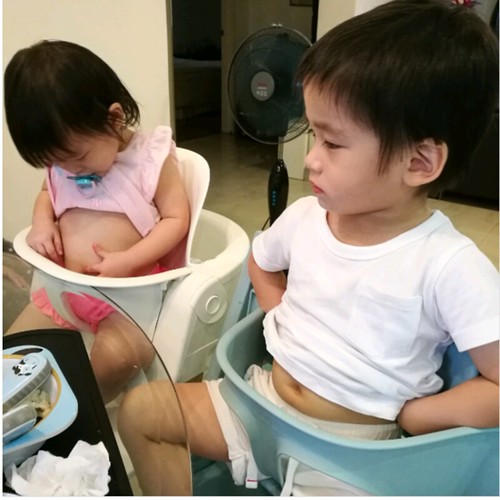 Both critters are playing with their swim floats and Penny wants to exchange with Fighter.

Fighter: I want to pee in the toilet. Because my bird very long.

*
Penny is pulling off the heads off her Peppa Pig, George, and Mommy and Daddy Pig.

Penny: I take off my head! *tries to pull own head away from her neck*

In school in Mandarin drama class. The children are pretending to get on bicycles to cycle to somewhere.

Fighter: Wait! *takes out toy cell phone* I need to check Waze. Because I don’t know how to go. 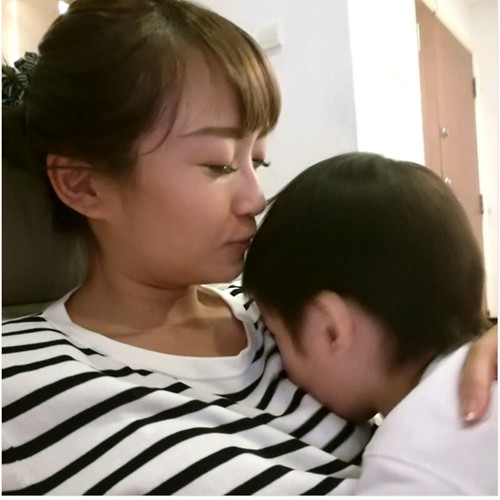 Fighter: Mommy I don’t want you *proceeds to climb on my lap*
Me: Uh ok. Then why are you hugging me?
Fighter: I don’t want you. I just want to hug you. Because you’re so soft and cute!