The door tore open with a bang. A second later, small, quick footsteps pattered across our bedroom carpet.

If my eyes were open, I’d have rolled them.  But they were shut, glued together with sleep.  Which I didn’t have enough of cos I had insomnia again the night before. T____T Instead, I just pulled the covers over my head, praying that they wouldn’t see me, and cursing Fatty for bringing the kids in so early to wake me.

No point wtf.  Under the comforter, I felt the bed sink in two spots as two critters clambered on to the mattress, chanting “Mommymommymommymommy”.   One made herself comfortable on my bladder, making me feel like peeing the bed.  The other one settled on my right arm, numbing it.

The comforter over my head whipped open and two critters cheered as though they’d found some buried treasure.  Fighter was the one sitting on my arm and he’d pulled open the comforter.

He informed me, “Mommy, it’s morning. Time to wake up.”

And then he lowered his head and planted a kiss on my forehead.

“I kiss you. Like the prince and princess in my iPad.  The princess hurt her finger then she sleep and the prince kissed her and she woke up.  So you can wake up now.”

Was there ever a more adorable alarm clock!? T______T All annoyance vanished. I cracked open an eye and pulled both him and Penny in for a snuggle.

Later on, Fatty told me what really happened that morning.  Fatty wakes up earlier than me on most weekends and he normally tries to keep the kids away from our bedroom so I catch a couple more hours of sleep.

Fatty unsuspectingly said sure and opened the door leading to our side of the apartment.  Immediately, both critters jumped up and dashed through the door, hollering, “MOMMY! I SEE MOMMY!”

He sprinted after them, but they were already halfway up the stairs and banging on my room door. Lolol.

And you know what happens after that.

I’m blogging this so that…. on days where I feel I’ve had enough, I will remember today and remember what makes it all worth it. 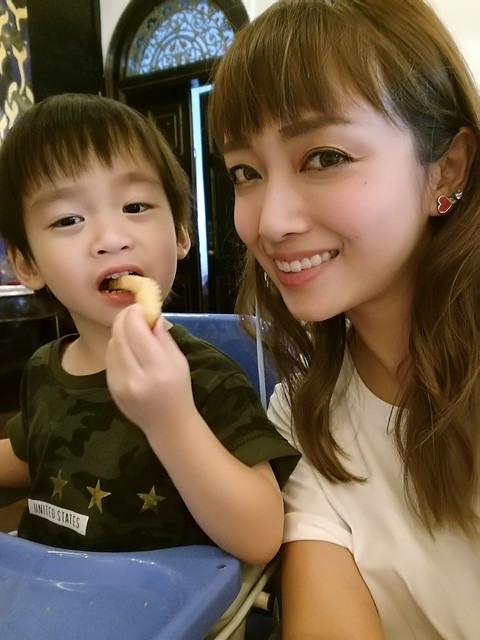 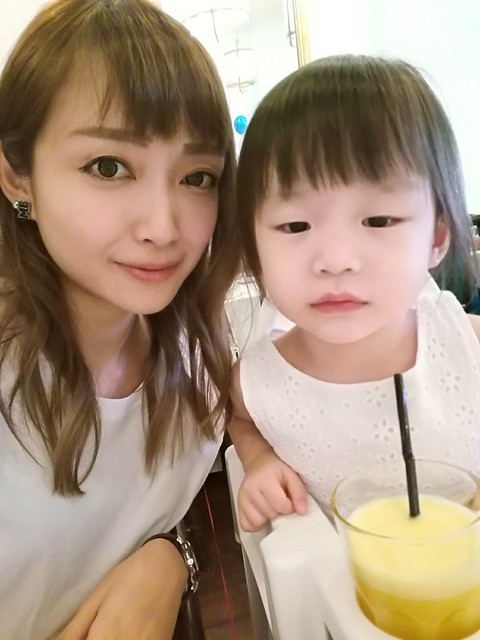 With my loves the other day at lunch. <3