Sometime this year, Fighter has noticed that he’s smaller – much smaller, in fact – than most of his classmates.  For example, his best friend Chase is more than a head taller than him fhl wtf. 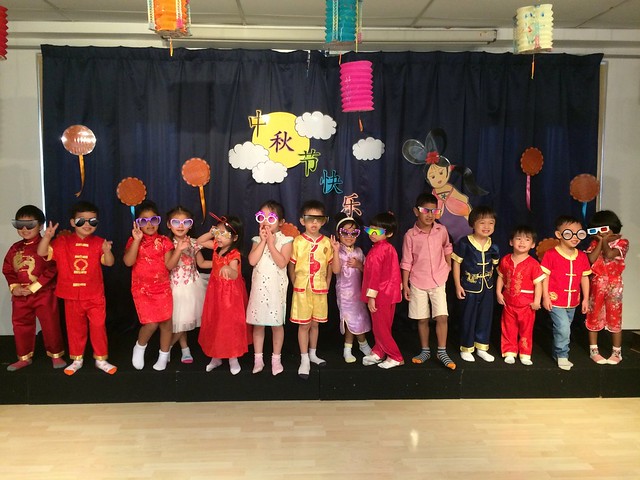 Here he is with his classmates wtf.

He points out the fact pretty regularly now and  we’ve been telling him that everyone is different in their own ways and because he’s so small, he’s special.  One of his teachers even gave him a children’s book about how everyone in the world is different – different hair, different skin, different cultures and traditions – but we’re all still the same inside, to teach him the concept that everyone is unique.

Before he started preschool last year, I was worried that he’d be picked on for his size.  But I was clearly worrying about nothing cos his teachers tell me his friends love him cos he’s small! They all think he’s damn cute lolol.  His class teacher told me that once, she was demonstrating something to his class and for some reason, Fighter kept reaching out and messing up her things wtf.

She gently admonished him, only to have one of his classmates pipe up, “Teacher, please don’t scold Jude. He’s so cute.” Hahahahaha.  And I can see it myself!  His classmates are extra loving to him and Chase protects him; even the more boisterous boys slow down and take care of him like a younger brother hahaha.

But all that didn’t matter to Fighter.  All he wanted was to be tall.  He readily ate everything I put in front of him, hoping it would make him grow faster.  He hates eggs but tried his best to eat one every morning cos his Ah Kong told him it would make him bigger.  One day, we marked the kids’ heights on our bedroom wall with a pencil and every few days after, Fighter would run in, asking to be measured to see if he’d grown any taller.

He would pull at the sleeves of his school uniform and tell me that he was sure his sleeves were higher up his arms now.  He would always tell us that he’s bigger than Penny (even though Penny is really catching up with him).  And he’d tell me hopefully, “When I’m same age as Chase, I will be tall like Chase!”  Because he confused age and size, thinking logically that the older he was, the bigger he should be.

One day, on the way to school, he cried in the car.  I asked him why, and this is what he told me:

He continued, “Can you bring me to the doctor, mommy? I want to ask the doctor to make me grow taller.”

So I scheduled an appointment with a pediatric endocrinologist.  Basically she specializes in children and growth, which involves hormones.

A year ago, I’d already asked our usual paed about Fighter’s growth. Cos he’s always 0% percentile on growth charts. T____T Our paed recommended this specialist but told us to wait until he was 4 or 5 cos by then we’d know if he’d have caught up with his peers. (he hasn’t.) 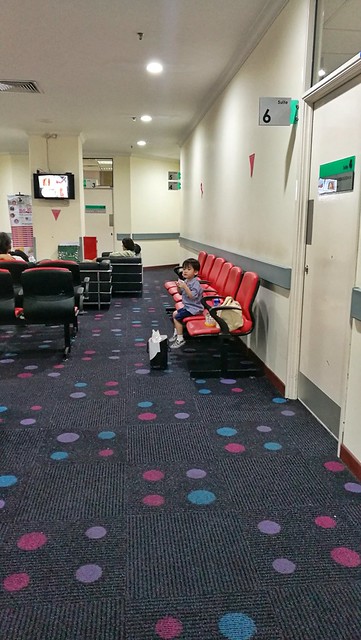 Our appointment was on a weekday so I picked the critter up early from school and went straight to the hospital.  Here he is kuai kuai waiting for his turn while eating his lunch.

Basically we got in to the doctor and we went through his history, and our family background and heights.  This is what I gleaned from our conversation:

All these factors combined will most likely result in him being a very small adult, possibly even slightly taller than me only.  When I heard this I had to work not to cry. T____T It hit me again that I failed to give Fighter the best start in life cos of my preeclampsia and malfunctioning placenta and he is this way cos of me.  (Had preeclampsia with Penny too so this is why I don’t want another child, bring another baby in to the world and give it a shit start to life for what wtf.)

The doctor told me there was a treatment available – growth hormone therapy.  It works best for children who lack the growth hormone (apparently Messi was one such case wtf) but for normal kids who are just born small, it won’t be as effective.  But the doc said that since Fighter was a preemie and had low gestational weight, he was a good candidate for it.

But the therapy is: injections. Daily. Which could go on for years depending on his progress. T______T

Monetary cost aside, are we really prepared to let our four year old endure injections every day for years? Until he turns 18 and finishes growing? Or until we feel he’s made enough progress?  It’s like being diabetic leh this treatment!

And that’s another thing — cos I don’t know the exact height he’ll grow to be if he doesn’t do the treatment, I will never know how much difference the treatment makes.  Whether the treatment was worth it.  Or whether it didn’t help at all and he would reach the height naturally anyway.

And what kind of message would I be sending to Fighter anyway? That size is so important until we gotta subject him to daily injections? And what if he ends up on the small side anyway?  Would he end up feeling that why go through all this suffering anyway if he still ends up short?

But on the other hand. What if he grows up really tiny…. and I regret not doing anything about it? What if he blames us for not taking the chance when we could?

That’s the dilemma we’re in right now.  But honestly it’s probably going to be a no go.  We are going back to see the doctor in 3 months anyway for her to monitor his natural growth.  Fingers crossed. 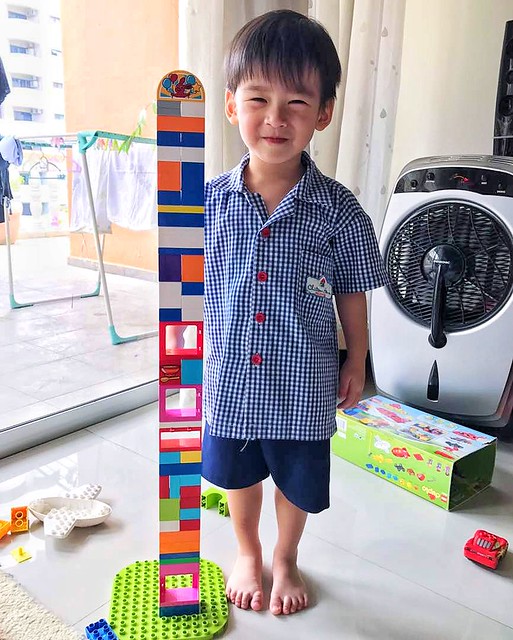