The birth and death of our AirBnB

So we’ve been running our AirBnB for a few months now.

And yea it’s been pretty interesting so far. But that’s not to say that it doesn’t come with speed bumps.

I’m writing this feeling slightly stressed about this whole AirBnB shebang so I expect to sound quite pessimistic about it.  But after experiencing this whole thing here’s the good, bad and the ugly of it.

This only applies if you started off with an empty house obviously but that’s how it was for me.  We had an empty house after our tenant moved out so I had all the creative freedom to do whatever I wanted with it — barring budget limits of course hahaha. I ended up buying most things from IKEA because… IKEA wtf.  Inexpensive and I didn’t have a lot of time so it was very easy to have a one-stop place to get everything from furniture to soft furnishings.

I love IKEA though and even without limitations I can totally see myself shopping there for everything anyway hahaha.

But it was super fun putting rooms together, something I never had the chance to do cos when we got married, we just live in a furnished apartment with Fatty’s siblings.

As a blogger I get to go to events and all is true, but I end up meeting the same people – clients, other bloggers and influencers etc. Even if it’s new people they all work in the same ad industry and uhhh are kinda of the same mould wtf no offense I am from the same mould too hahaha. So hosting on AirBnB actually opened me up to opportunities to meet different kinds of people – although mostly Malaysians and Singaporeans – but it was really interesting to me.  I also learned how to cater to different people’s needs. I felt quite proud of myself anticipating their needs and then fulfilling them.   Like a concierge wtf hahahaha additional career option yo.

You’re basically a hotelier except you’re also chambermaid, concierge, and receptionist all in one wtf.   I think it would definitely be easier if our AirBnB house was nearer to our own house la. As it is, I have to travel there every time someone checked in and checked out.  Also had to arrange cleaning after every guest and replenishing supplies.  I also learned the hard way that it’s not worth taking guests who only stay one night cos the cleaning cost is the same regardless.

This one really baffled me because I had a party who took shampoo bottles. :X I dunno why anyone would wanna steal shampoo wtf cos it wasn’t that expensive also.  And they were not even the tiny hotel bottles but regular sized Clairol Herbal Essence bottles, of which they took 4 wtf.  But there you go.  So this cost has to be born by us too.

IKR, the title is just coming out of nowhere!  What’s going on?!

Okay, basically one obstacle we’re facing is the management committee of our development.  Essentially the management is against AirBnB which comes as no surprise really.

Security is a major concern for the management and other residents naturally.  We are a gated community and the guards are very stringent with visitors and contractors, which I understand. I also don’t want security issues so I’m also very strict when approving guests.  Like I’d require verified ID and also their car number plates and ban visitors and parties.  And shared facilities are off limits.

But this particular story isn’t about AirBnB.

It’s about my clashes with the manager of the development.  He’s hired to manage and run the place smoothly so his job often takes him into conflict with me wtf.   Whenever there’s problems he’d call me up and nag me.  At times, he’d even get condescending on me fml.  I don’t like it but he’s a much older man and I accept it as him speaking through his experience to who he views as a young girl.

It got so that every new thing that went on in the house, he viewed with suspicion and would either call me or go storming up to the house.  Once I hired a truck to move some old couches from our house.  It didn’t matter that the guards informed him *I* – the home owner – was present, he still showed up and called out for me and told me he was “suspicious of the truck”. -_-

I felt like that was just some crap reason he gave.  If I wasn’t at home and some truck drove up and started throwing furniture in, then yea BE SUSPICIOUS BY ALL MEANS.

But I am at home leh!??? I want to clear out my entire house is my business, isn’t it?

Anyway, I attributed it to him being a grumpy man and very diligent in his job.  I had to give it to him though – he did his job very well.  Nothing escaped his notice and I do appreciate his conscientiousness in keeping our area safe.

But recently we lent our house to our friend HY who runs a bedding business.  She wanted to borrow our bedrooms to photograph her new sheets. As usual, I informed the manager, let her and her team in, then left.

At 5 pm, I received a call from the manager. He told me HY and her team couldn’t be allowed to stay on after 5 pm. Either I came over now, or they would be treated like “outside contractors” and asked to leave.  He also asked me if she intended to take photos of the neighborhood, to which I obviously answered a shocked no wtf.  Then he said oh ok, because we’re a bit suspicious that she arrived, locked herself in the house and ordered pizza in.

Huh? He own self say she ‘locked’ herself up, so it’s not like her behavior indicated she was going to go out and paparazzi the neighbors.  And is she not supposed to lock the door? Confusing.

I thought it was super weird!  So we’re not even allowed to have friends over now?  They’re not even staying the night!  Is my house actually a chaperoned slumber party?  But again, I attributed it to the manager doing his job and being stringent on security.  HY wasn’t done with her work yet though so I told Fatty, who’s actually HY’s friend first and her husband was one of his best men at our wedding.

Fatty thought it was ridiculous and called the manager up and asked what was this he heard from me.

Yes, the manager said OHHH SHE’S YOUR FRIEND? He didn’t mean they can’t stay. They’re welcome to stay there as long as HY is there too!

Every thing I do I get watched like I’m a suspect but the minute my husband calls, everything is A-OK? What was that about????

I have no idea what’s going on.  He knew from the start that HY was a friend of ours.  Did he just not trust me because I look like a little girl? Hello, Fatty looks super young too what (and the manager has seen him), why he pass I fail?  Is it because I am female?  Is this some misogynistic thing?  Does he prefer dealing with the “head of the household”? *grimace*

Or did he think I was going behind my husband’s back? Who knows?

This is the first time in my entire 30 years I feel so discriminated against.

I’m super fed up with him now la whatever it is. Fatty is good at hiding his feelings and being buddy buddy with unlikable people but I’m not.  So now I just let Fatty deal with him.  Whatever I request cannot go through anyway. *rolls eyes*

Anyway, the point is, thanks to all the trouble and pressure the MC has been giving us, we are probably going to stop doing AirBnB and try to rent it out long term again. 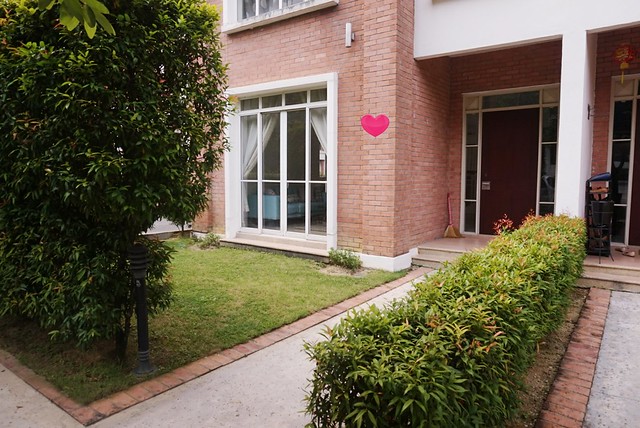 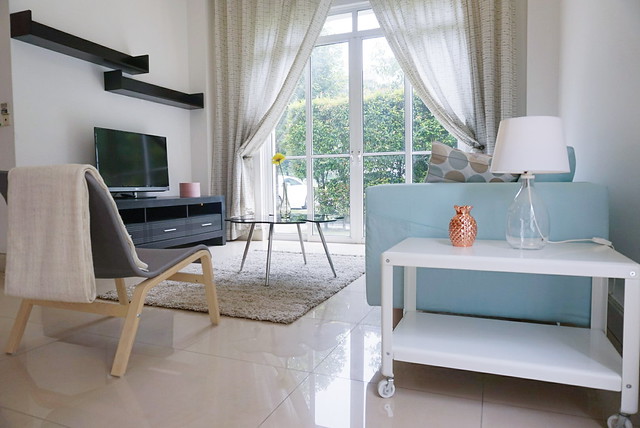 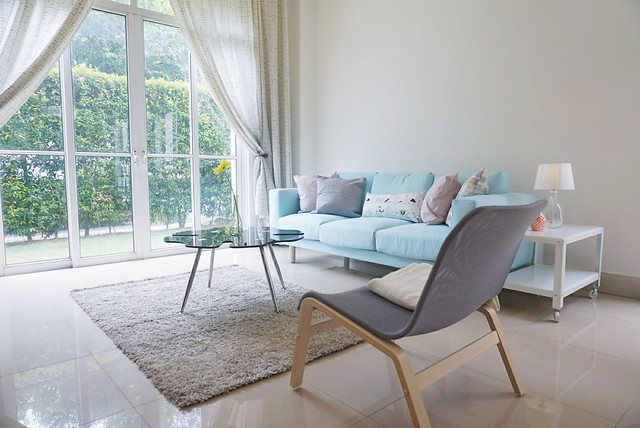 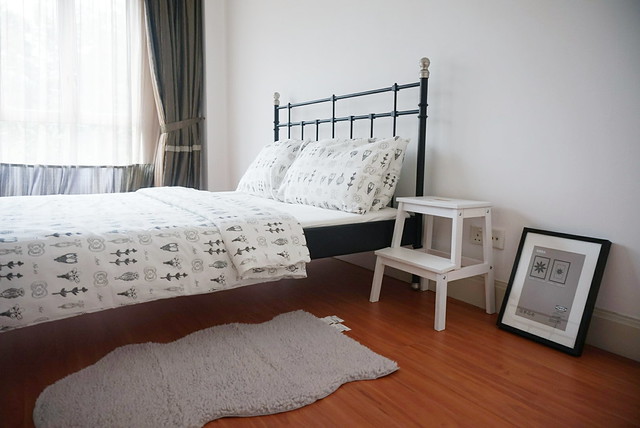 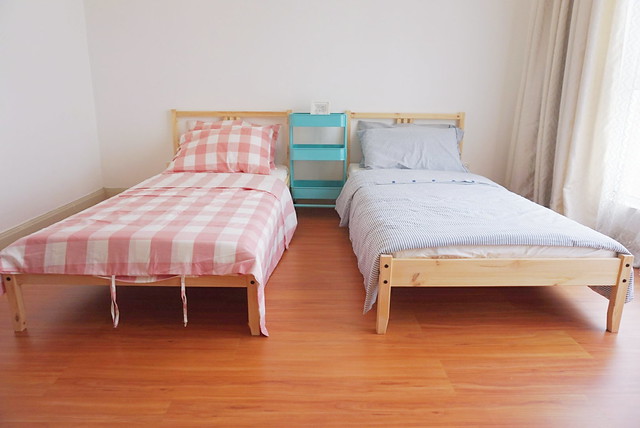 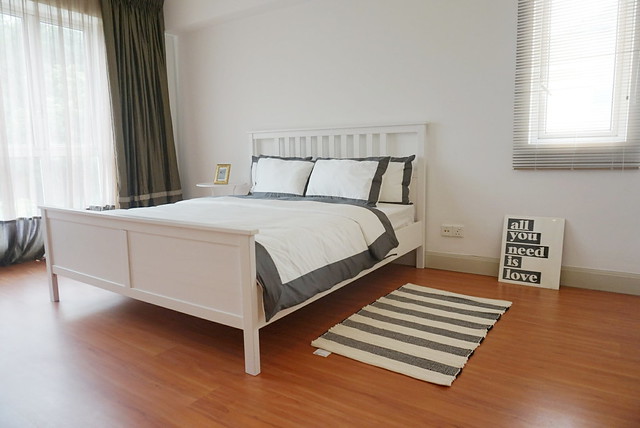 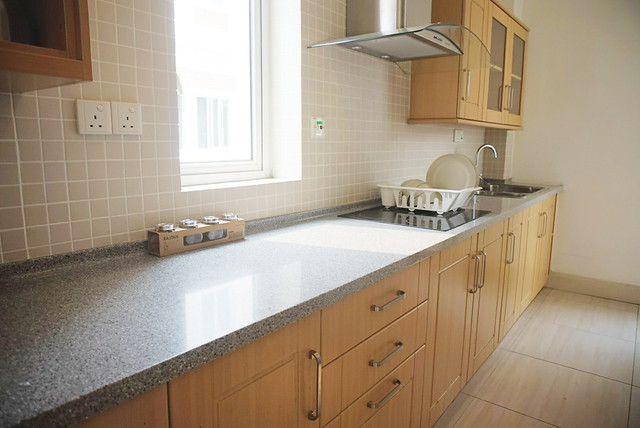 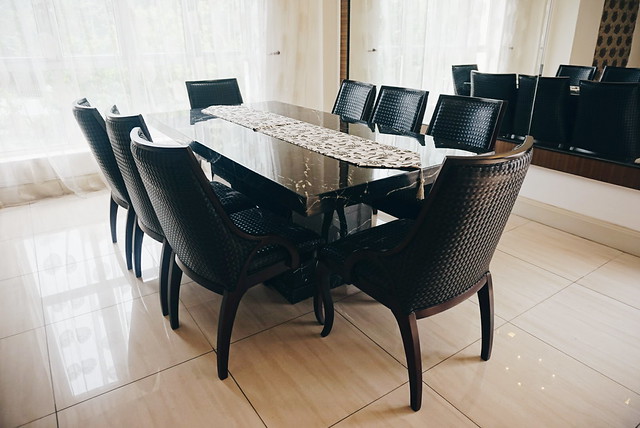 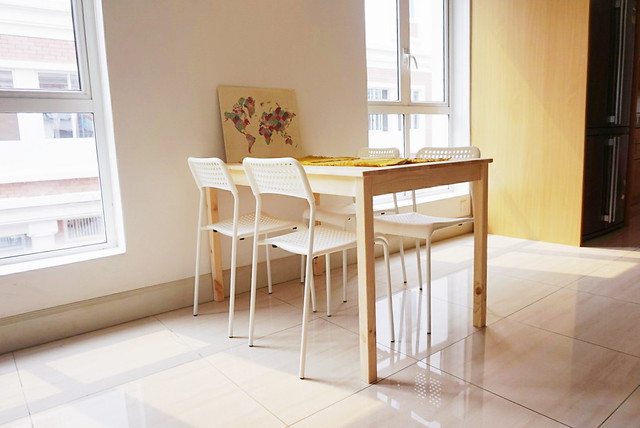 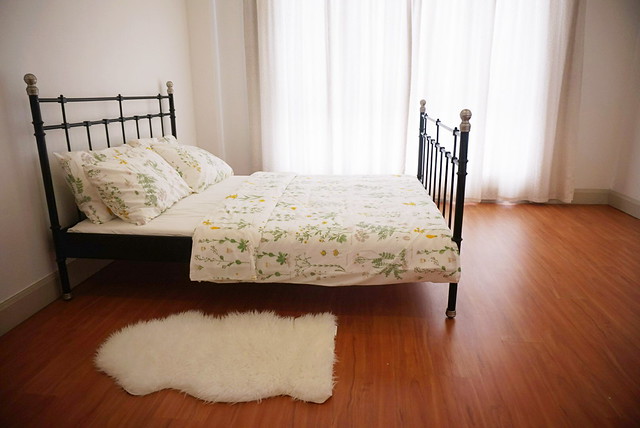 It’s a 4 bedroom semi-D in a gated community in the Solaris Dutamas area.  If anyone is interested in a rental, please email me at fourfeetnine[at]gmail[dot]com. Thank you 🙂